Viewer or voyeur? How Prada’s AW20 set played with perspectives

Greek mythology credits him as being responsible for carrying the weight of the heavens upon his shoulders: the valiant Atlas is a symbol for endurance itself. The Titan god made an appearance at Prada’s AW20 show in Milan, situated squarely in the centre of the unconventional, OMA/AMO-conceived runway in the form of an abstracted statue composed by a series of interlocking planes.

It’s impossible not to read into Atlas’ inclusion in the show at a time when dystopia and apocalypse have understandably become recurrent tropes in fashion (the partially sunken Balenciaga AW20 set being perhaps the most overt example to date). Bathed in ominous red light and plastered in graphic surfacing, Prada’s runway – installed at Fondazione Prada’s Deposito as usual – adopted a decidedly Hitchcockian atmosphere. AMO developed set of imaginary piazzas targeted at manifesting ‘the abstract energy of the public arena’, according to a spokesperson for Prada. 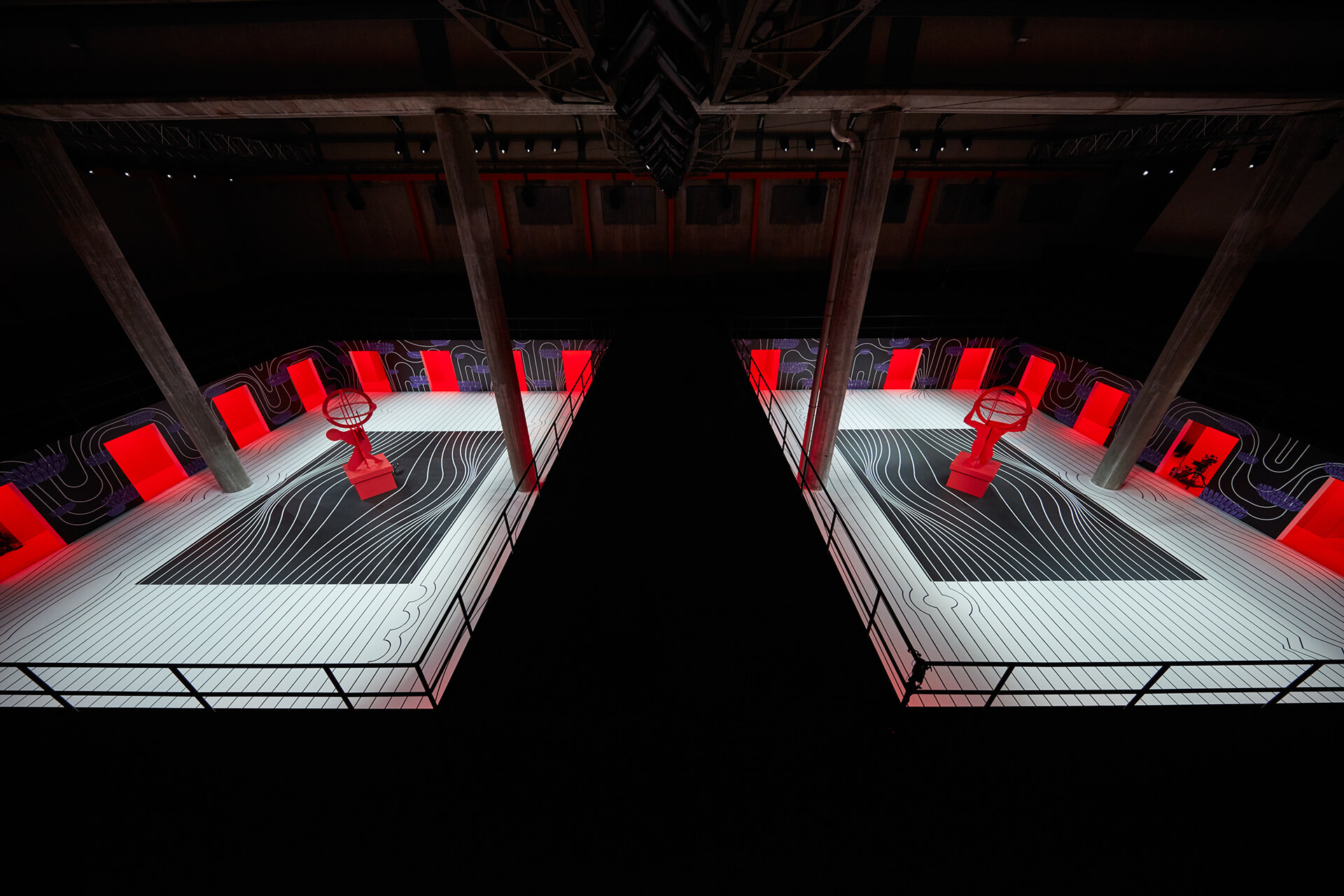 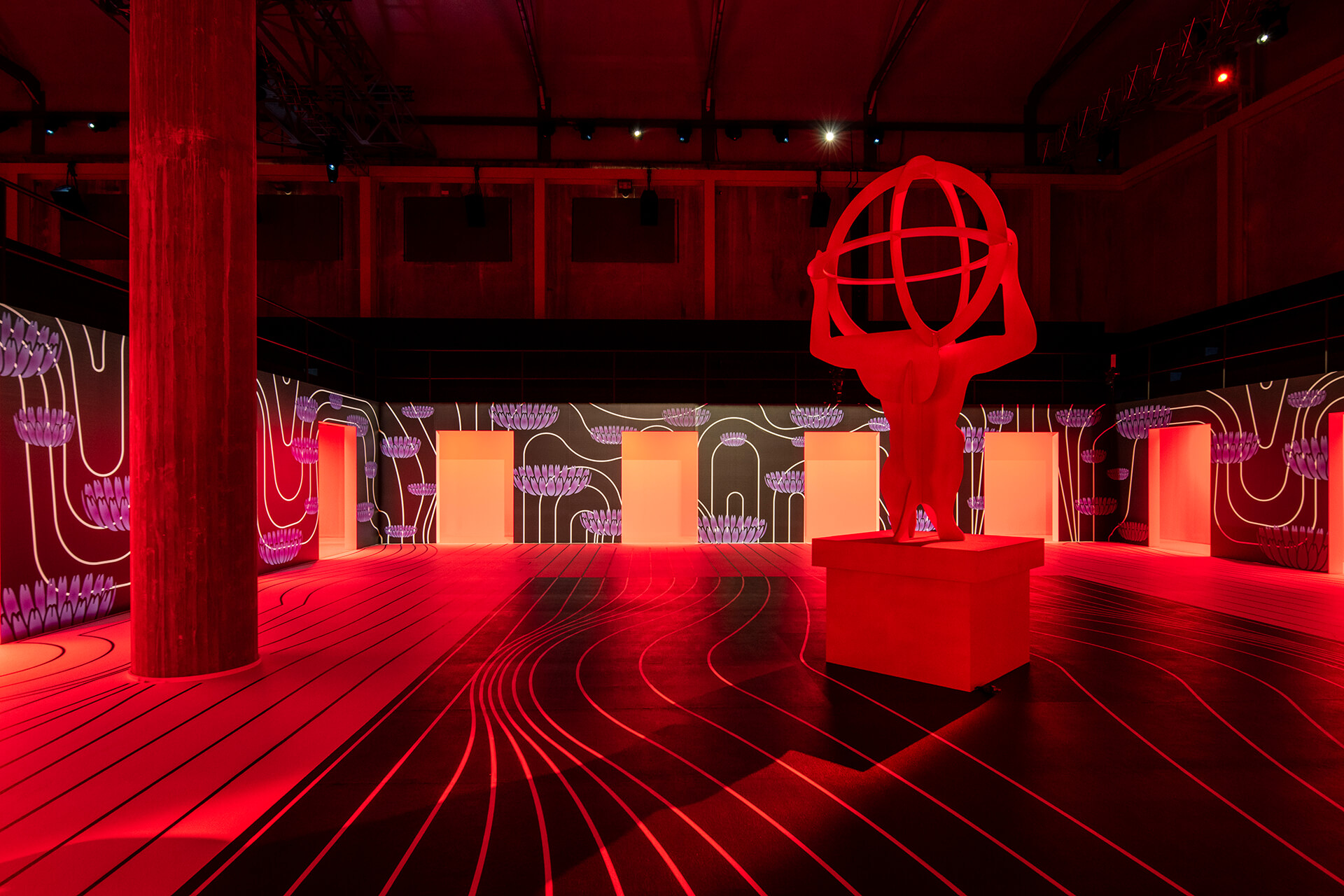 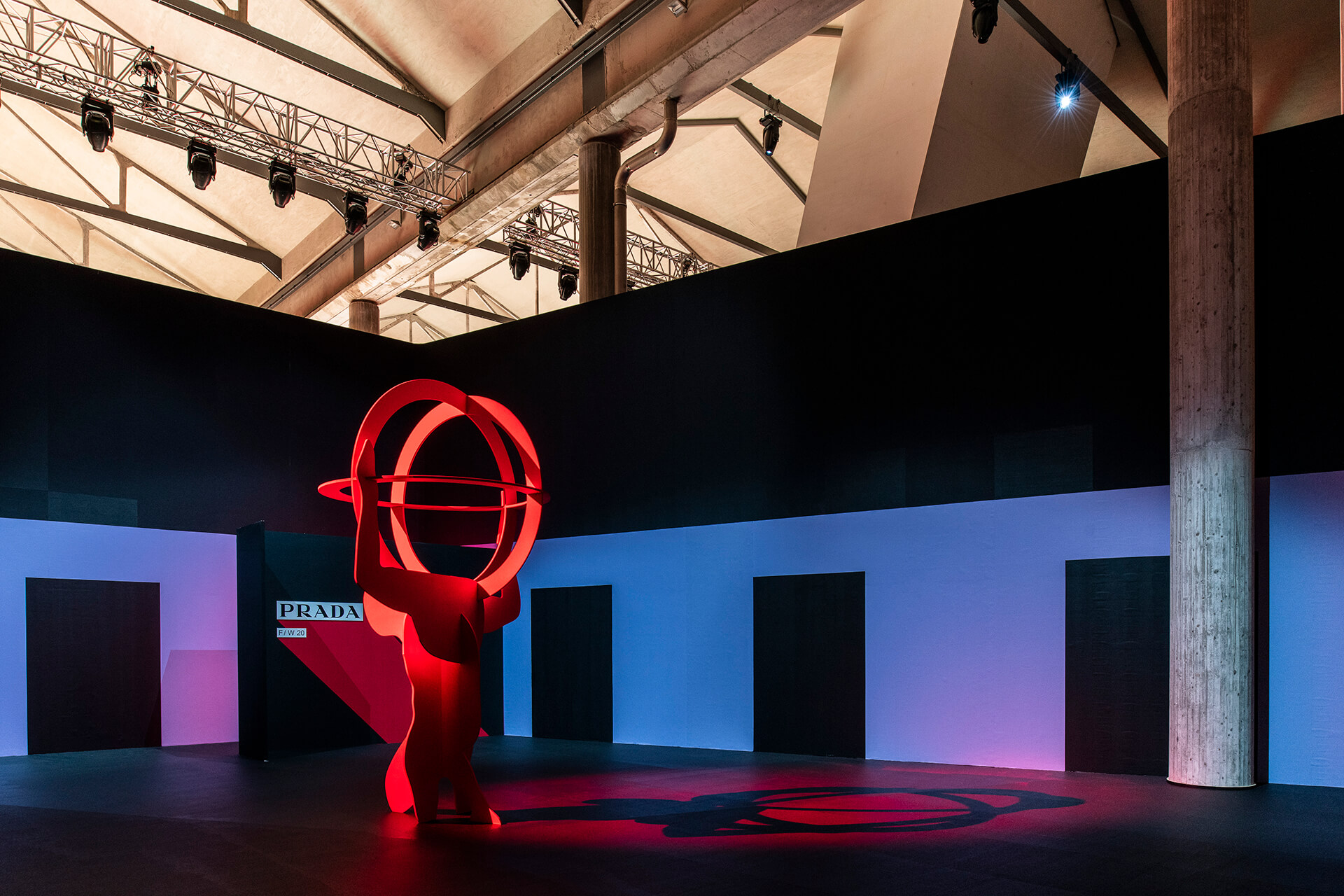 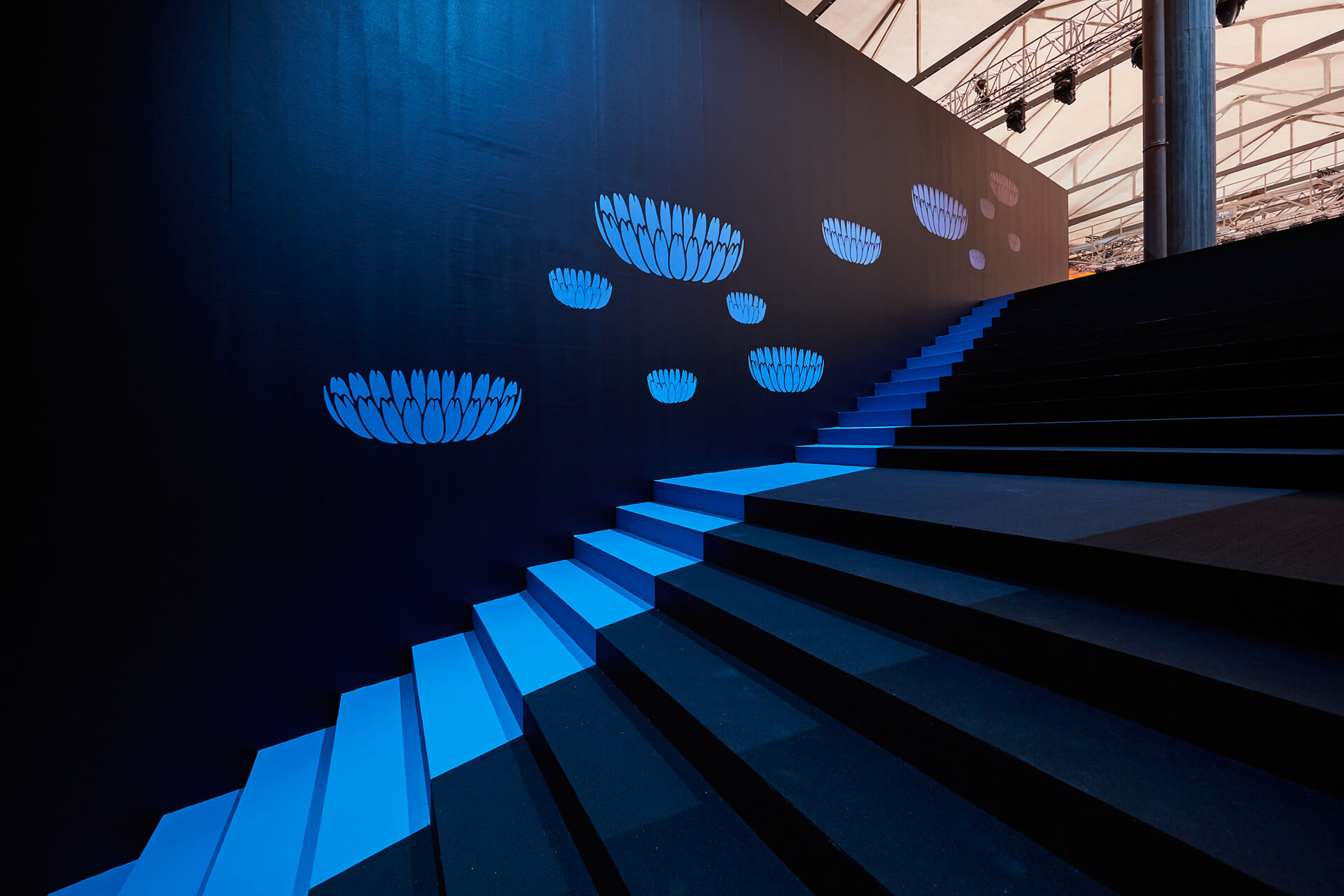 Guests, guided to ascend a grand staircase to reach the show, arrived at a raised platform overlooking two identical ‘voids’ containing the same fictional courtyard. Outlining the courts were a series of seemingly origin-less, symmetric portals that models randomly wandered throughout, appearing and disappearing. The walls of these portals were covered in geometric florals inspired by the faҫades of Viennese Secessionist buildings, the floors in sinuous lines snaking across a black box outlined in white: these shapes traced, deflected from and engaged with openings in the courtyard.

Trajectories, as the show was titled, was intentionally voyeuristic. By detaching the audience and leaving visitors only with a birds-eye view of the happenings on-stage, the set ‘blurred the boundary between the exposed and the concealed’ – indeed a good way to leave show-goers anxiously anticipating the future.