Wanna One gives Alicante a fishbowl of innovation

While many companies around the world have been reaping the benefits of co-working spaces for several years, in the Spanish region of Alicante it is new territory. Featured in The Other Office 3, Knowhere is the first of its kind, born from the wordplay between ‘knowledge’ and ‘nowhere’: the two key terms identified in the design brief.

Spanish design studio Wanna One creates a minimalistic interior that straddles the ethereal and the futuristic. However, the clean white workspace is prevented from becoming too stark or clinical with design anomalies – most notably, in the form of an electrifying peacock-blue box at the centre of the space. Dubbed the ‘fishbowl’ by the designers, the blue cube extends rails of cables towards the desks like tubes that keep workers ‘“hydrated” with talent and excitement’. 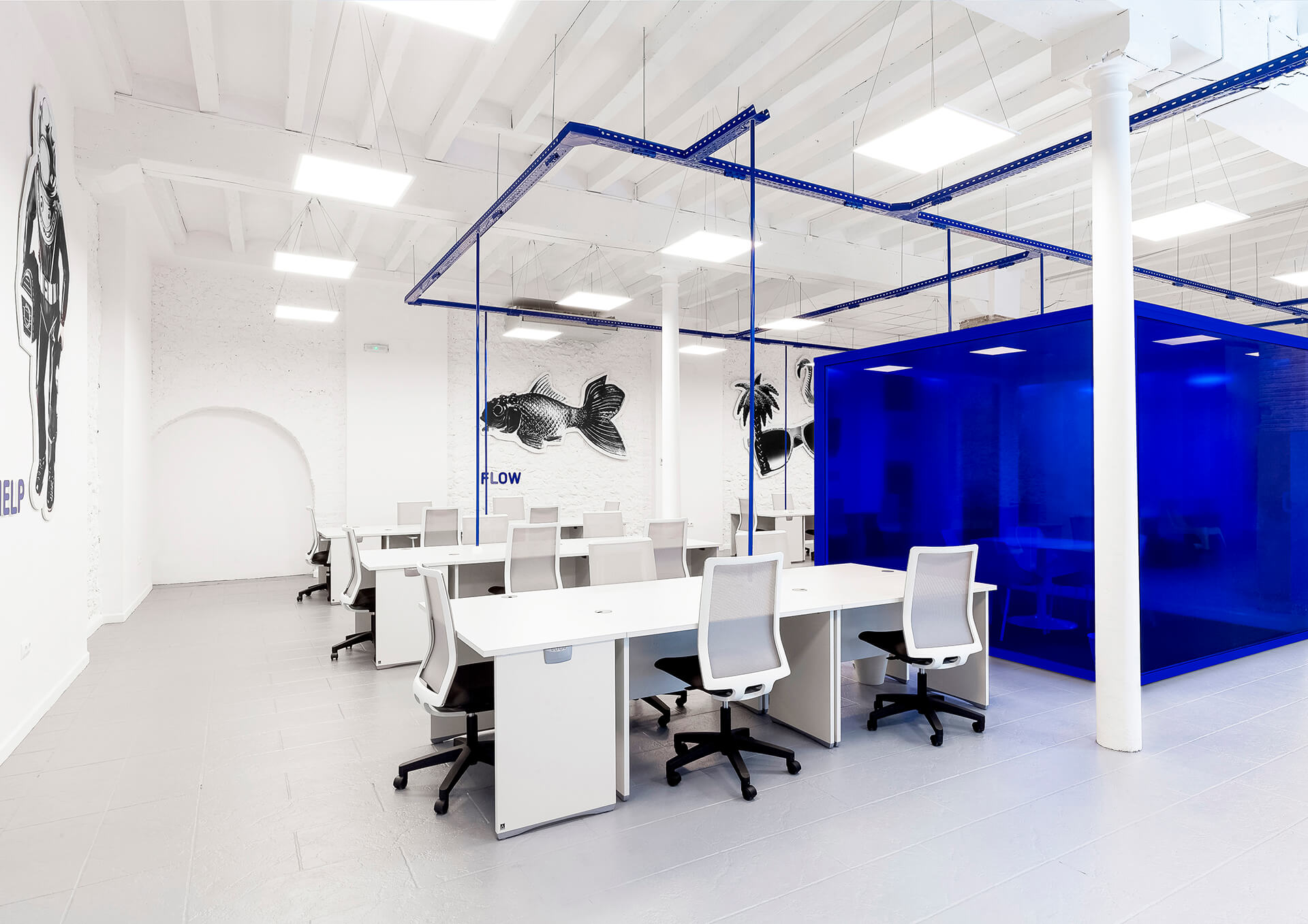 A meeting space for up to six people, the fishbowl has also released some eccentric characters into the open-plan workspace: giant goldfish and 19th-century divers float on the white walls that surround the cube. 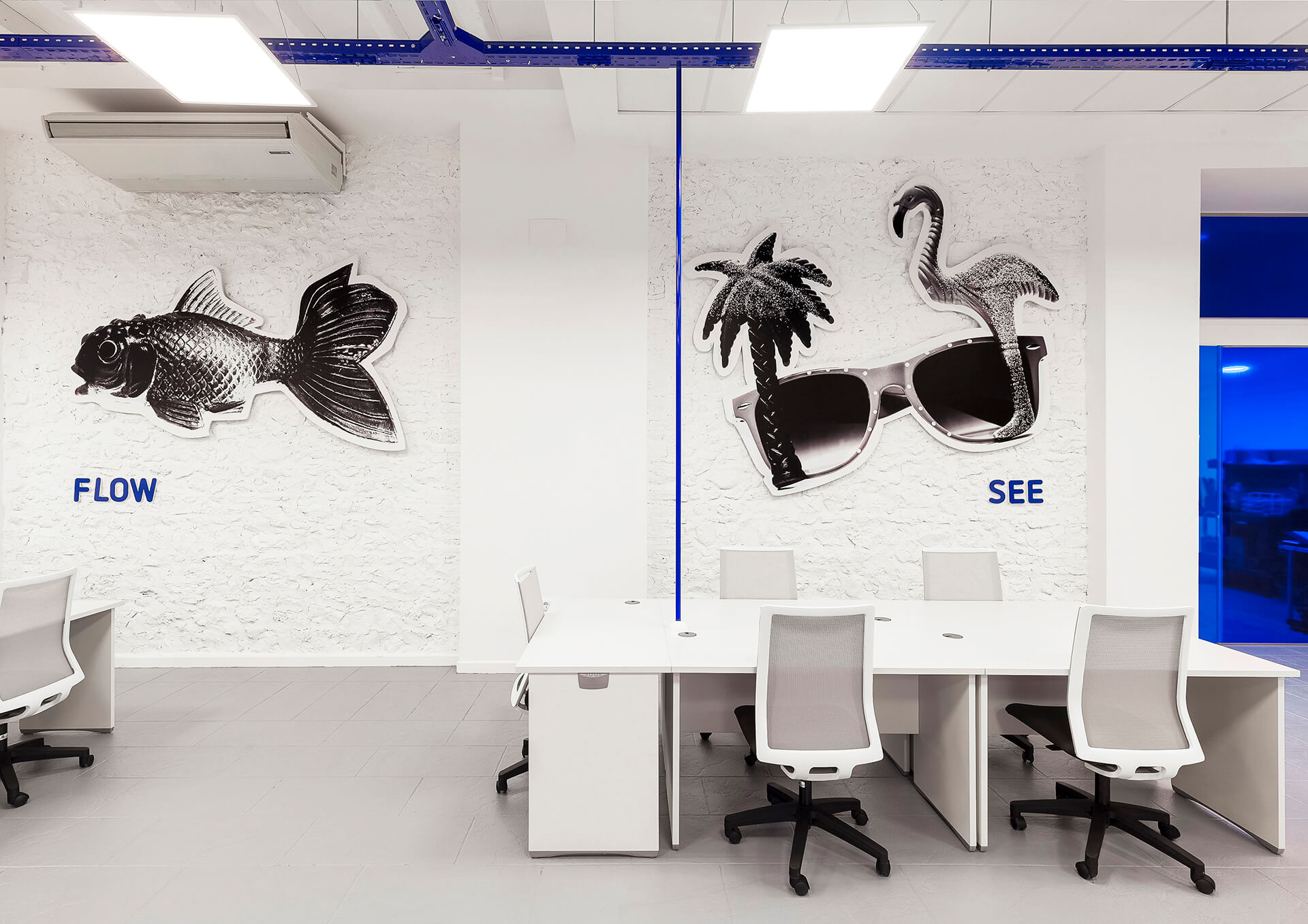 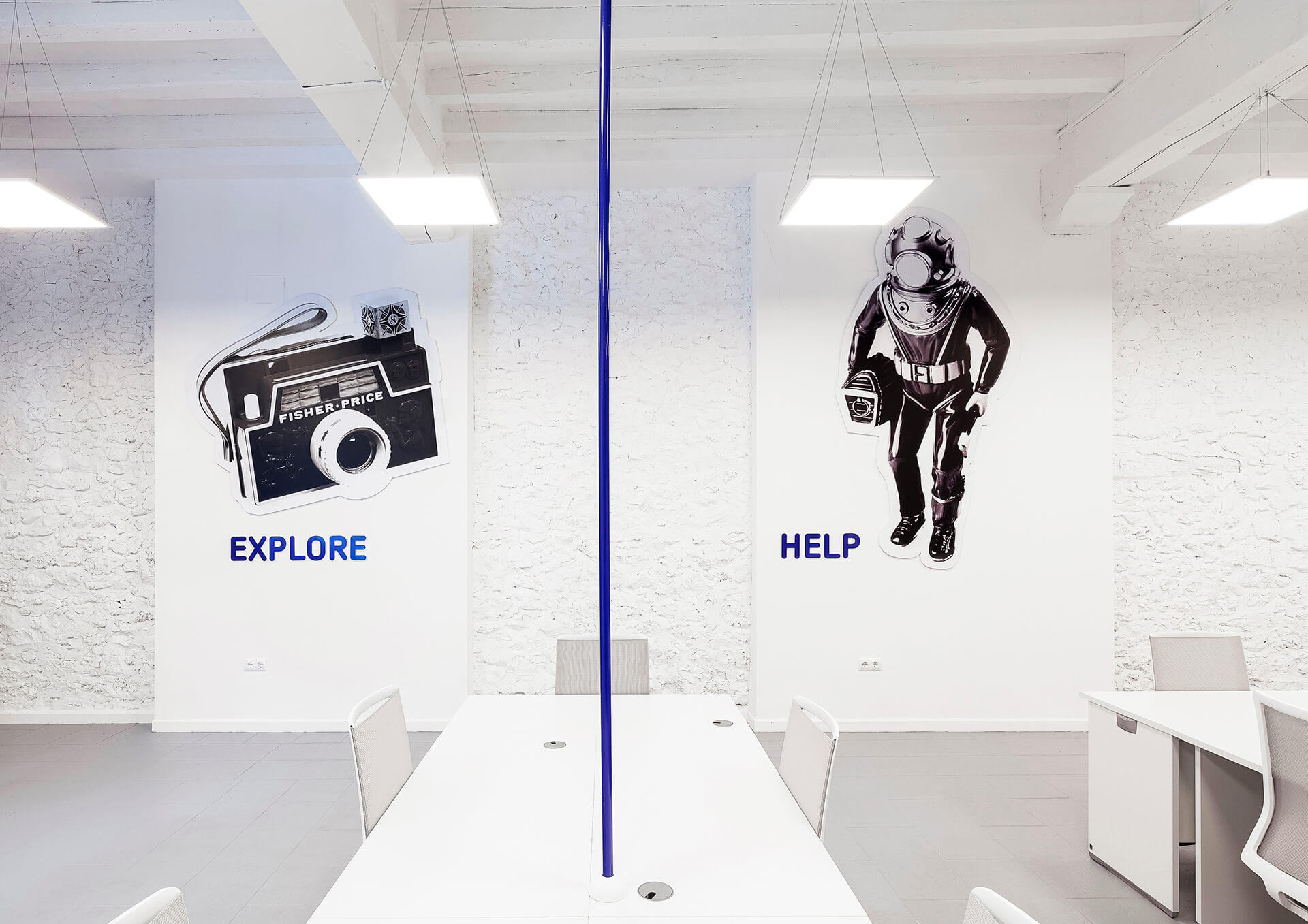 The 350-sq-m office provides 30 standardized workstations, but is prepared to grow to accommodate up to 75 co-workers. Furnished with Actiu desks and conference chairs, Forma 5 office chairs and Setroc lockers, the facility is occupied by multipurpose rooms across two levels. Maximizing functionality with a focus on creating a comfortable environment to spark innovation, Wanna One gives the region’s first business centre a unique visual identity. 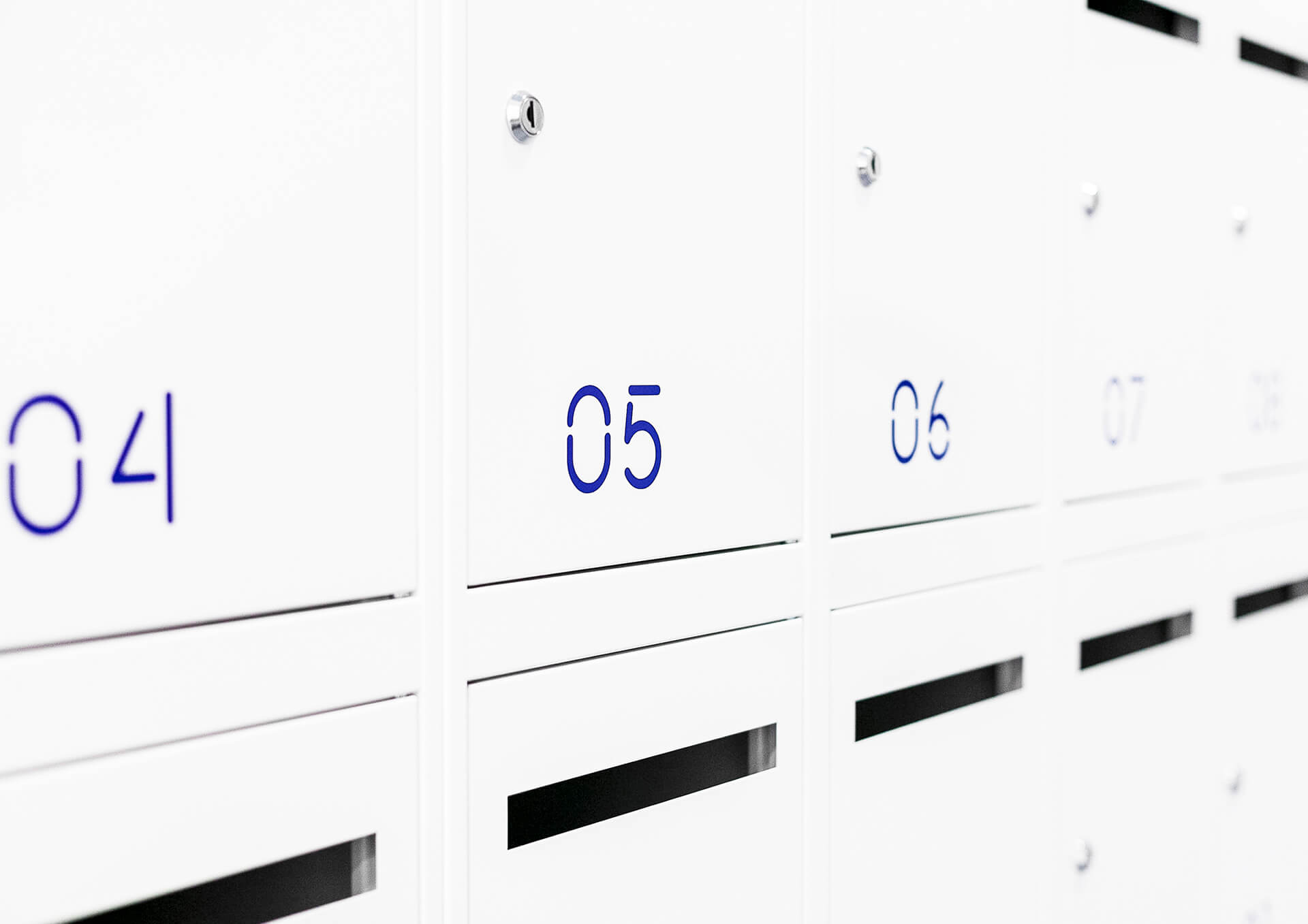 Lockers were manufactured by Setroc. 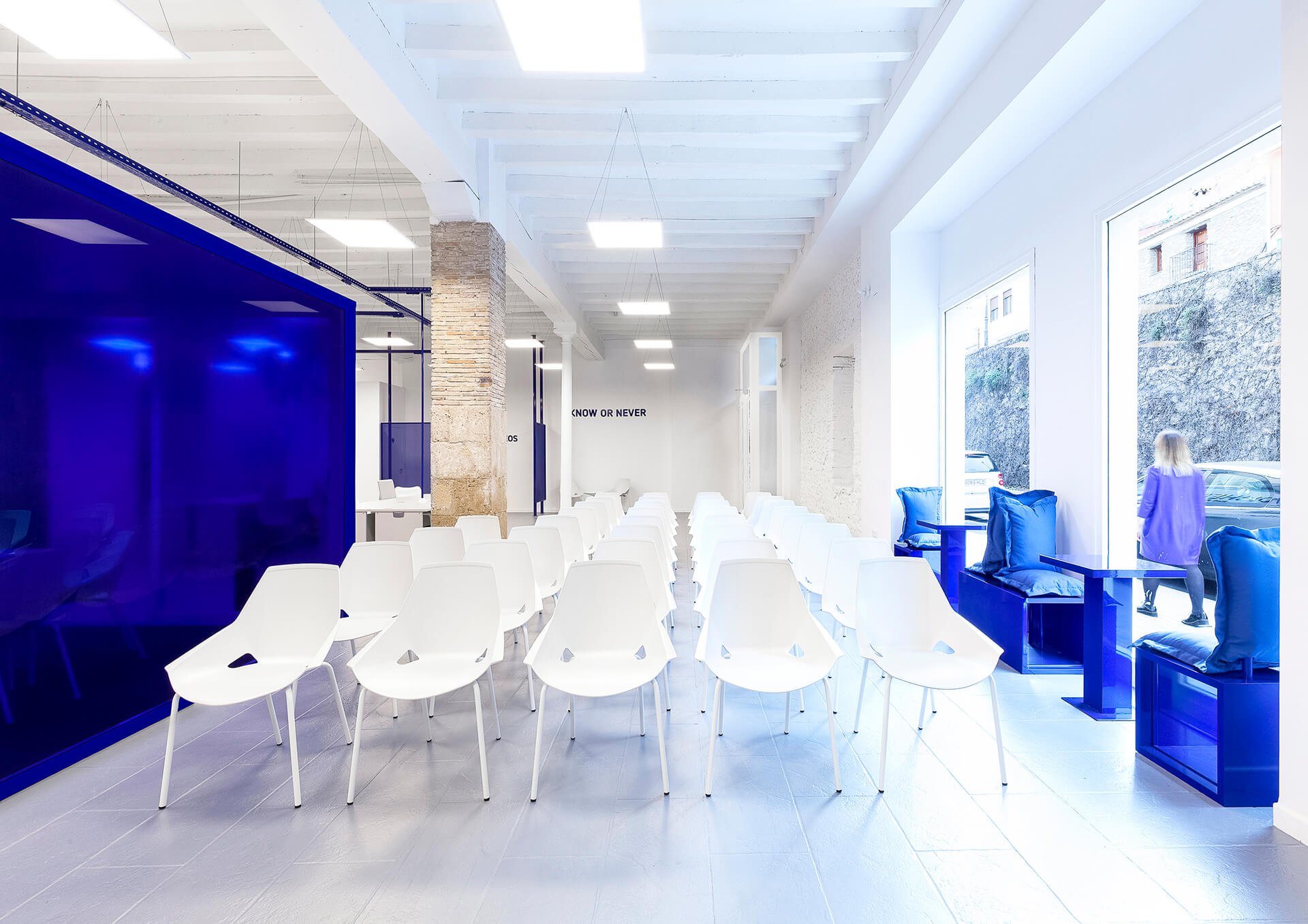 See more exceptional projects like this in The Other Office 3, which is now available for preorder with 20% off.