Want a workplace that feels like home? Hire an architect with residential expertise

Video game studio Eidos Interactive knew what it wanted when expanding its workspace – or, rather, what it didn’t want. Unimpressed by the impersonal nature of commercial workplace proposals, the company approached local architecture studio La SHED, whose strong portfolio of residential work fought convention to create a space that felt like home.

Having grown in size, Eidos needed to rethink the way in which the office worked holistically for its 500-strong workforce. Taking the concept of ‘resimercial’ as a hybrid between work and home, La SHED organically translated the large, open space into a miniature village embellished with small houses for private working, open streets for collaboration and a generous ‘town square’ to create communal infrastructure for idea sharing. To encourage socializing and collaboration, a social stair forms the heart of the village, facilitating a public forum and creating transparency between floor levels. 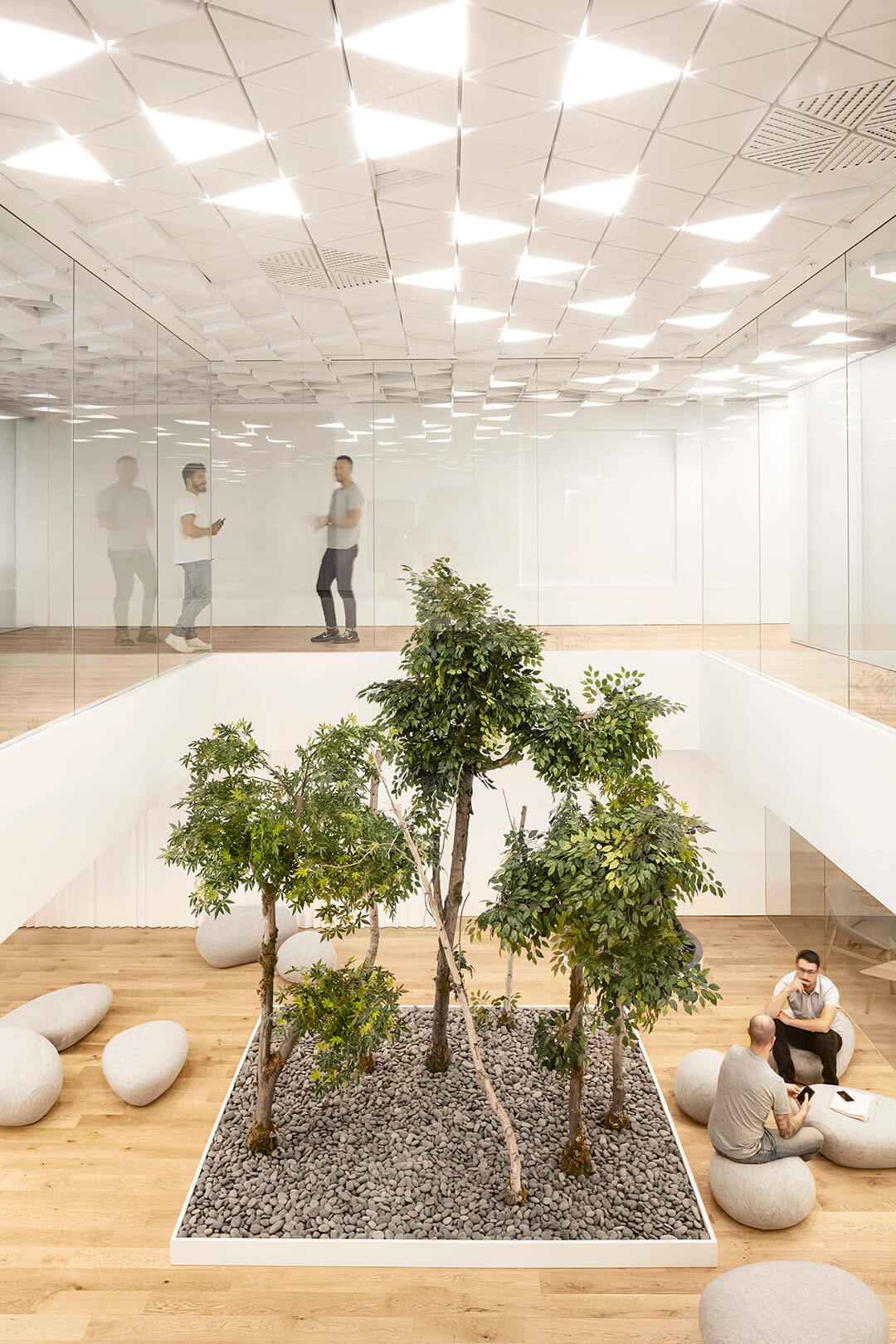 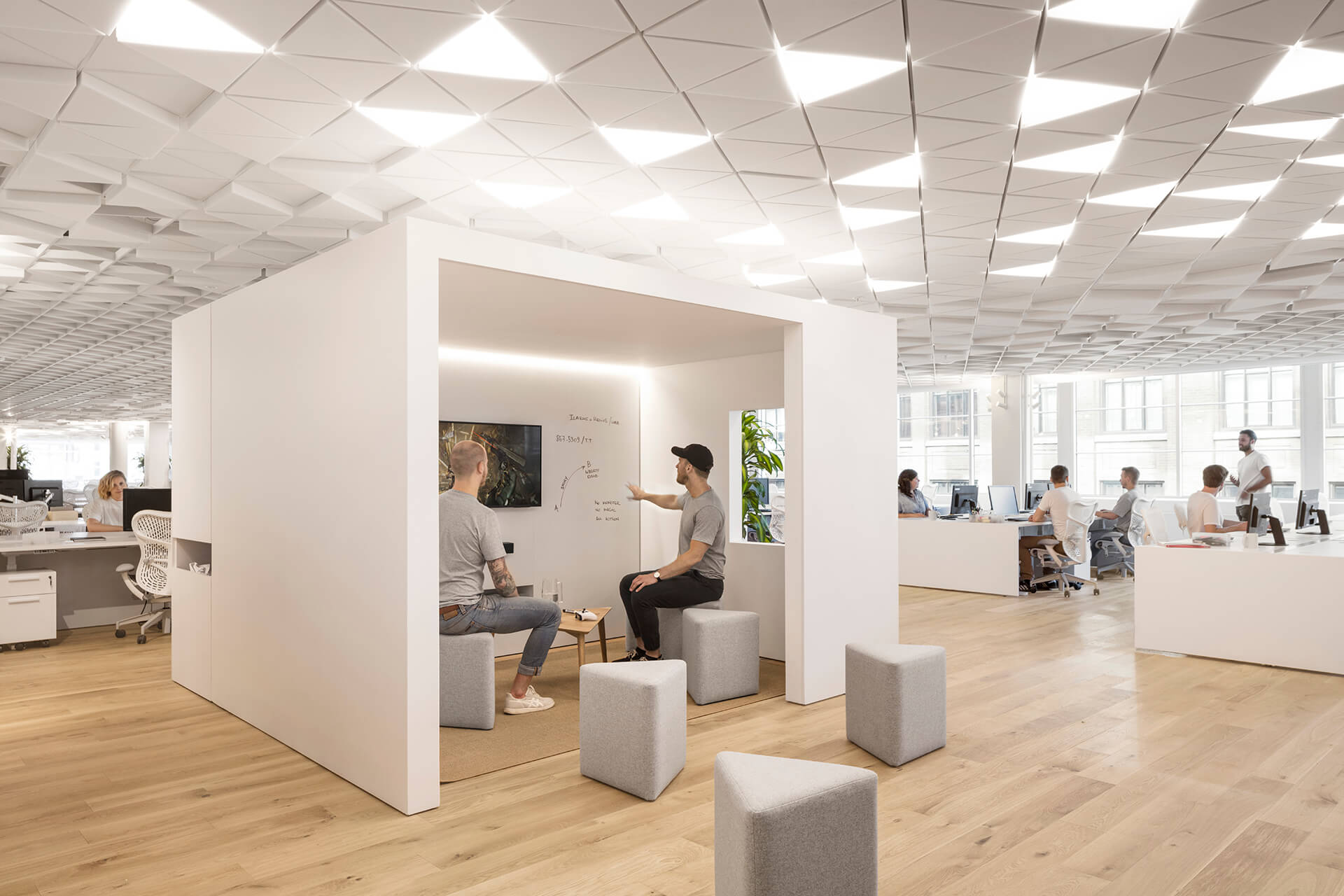 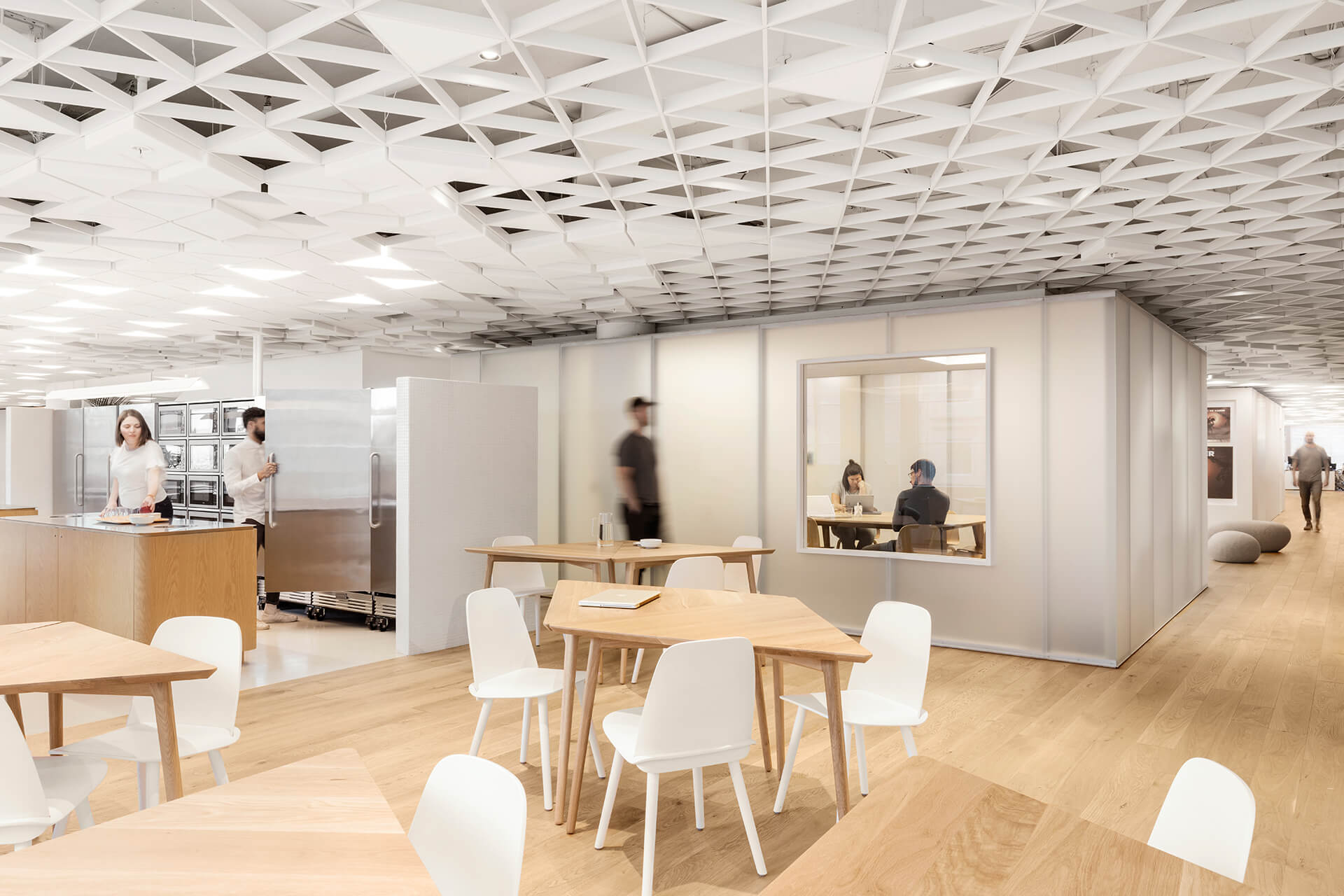 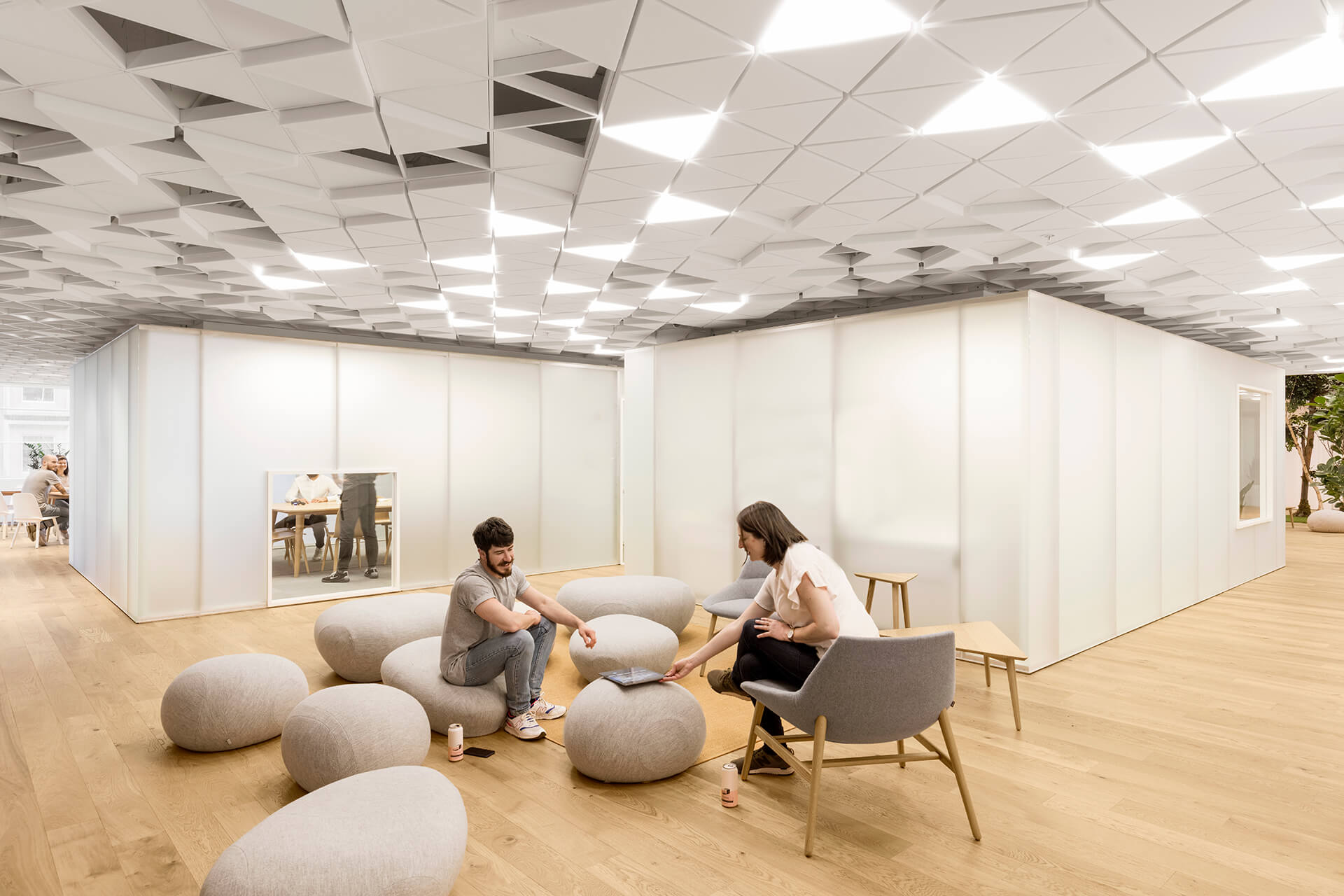 Oakwood flooring breaks up the white walls and ceilings, creating a minimalist Japanese aesthetic that connects Eidos to its parent company, Square Enix. Bright triangular fixtures are installed into the ceiling, acting as way-finding devices that evoke movement and highlight the communal spaces.

The new workspace also incorporates the new technologies –  such as a motion capture and high-performance photogrammetry studio, a user research lab, a 4K projection room and a voice recording and mixing studio – making it amongst the most cutting-edge in-house offices in the industry. By constructing an environment that allows the studio to develop its gaming expertise, while attracting and retaining talent with its warming spatial design, Eidos-Montreal generates a new philosophy which will take the company into the future.