Want to get sound installations right? Learn from this Venice Biennale exhibition

You could have been fooled into thinking that the Icelandic Pavilion at this year’s Venice Art Biennale was just well executed Instagram fodder. Chromo Sapiens had, upon first glance, all the requisite trappings of such photogenic spaces: a cave-like controlled environment, bright neon hues and an odd use of material – floor-to-ceiling synthetic hair, made to look as if troll dolls were hanging bat-like from the ceiling, forming mane stalactites.

But for Shoplifter, the artist behind the installation, the visual fest was a means to an end: those who ventured out to the quiet street on the island of Giudecca, far from the Giardini and the Arsenale, found themselves in one of the most serenely haunting sound installations the event has offered in years. ‘Instagram is limited to a tiny screen and tiny speaker, and by design is different from the actual real world surrounding us,’ said the New York-based creator, whose real name is Hrafnhildur Arnardóttir. ‘I aimed at creating full analogue multisensory experience when you are surrounded by the real world, which includes sound coming from all around.’ 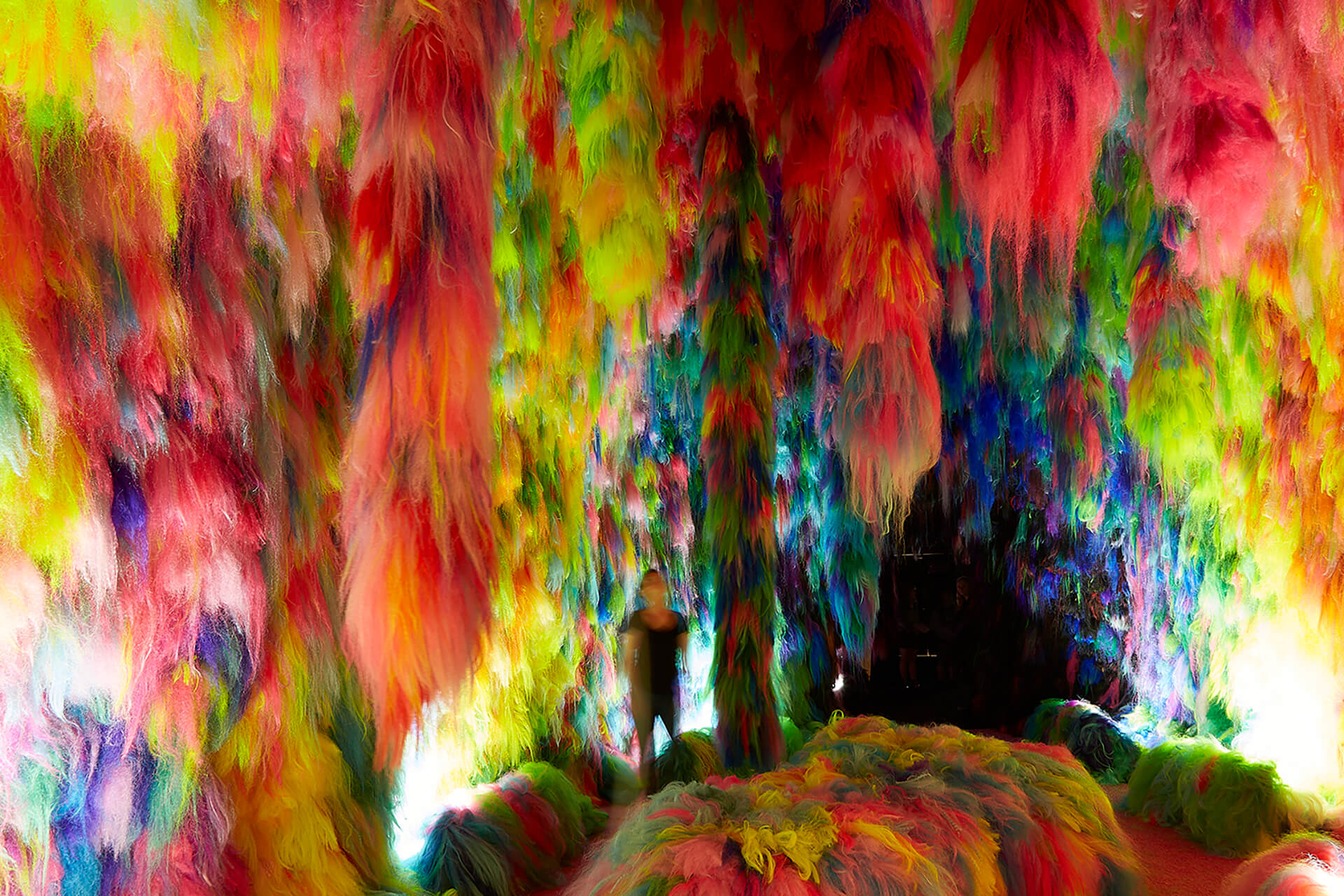 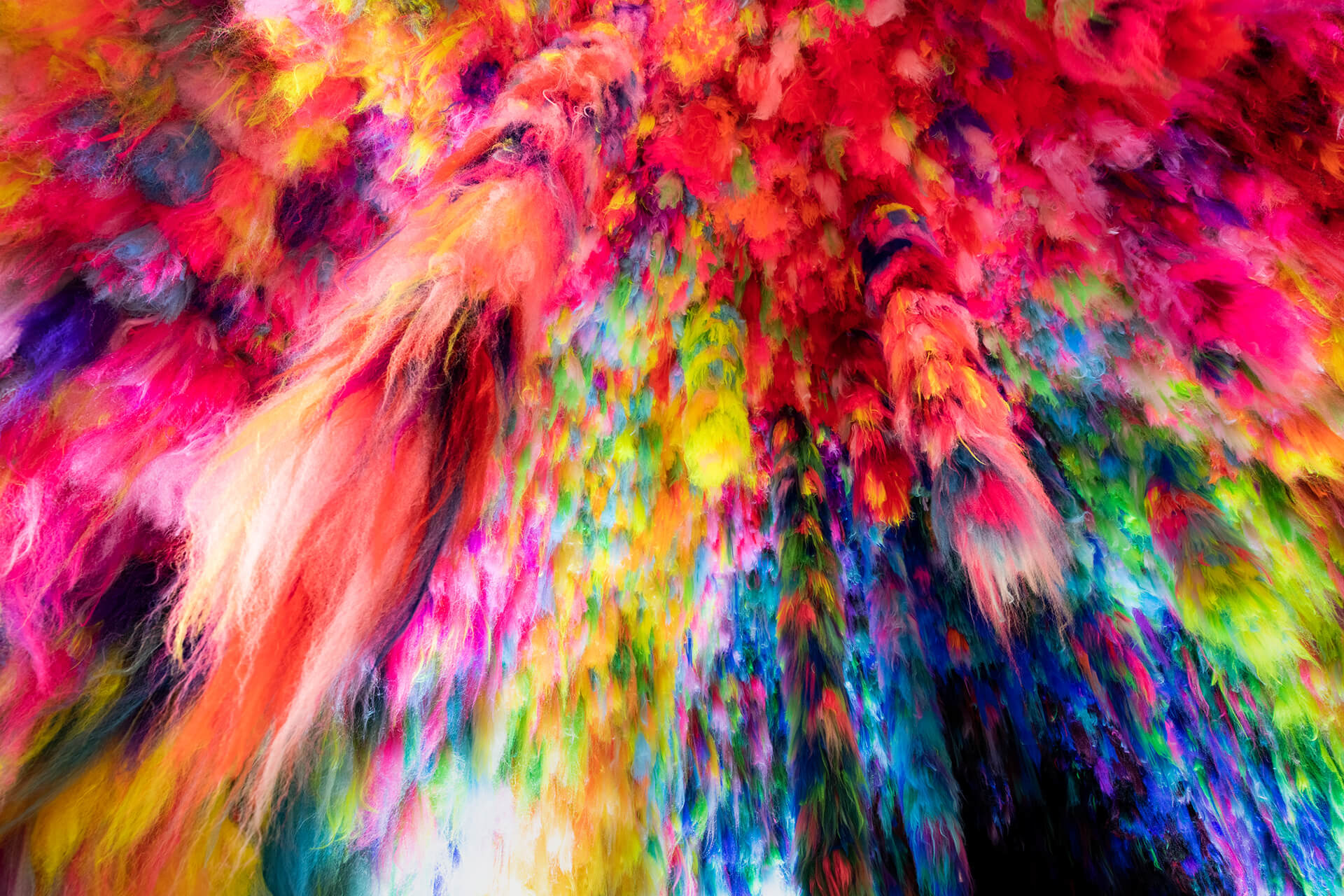 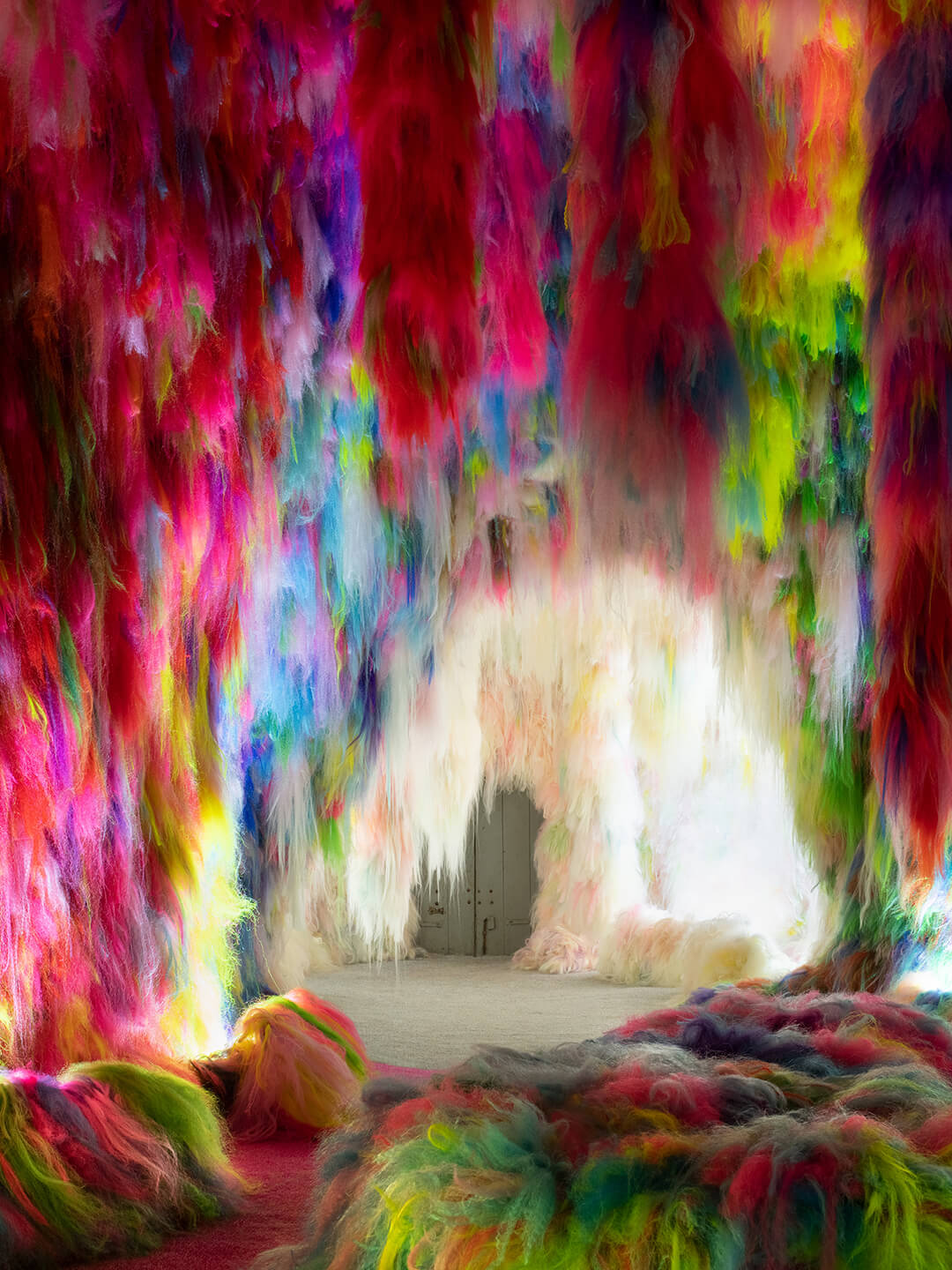 On your phone, you can’t savour the shock of having 24 meticulously positioned speakers shower you with soundwaves

To be sure, multichannel sound installations are experiencing a surge these days: as Instagram’s audiovisual capabilities render many trips to experiential installations relatively unnecessary, artists and designers are fighting back by engaging the senses that still aren’t served by Facebook’s mighty app – that explains the rise in haptic, olfactory and sound experiences we’ve seen as of late. Here at Frame we refer to that trend as ‘the thinking woman’s Instagram shot’: most of these installations are meant for a female audience, but by providing an (often didactic) element of you-had-to-be-there, institutional shows and brands are taking back the reigns of the in-situ experience. In other words: on your phone, you can’t savour the shock of having 24 meticulously positioned speakers shower you with soundwaves.

But what made Shoplifter’s proposal so effective wasn’t just the captivatingly eerie eight-minute composition by Icelandic metal band HAM – sound engineer Timothy Glasgow and producer Skúli Sverrisson went so far as to record and mix the piece inside the three caves after they had been set up, for added precision. The magic came from an often overseen technical aspect: many multichannel installations rely on a series of amplifiers placed at flying-V formation or a square setup at an average ear height – often, that of a man, as displayed in installations such as James Richards’ Music for the gift, Zad Moultaka’s SamaS and Hassan Khan’s Composition for a Public Park, from the 2017 edition of the art biennale.

Some people compared this piece to real virtual reality experience, without virtual goggles and gear 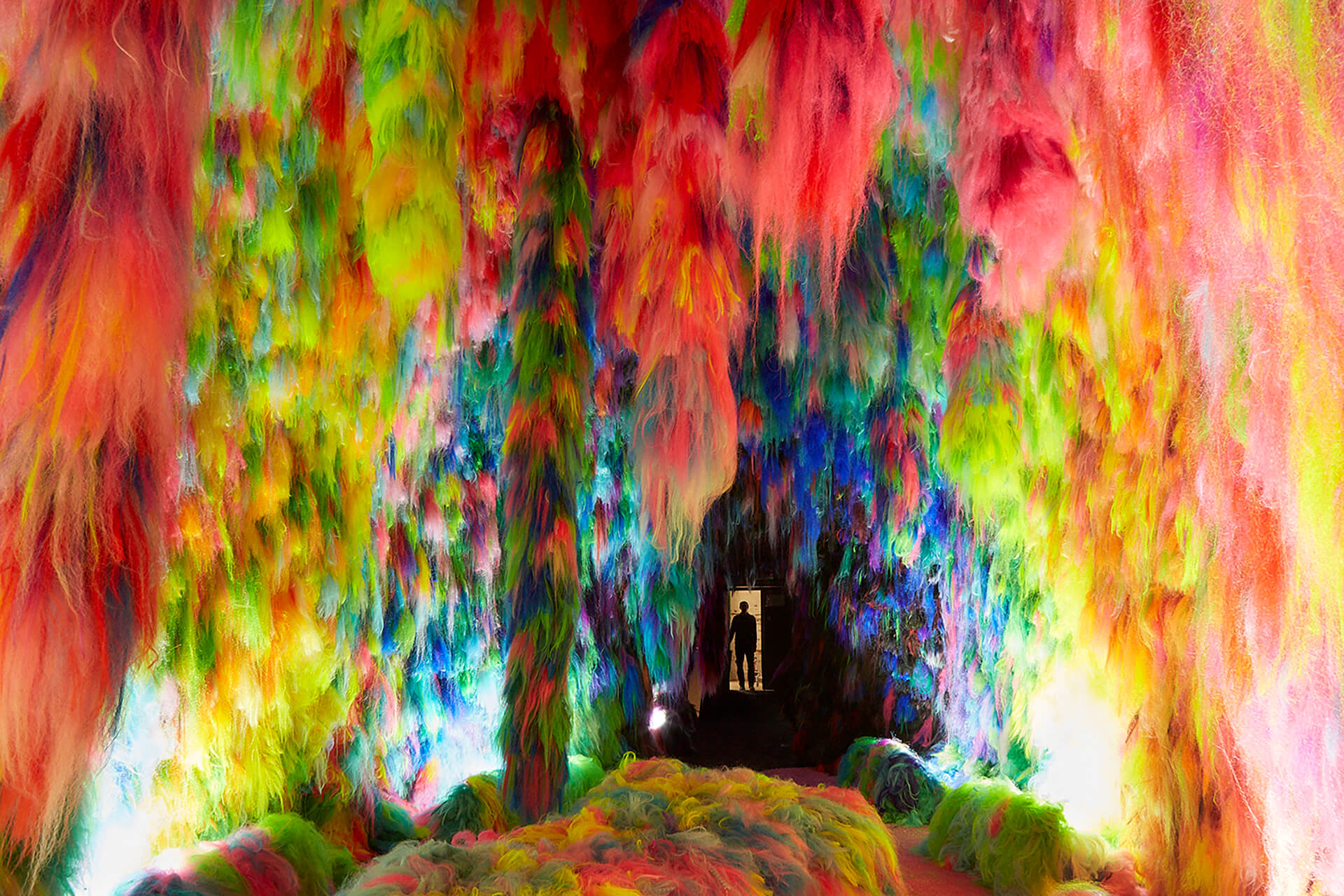 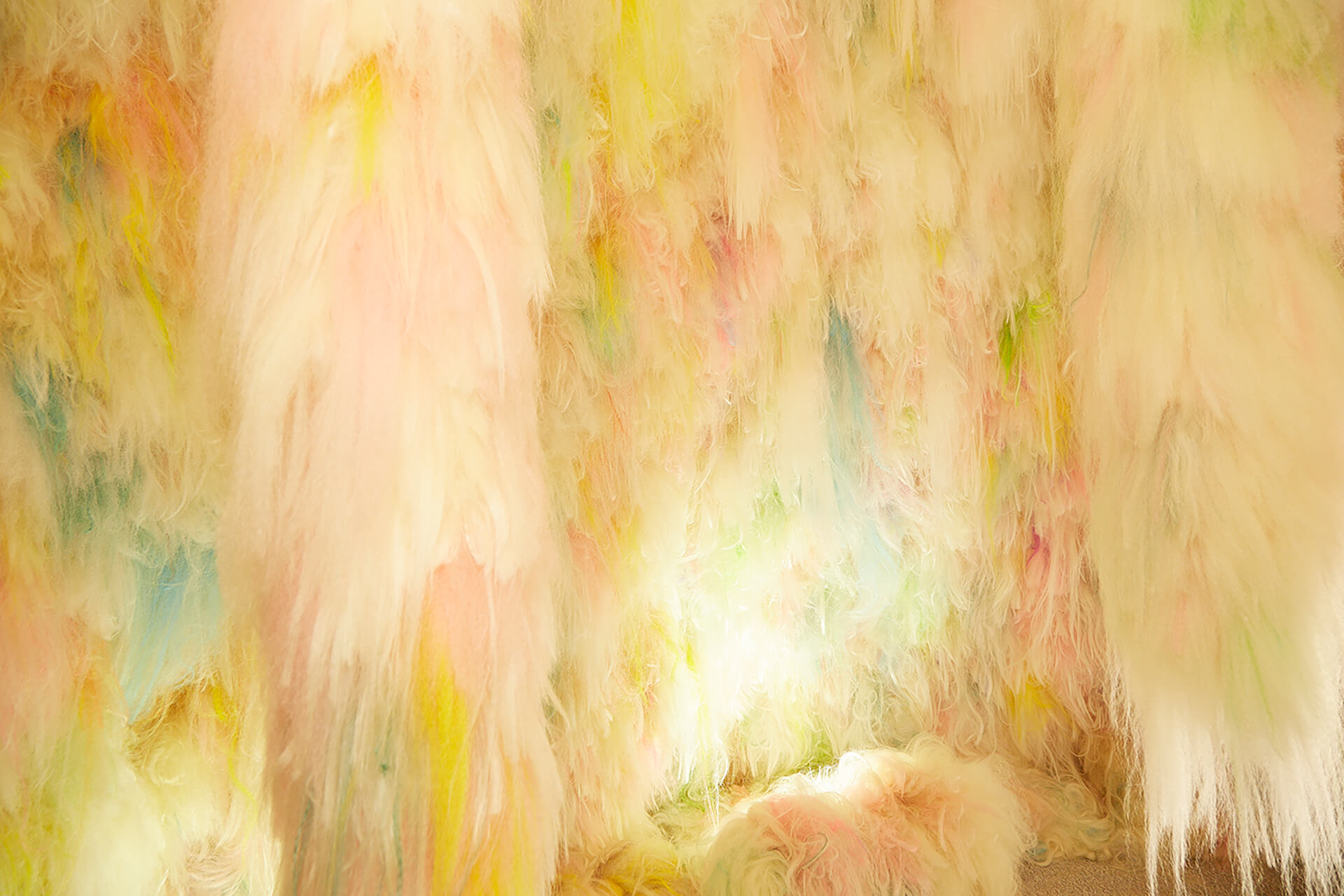 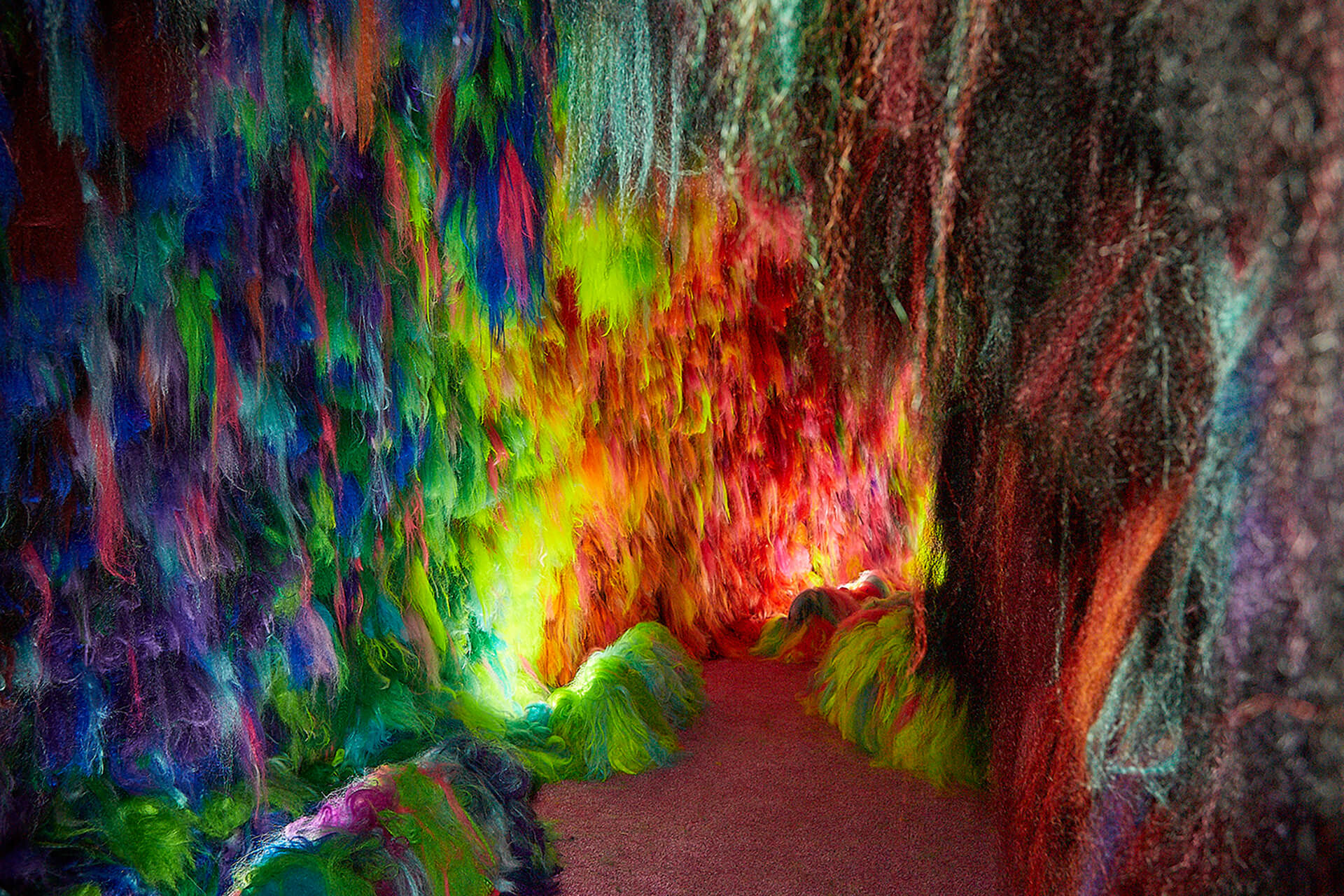 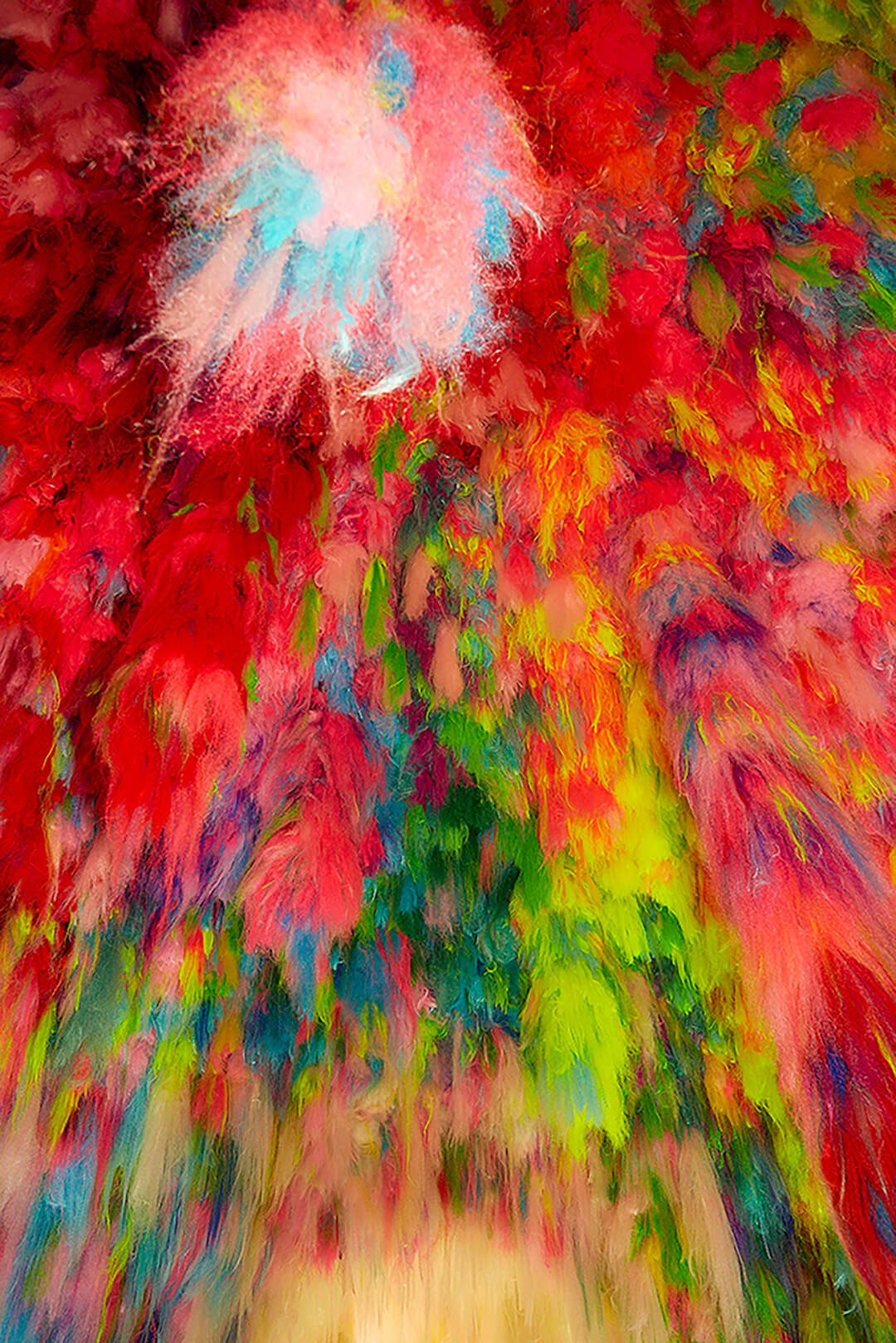 Instead, Arnardóttir went for a height-inclusive setup: she placed a ring of speakers at waist height and several above in the ceiling, so that the sound could be perceived as coming from anywhere in the three ‘domes’ instead of directly from each speaker. Most importantly, each unit was hidden behind the copious amounts of troll hair, adding to the unexpected effect. That allowed her team to place individual instruments and sounds in any point of this three-dimensional sphere – so, no matter the dimensions of the visitors’ bodies, they could experience the installation to its full extent. Every point of entry became a vantage point.

Arnardóttir wasn’t the only female artist to use this proportionate thinking to her advantage. Over at the Arsenale, Indian artist Shilpa Gupta used 100 microphone-shaped speakers at her For in your tongue I cannot fit installation. She plaecd them at a surprising average of 150 centimetres from the floor, and then moved a fraction of them some 10 to 15 centimetres lower or higher. Almost without fail, adult women on the short side would circulate the installation’s hallways with a wide smile on their faces, shocked by the voices that caught them directly in their ears – that is how people of average height usually experience these pieces.

As for Chromo Sapiens, it has rightfully become a sleeper hit. ‘Some people compared this piece to “real virtual reality experience,” when you are fully immersed in my imaginary world that you can actually touch as you indulge in it, without virtual goggles and gear,’ the Icelandic artist explained. ‘Pure reality, not imagined. I value the fact that it cannot be translated fully into another medium than tangible physical experience. The only place you can truly experience the installation is here in Venice.’

The takeaway: Thinking of a brand experience using sound? Then stop thinking of average heights, and instead, embrace the varying proportions of your visitors’ bodies – as many of these experiential spaces target women, this consideration can assure a more engaging walkthrough for them.