'We do not believe in architectural preservation as taxidermy'

Israel’s relatively short history makes it operate in a temporary state of mind. According to Erez Ella of HQ Architects, this feeling of ephemerality triggers an urge to secure a heritage, causing city planners to focus on architectural conservation rather than innovation. But during this Jerusalem Design Week, a site-specific installation by the firm showed how you can both preserve and improve a historic site.

‘Although we have thousands of years of history, as people we have only seven decades of history related to a place,’ said Erez Ella of Tel Aviv-based HQ Architects. ‘As a result, many buildings are declared worthy of preservation, in order to create “instant” heritage. The most common approach to preservation here is one of “don't-touch-no-matter-what”.’

Jerusalem’s Hansen House, a former hospital for Hansen's disease that now houses a centre for design, media and technology, is a listed building, too. When approached to come up with a design that would make the building suitable to host Jerusalem Design Week’s curated exhibitions and corresponding crowds, Ella and his team decided that instead of working within the existing structure, they would ‘isolate and change one of its most substantial parts: its circulation. ‘We do not believe in preservation as taxidermy,’ he explained. ‘We always try to understand and amplify the original building and adapt it to the current times – create contemporary and efficient spaces with caution and confidence.’ 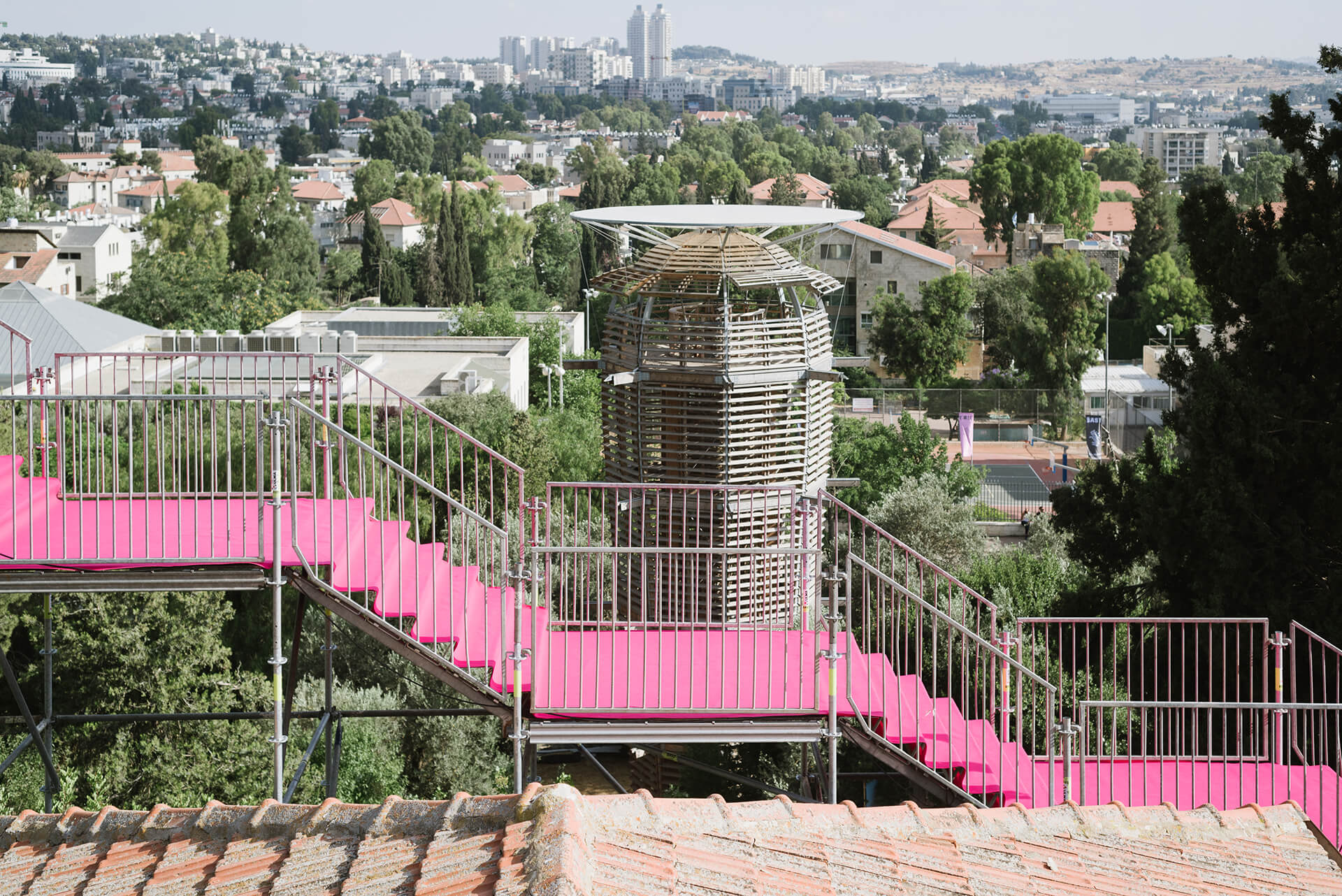 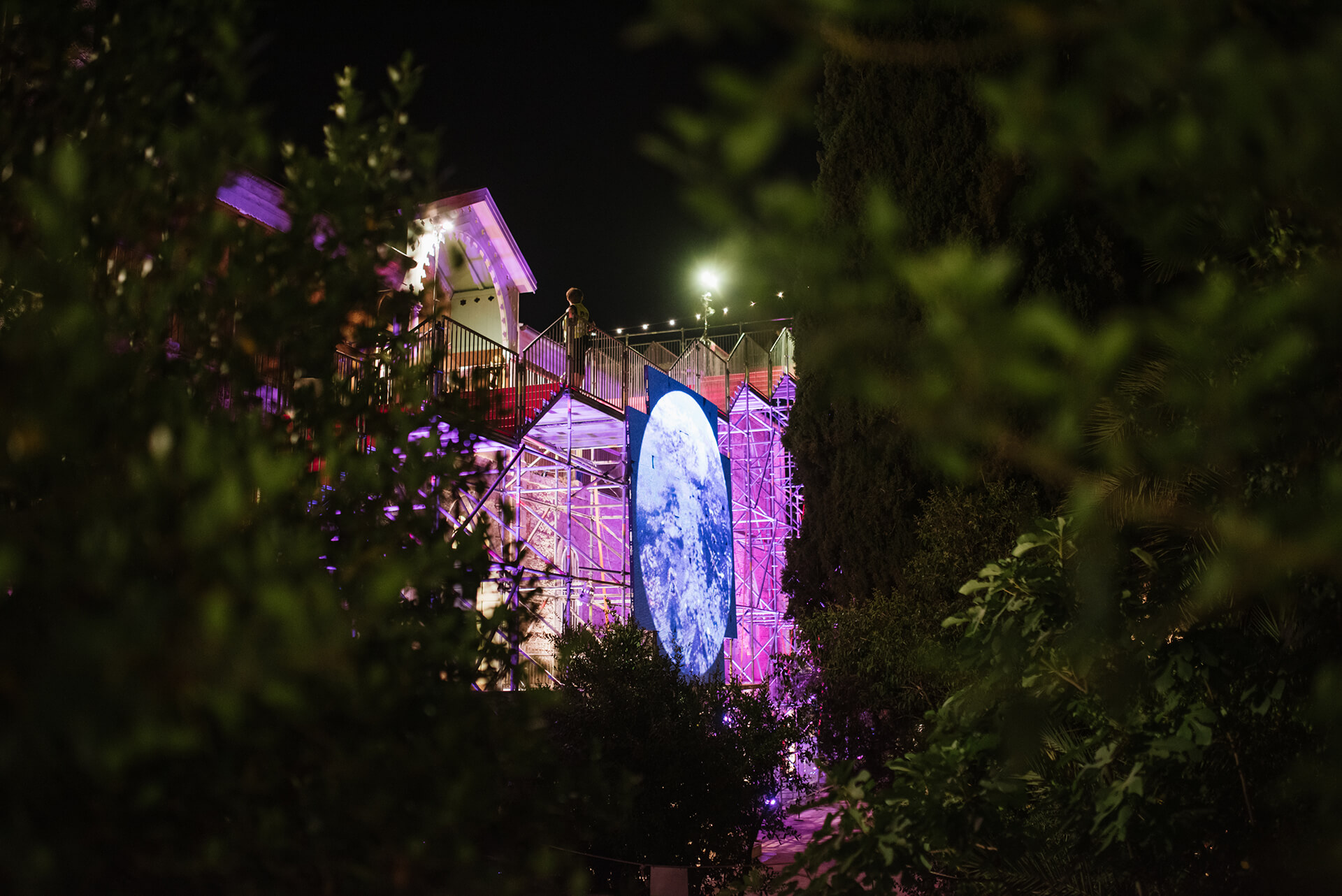 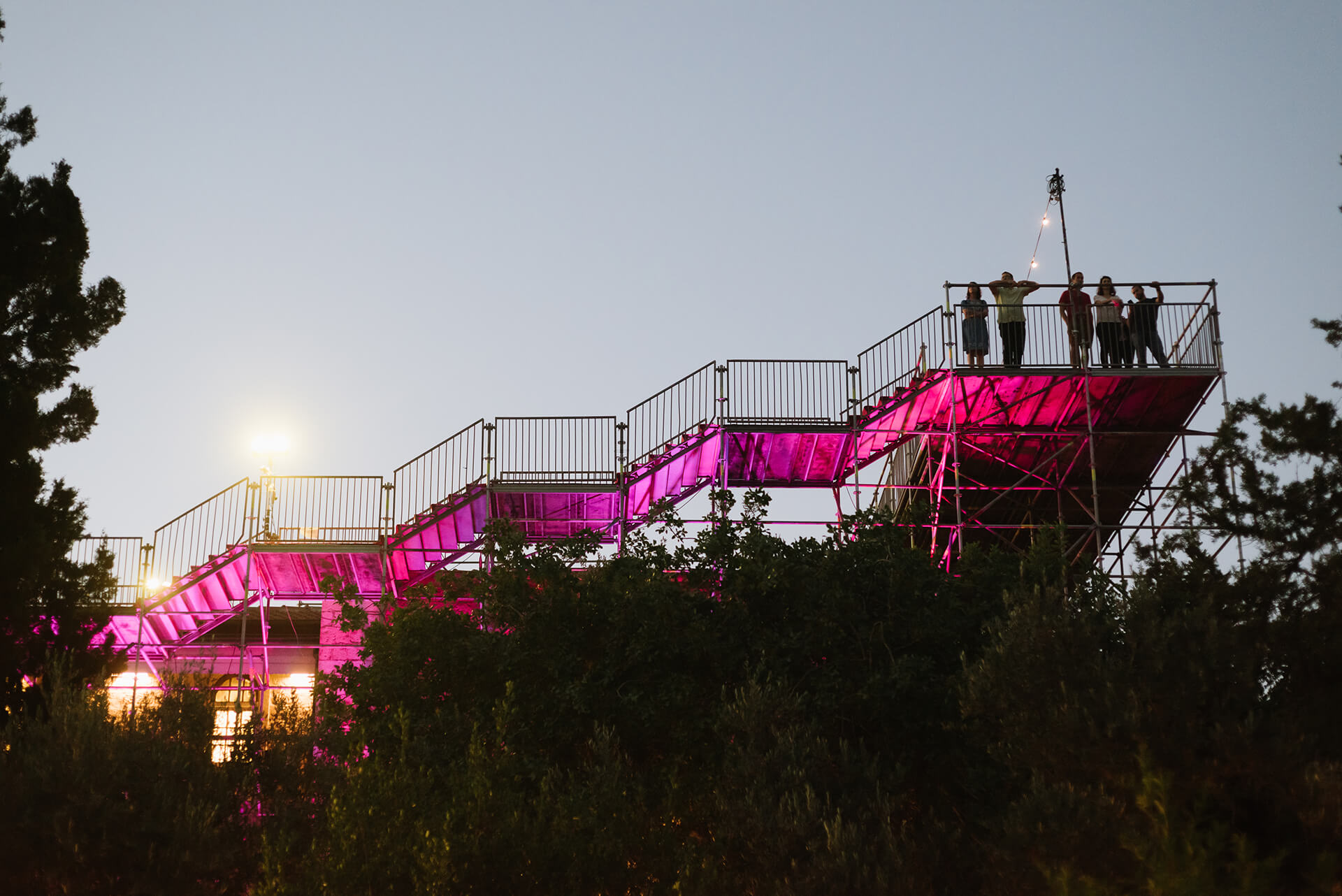 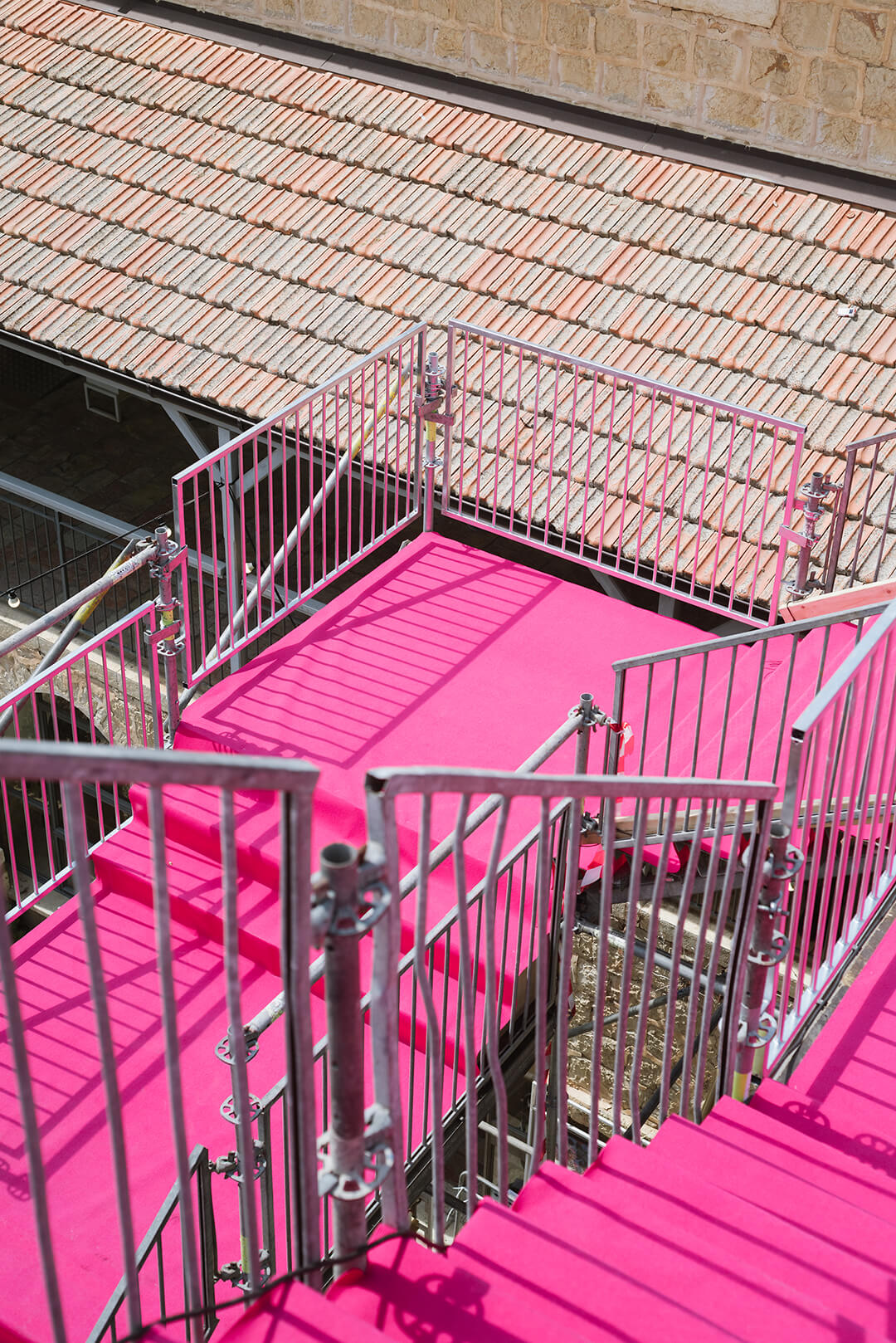 The final result is not just a show-off installation, but helps the building operate in a clear way

So what did HQ Architects do? They built a scaffolding system that wraps around the Hansen House, quite radically modifying its circulation and identity. ‘We decided to leave the building as it is, without preserving it nor changing it.’ The added structure – consisting of pink-clad staircases and a terraces – suggests a short cut to the top of the building and another short cut between the floors, which allows the exhibition to be continuous within a spiral,’ said Ella. ‘The installation – called 90 Degrees due to its positioning – creates a new circulation pattern that allows visitors to explore areas formerly not accessible and gives them a completely new perspective on the building and the city.

For the design team, this achieved all three of the curatorial goals set out in their brief: ‘Create a new image for the building, provide coherent and efficient circulation and – thanks to the way we placed the structure – identify the “east,” which is the theme of this year’s design week.’ Tal Erez, the event’s curator, also praised HQ Architects for not sacrificing function for spectacle. ‘The final result is not just a show-off installation, but helps the building operate in a clear way,’ he explains. ‘The newly-emerged routing is not only practical, but also helps to communicate the message and theme of the event.’

THE TAKEAWAY
The ultimate aim of conservation is to communicate the architectural value of a building, but this often defaults to trying to achieve a form of stasis. HQ Architects' treatment shows that by thinking about conservation in terms of making a building easier to navigate, rather than simply preserving it, we can truly celebrate our architectural legacy.