MUNICH – After a successful flagship launch in Berlin, Amsterdam-based eyewear brand Ace & Tate opens its second store in Germany. The new Munich outpost is designed by multi-disciplinary team Weiss-heiten with Tina Bunyaprasit and Birgit Kohlhaas. By bringing together an eclectic mix of designers from the fields of visual communication, interior design and architecture, the team harnesses the brand’s retail theatre.

Distorted surfaces line the interior, playing on the store’s theme: use your illusion. Looking to the rock gods of the ’90s, the concept is inspired by Guns N’ Roses’ two-part album released in 1991.  By reflecting mirrors off one another and creating the illusion of a vanishing point, the designers manipulate viewers’ visual senses. The addition of black linear decorative elements and display units adds to the room’s warped feeling. 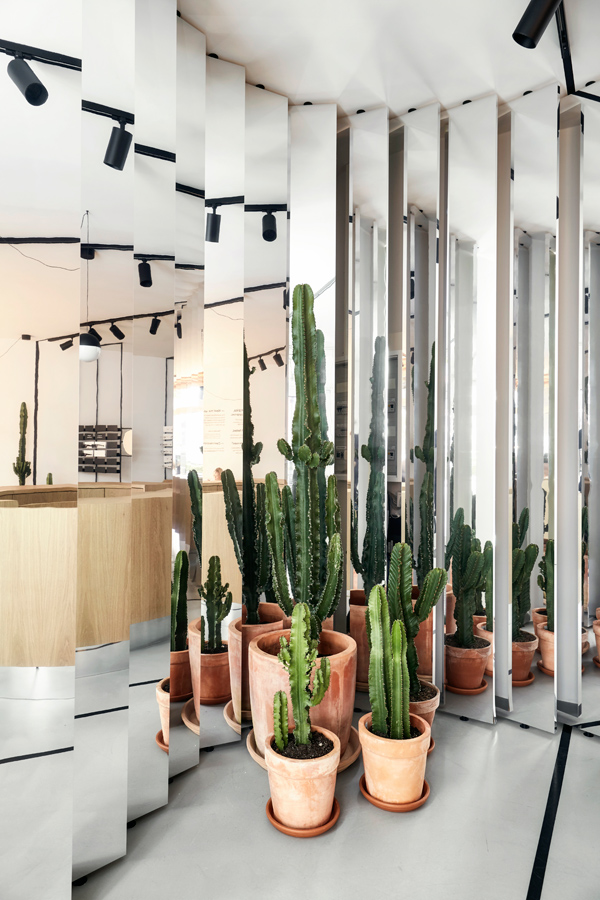 Musical references are made throughout the store via listening hubs complete with record players.  In addition, a neon guitar finds its place at the space’s focal point. The work of local graphic designer Gabe, the installation beams light out onto the street, inviting passers-by to take a closer look.

Whimsical phrases dotted around the space add personality to its clean visual aesthetic. The brand’s distinctive, contemporary font is not only used as a navigational tool but provides a comical take on traditional eye exams. 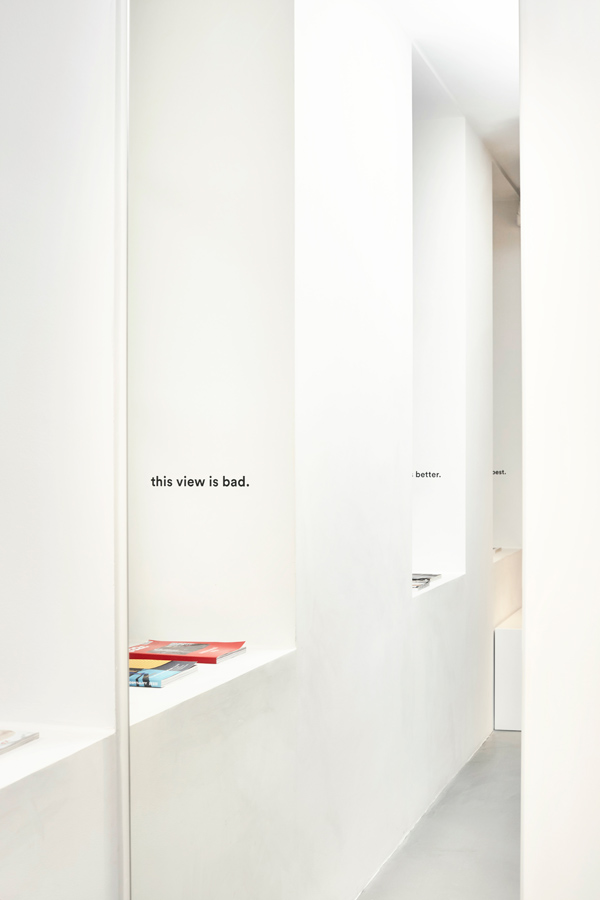