We’ve seen child-centric hospitality grow up in China. It’s maturing in Russia, too

A children’s café has opened in Moscow’s Cosmos Pavilion, Russia’s largest museum complex dedicated to outer space. Located in a historical building in the Russian capital’s VDNKh trade and exhibition park, the institution attracts thousands of tourists daily. Cosmos café was designed to be both dynamic for its youthful audience and palatable for adults; it’s a space that avoids overly literal thematic tropes and instead tends toward an abstract style inspired by the postmodern work of the Memphis Group. That’s thanks to the team at Sundukovy Sisters (S+S), an international studio headed by twins Olga and Irina Sundukovy.

Recently, the creative duo has noticed the growing demand for well-designed children’s spaces in Russia – particularly in Moscow: ‘Kids’ playgrounds are finally transforming from being bright, tasteless and ridiculous into spaces with style and story, appealing not only to children but to their parents as well,’ explains Olga Sundukova. Her theory holds up elsewhere in the world, too: it’s largely supported by China’s hospitality scene, which has recently witnessed the opening of many a maturely designed, child-centric space. 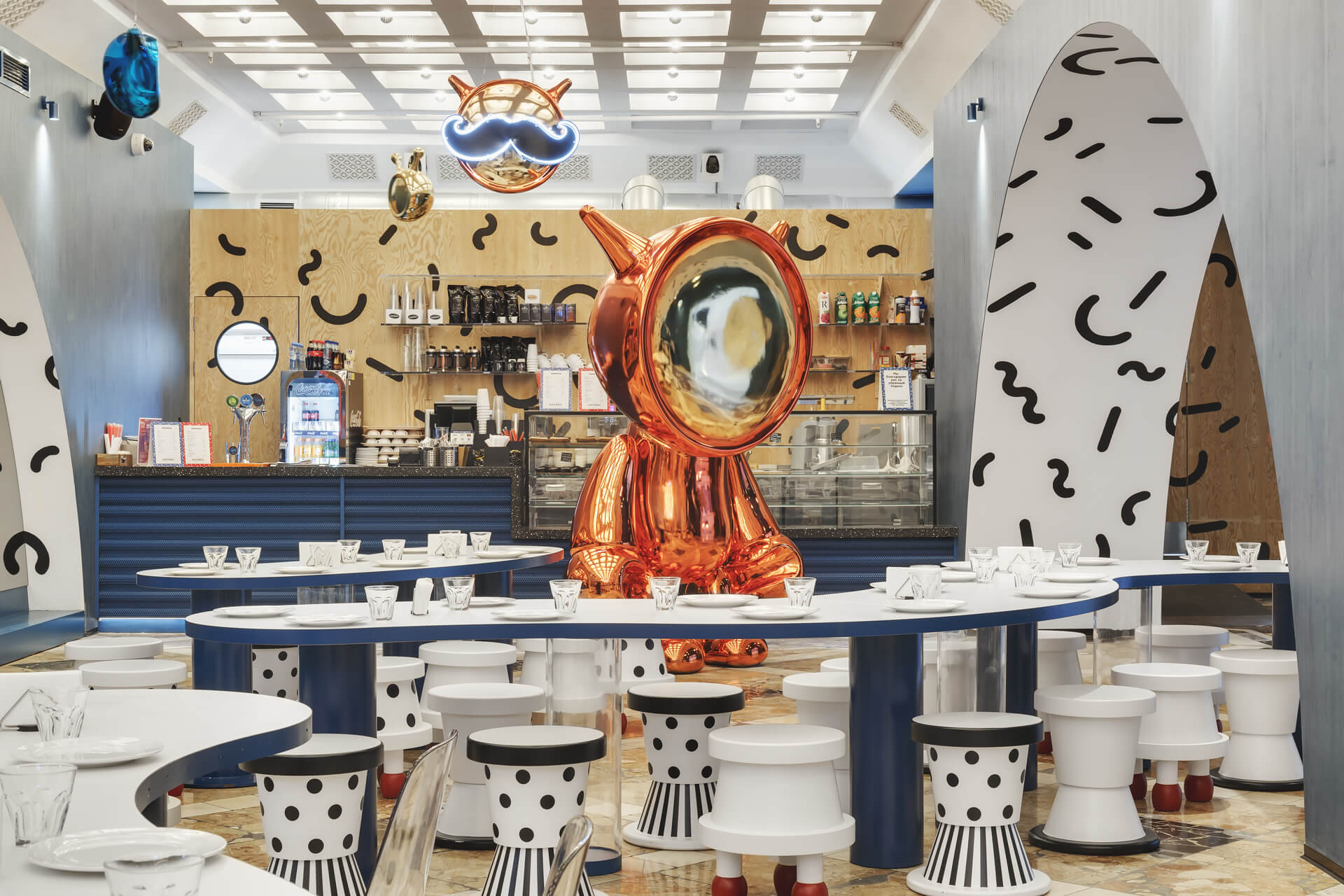 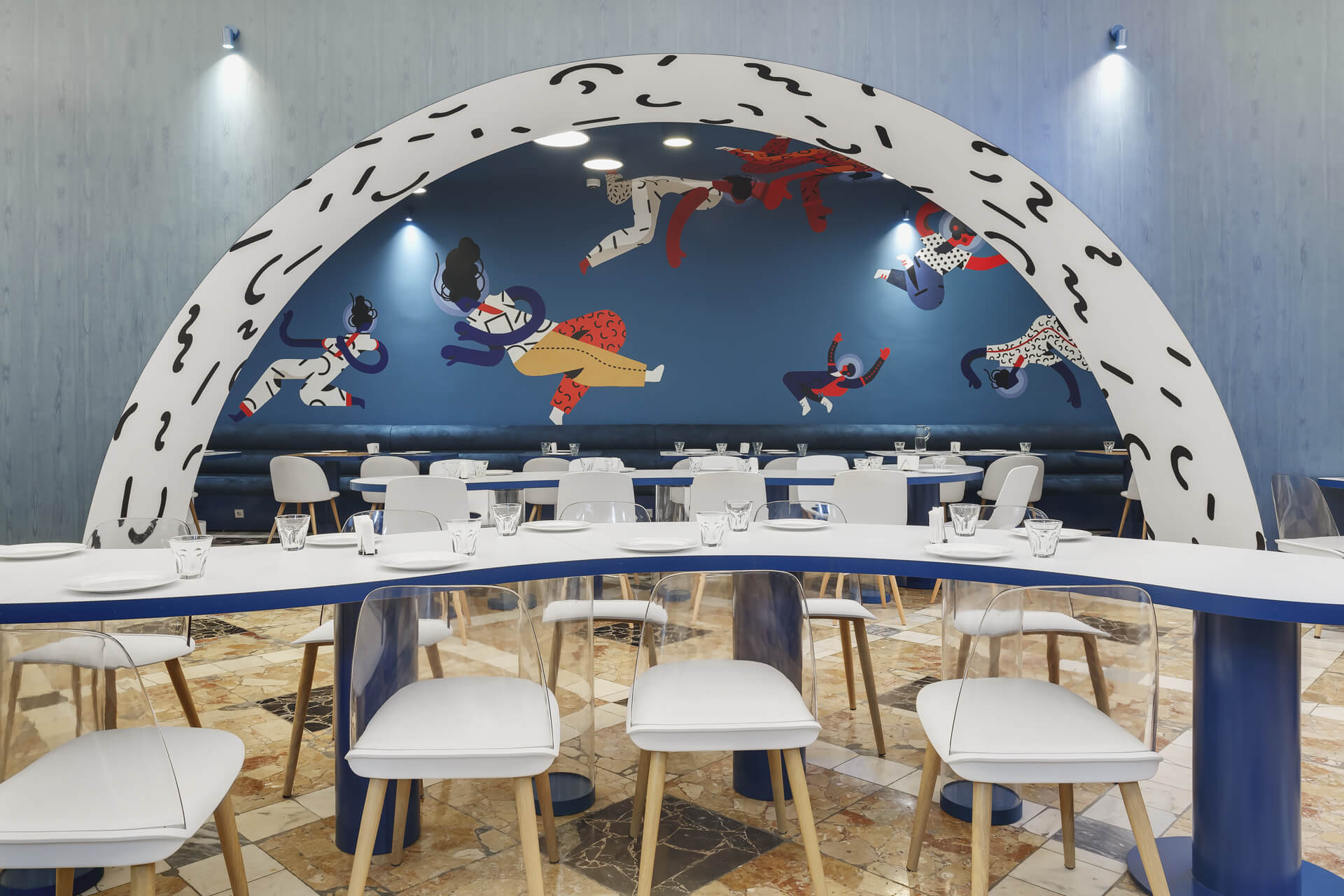 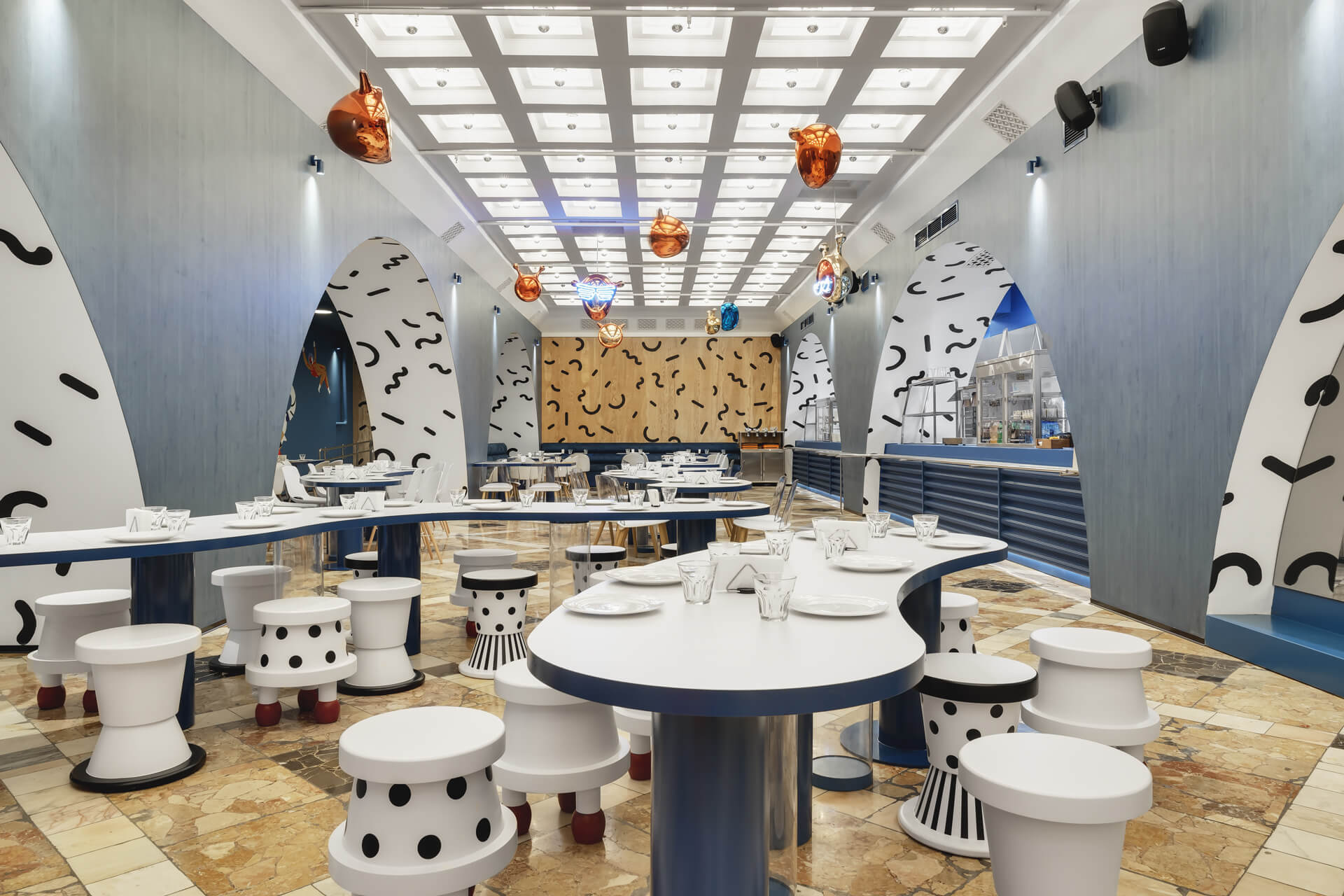 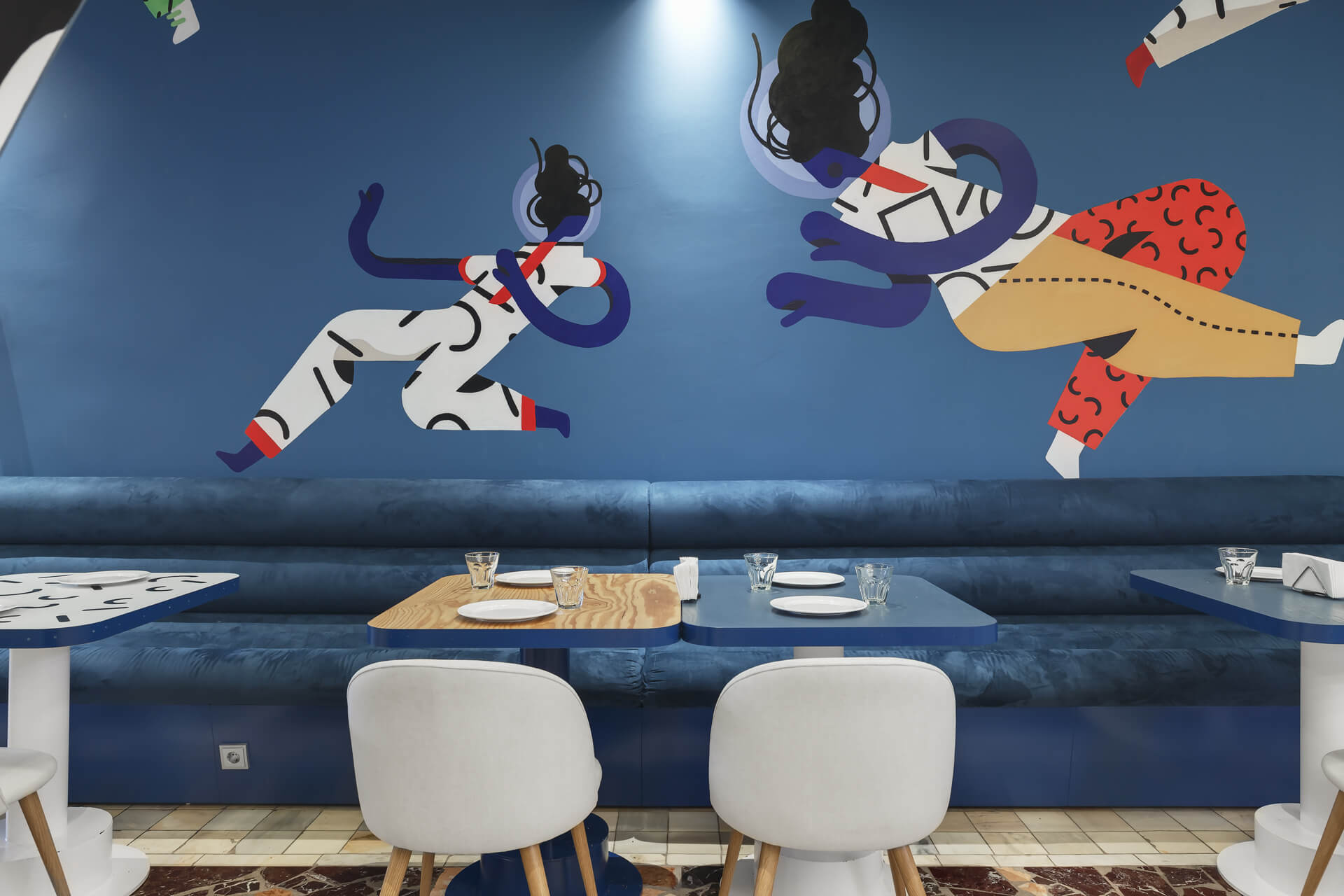 To begin the project, S+S divided the area into two functional zones – front of house and back of house, in hospitality terms. Structurally, the designers wanted to respect the cultural heritage of the location while giving it a contemporary energy; to do so, the heavy columns that initially framed the space were covered with plasterboards to create an arc-shaped environment. They viewed keeping the original ceiling a challenge, yet found a solution by modernizing it with lighting elements and art objects. Graphic murals depicting outer-space explorers in zero gravity and whimsically crafted furniture contribute to the lively atmosphere.

‘The main thing to remember is that inside each adult lives an inner child,’ says Olga Sundukova. ‘It is them we reach out to when designing spaces in general – and children’s spaces in particular.’