What can a psychedelic pop-up club in Israel tell us about surrealism in China?

A growing consumer culture, accelerated urbanism and rapid technological development: China has undergone radical changes in the last four decades. The nation’s unprecedented transformation and inherent ambition gave rise to a hyperactive energy that is feeding a creative subculture. One that, due to the political climate, exists outside of the museum’s walls. With a pop-up club in Israel, curator Hadas Zucker explores how creativity is shaped and defined in a country where extreme progress, political constraints and censorship collide.

Inspired by an actual night club in Shanghai that is known to attract a progressive young audience, Club All popped up during Jerusalem Design Week, introducing visitors to a surrealist futuristic world that aimed to reflect the subculture in modern-day China. Zucker, who curated the club, lived and worked in China for five years. Here, she was exposed to a creative scene that subverts the cultural clichés of China that prevail in the west. The intensity of the expressions she encountered surprised her, and it is this energy and sense of urgency that she aspired to recreate in Club All.

Over at Frame, we are intrigued by the many surrealist spaces coming from China, designed by the likes of Wutopia Lab and X+Living . Where do you think this aesthetic is coming from?
HADAS ZUCKER: China is a microcosm that obeys its own rules, rules that are being rephrased in the blink of an eye. The unprecedented transformation of the nation to a competitive consumerist playground, together with people’s hunger for stimulation and consumption, strengthen creative ambitions that demonstrate bravery.

A new wave of design practices takes an experimental approach, freed from the need to intellectualize or to limit itself to familiar territory. Fuelled by a sense of liberalism and escapism, they compose personal and alternative realities. Their expressions might look lavish, maximalist, perhaps ridiculous or just playful, but pave the way for new movements which I believe, with time, will mature to define what Chinese design is. 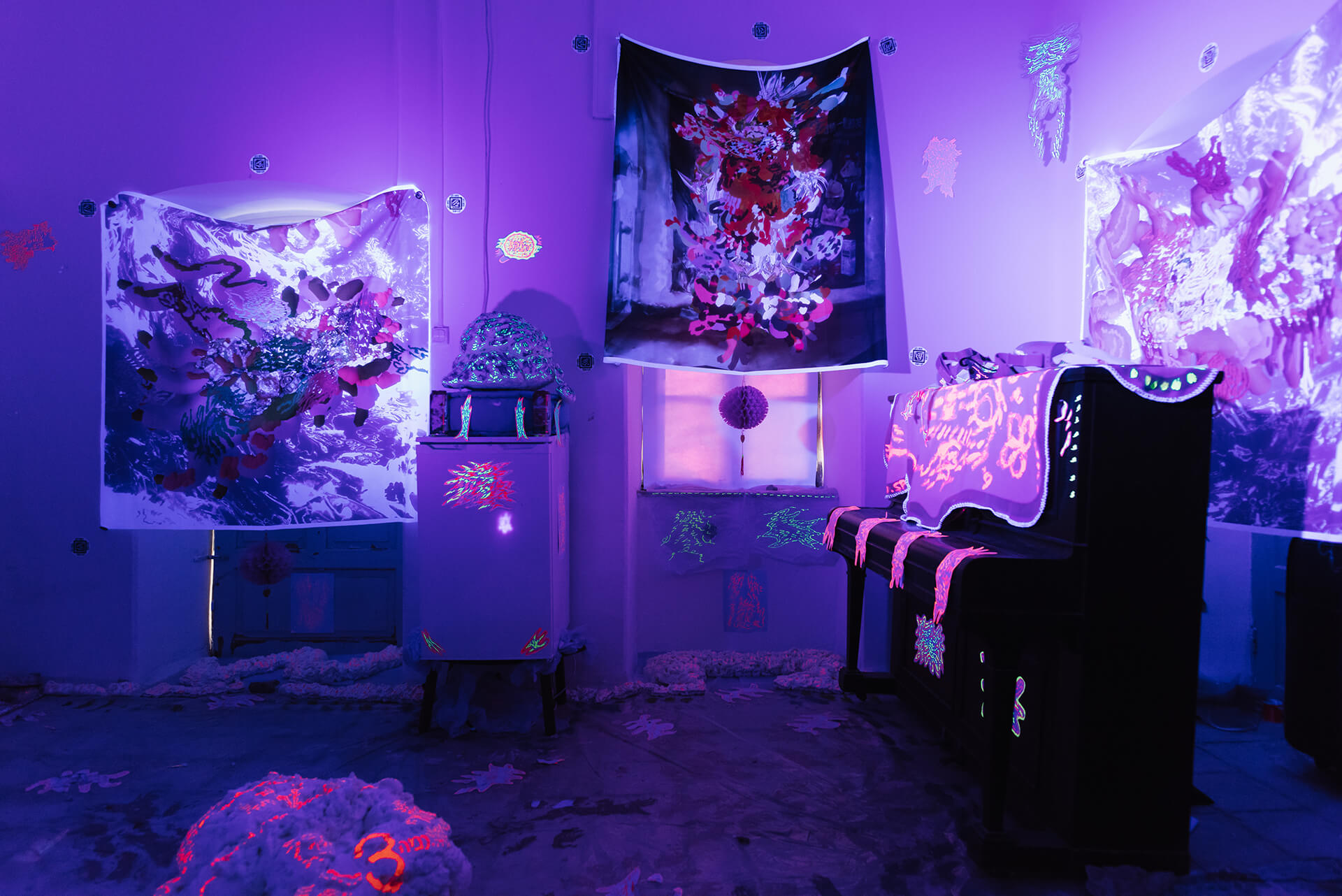 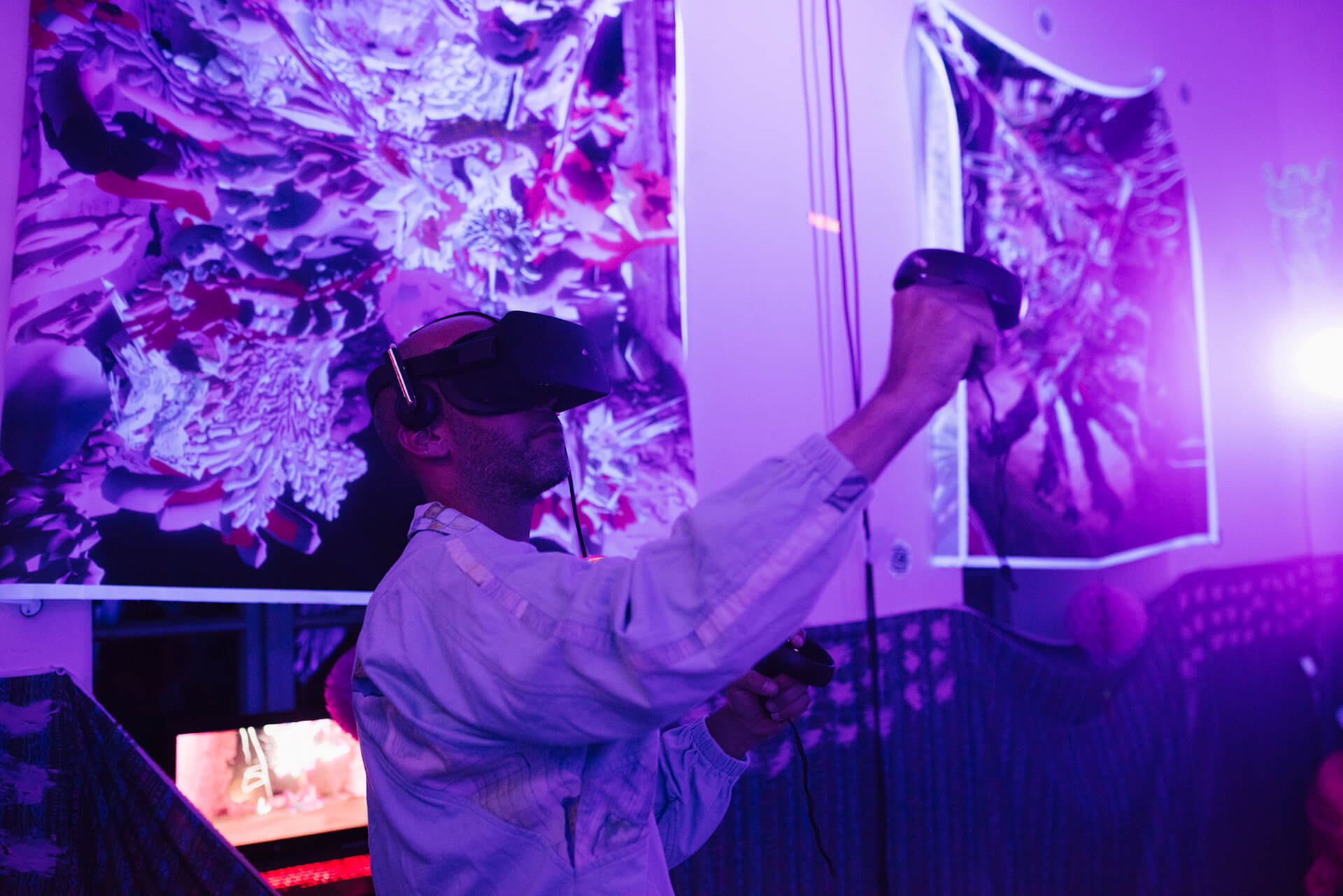 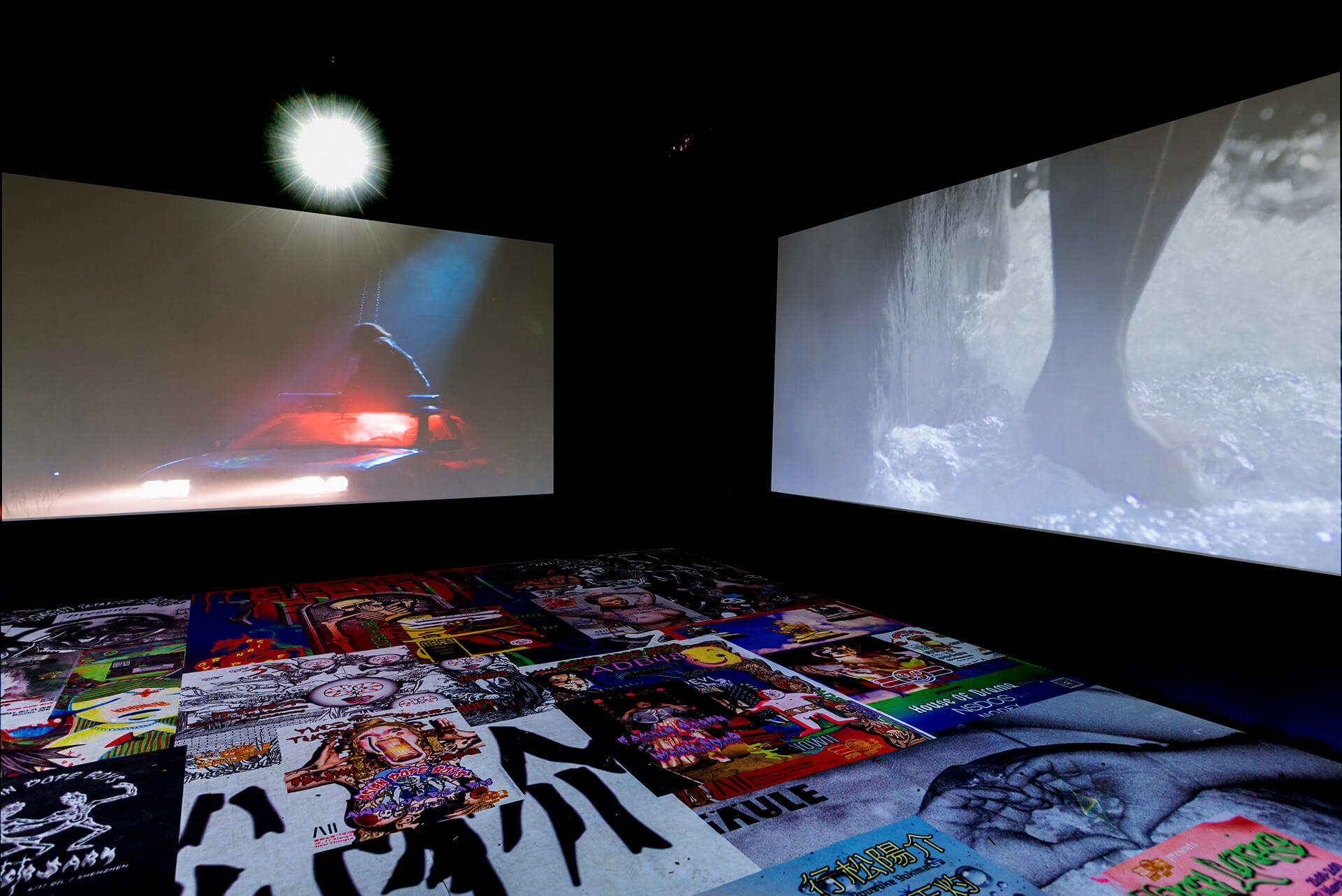 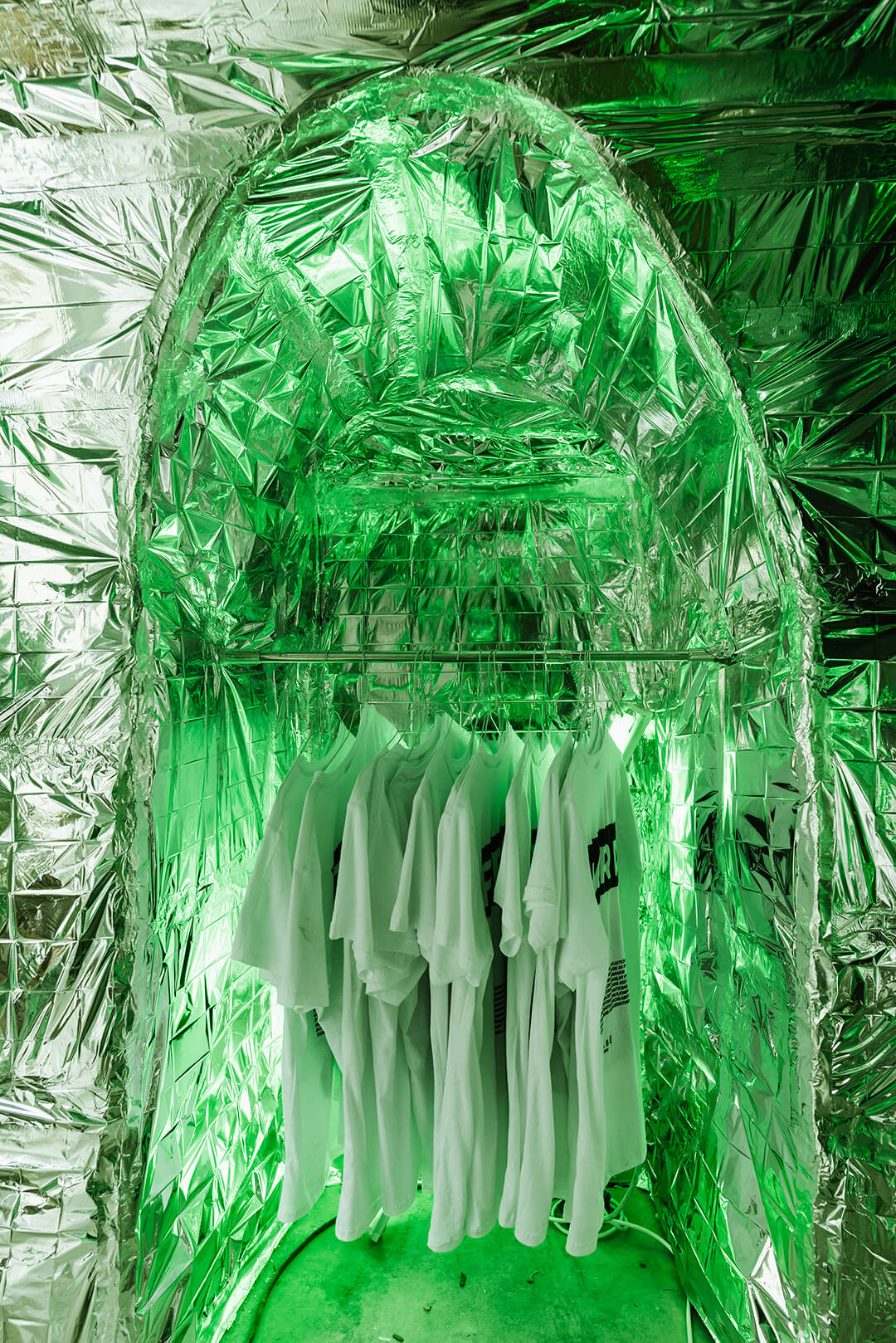 You described Club All as being centred at the heart of a subculture in a country where culture and expression are deceptive and unclear in their intentions. Can you explain?
Subculture is in itself an elusive notion. It can only exist in a fragmented moment in time, and if we’re lucky, as observers, we can spot it and celebrate it before it turns into something mainstream. The energy of every creative movement that starts as an authentic search for a particular form of expression to fill up a void in us, is powerful. Once it’s being practiced consistently for a while, and succeeds to form a community around it, it can be considered as subculture. It is an orchestrated act, it is disruptive in its roots and relevant not just to the one who forms it but also to those who consume it.

In China, a place that has been going through a journey of exploration and redefinition in the last 40 years, definitions are fluid and change constantly. Culture is one of the territories where creatives are elasticizing boundaries. Artists and designers are appropriating and repurposing symbolism. One could argue that there is no difference from every other creative scene. However, you can’t ignore the trajectory of the Chinese nation, and the current constraints mandated by the present governance, whether that is the Chinese firewall culture or the Communist party’s will to design the nation’s values. That’s what makes China’s subculture unique and unapologetic but not necessarily as critical and direct as we are used to seeing in other places.

China is a microcosm that obeys its own rules

Which artists are driving this subculture in China?
Asian Dope Boys and Hyperbation, for example. Their work is disruptive and refreshing. They don’t perform or present their work in institutions, but embrace alternative venues. They do a nightlife residency program in BJ and All club in Shanghai, for example. Those are not just artistic attempts but they also redefine leisure activities and cultural rituals. I wonder whether it is a question of time, that those expressions will gravitate to the mainstream in China, or whether the conservative ambition of the governance would frame it as an ultimate counterculture, sabotaging it from reaching the masses, but at the same time shaping its artistic ethos.

At Club All, Asian Dope Boys, led by Tianzhuo Chen, were responsible for the main dance hall. They covered the floor in posters of invitations to their parties and showed various video projections, in which they fuse rave culture and Buddhism and thus turn clubbing into a new kind of spirituality. Chen’s perspective of beauty and bad taste, nihilism and spirituality, dramatic and ecstatic moments urges the spectator to recalibrate his familiar conventions and definitions.

Hyperbation, in turn, transformed the bar area into a virtual game space and techno club. Through their VR experience, the collective fuses everything from anime, comics and games to post-internet aesthetics and queer culture into what the call a ‘hyper maximalist reality.’

I hope these works urge more creators in China to be bold, unapologetic and overwhelming in their artworks. This will help the local creative community to develop its own language and find new ways to narrate its culture through the fusion of old and contemporary symbolism.