What is that tiny house doing in the middle of Times Square?

Fernando Mastrangelo is best known for his composite-based, sculptural furniture pieces, made using uncommon materials such as sand, powdered glass, salt, coffee and even cocaine.

But the enfant terrible of the New York design scene is always setting his sights higher. Two years ago, Mastrangelo launched the In Good Company programme; held in his sprawling studio, these annual exhibitions help launch emerging American talents that have just begun their careers. 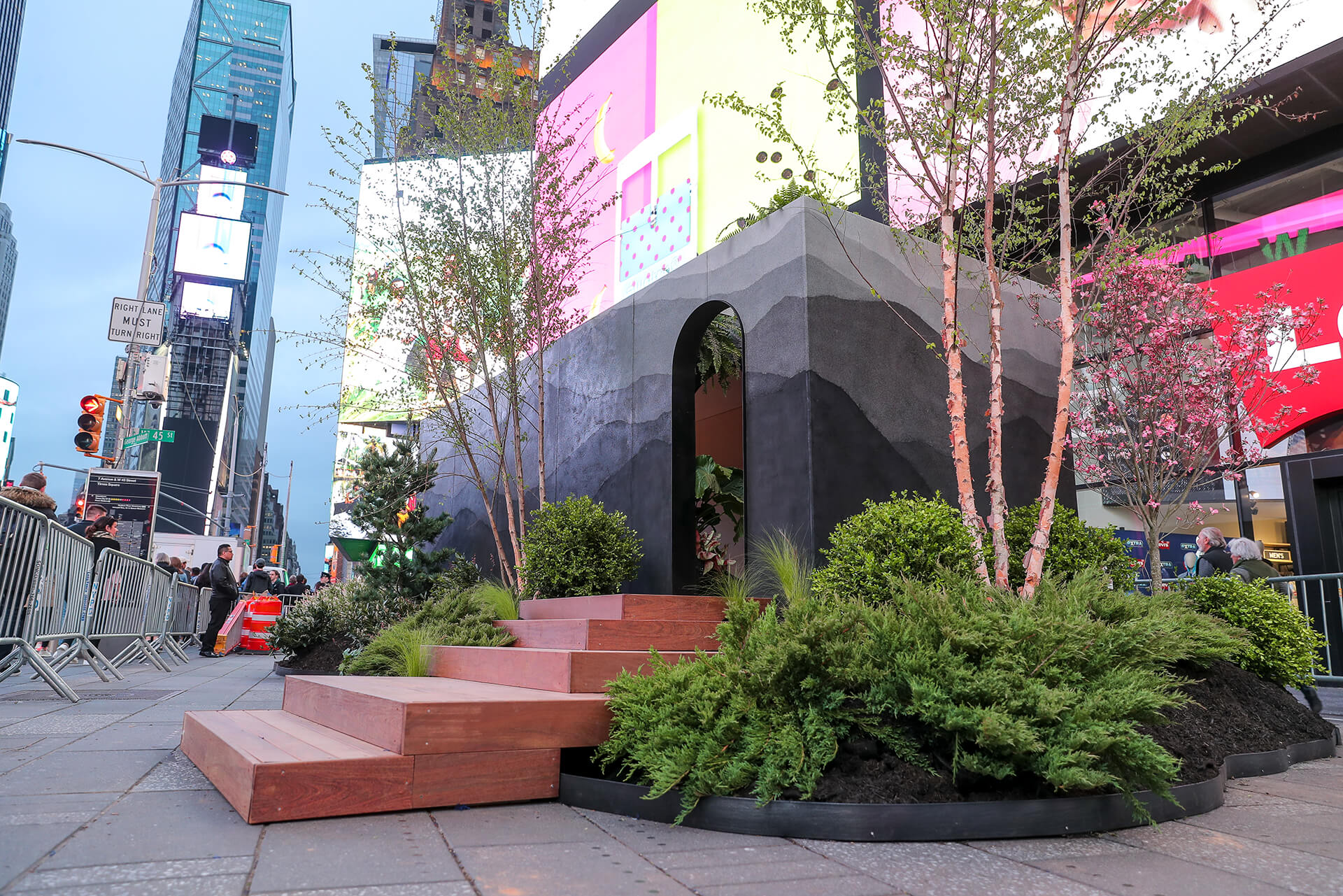 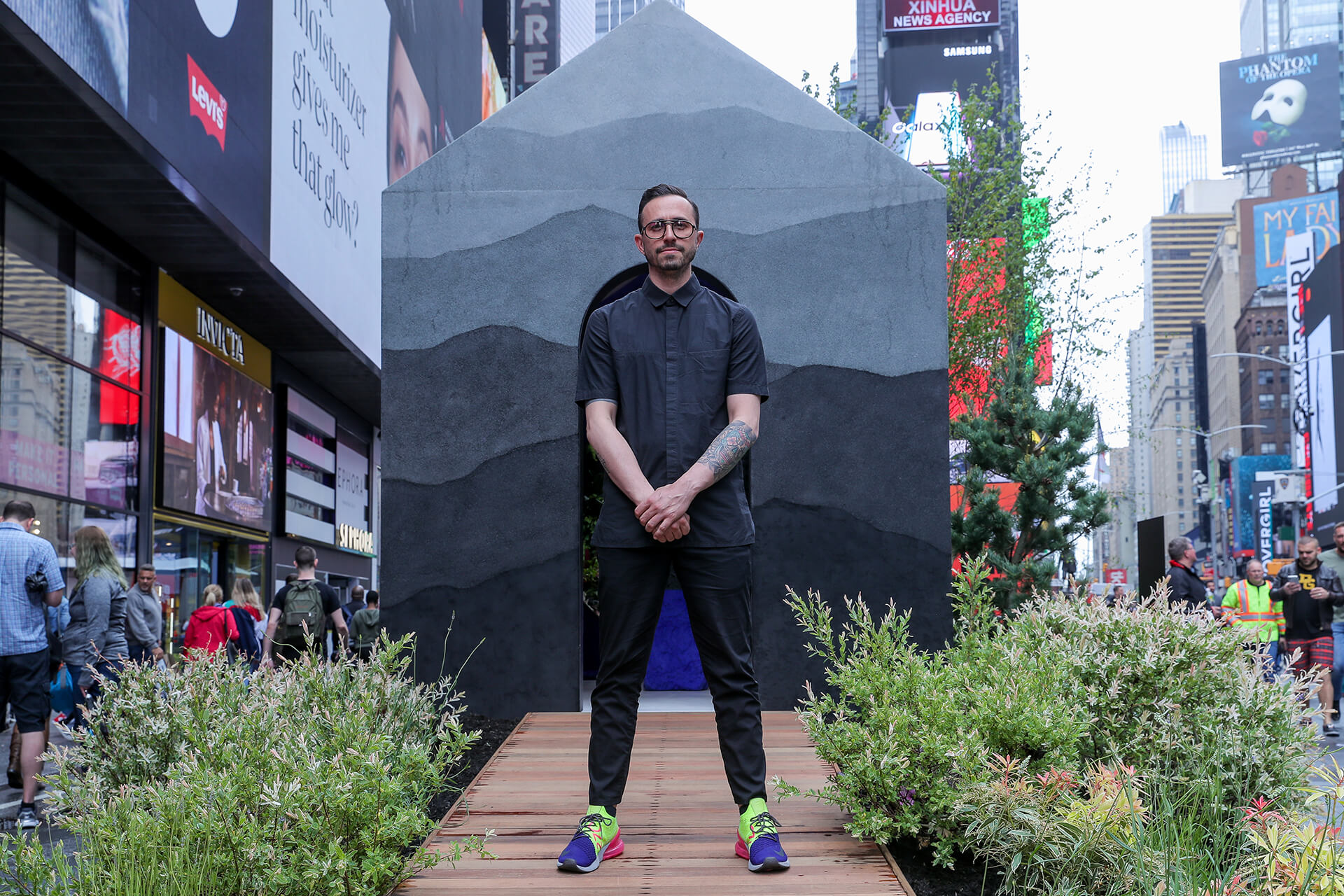 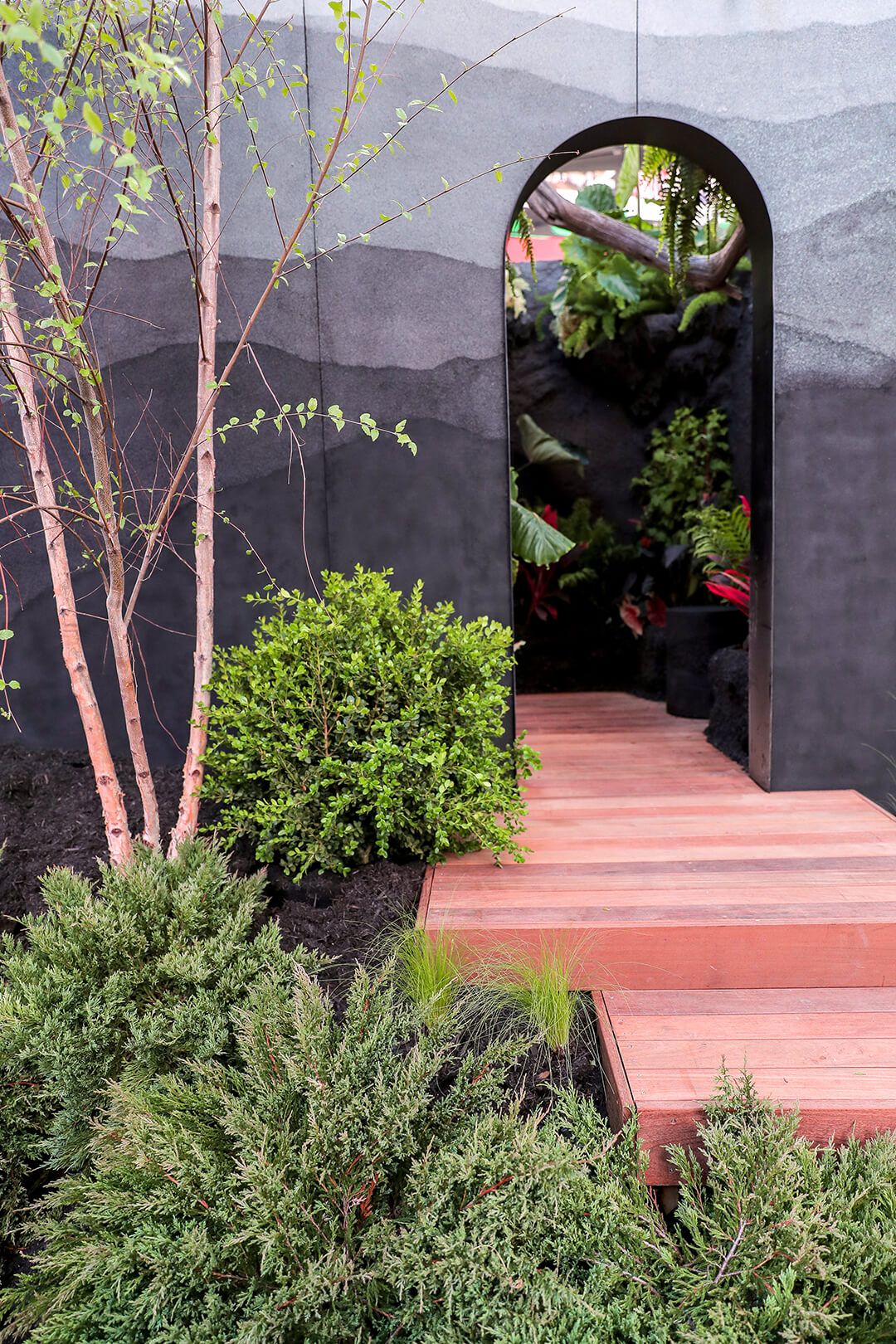 And for this year’s New York Design Week, he ventured into the realm of architecture: his Space Program exploration brings his particular material-driven approach into interior design applications – and the question of how we might live better.

‘As spaces begin to be experienced more and more virtually, the boundaries of our [collective] imagination – as architects and designers – [is] no longer limited to what we can physically build,’ Mastrangelo said. ‘That’s where Tiny House comes in. It’s a space where the future of design can be experienced in real life.’ 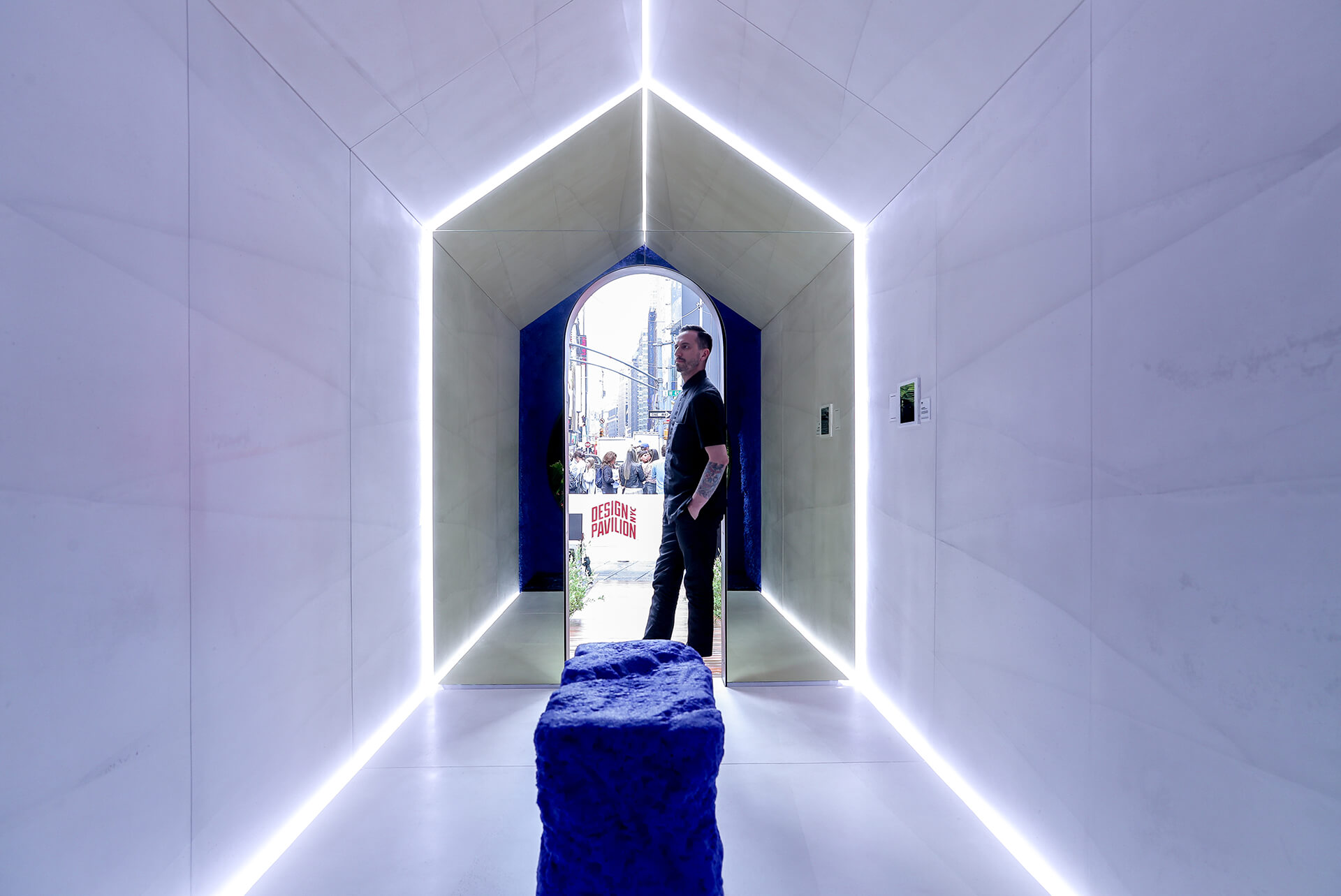 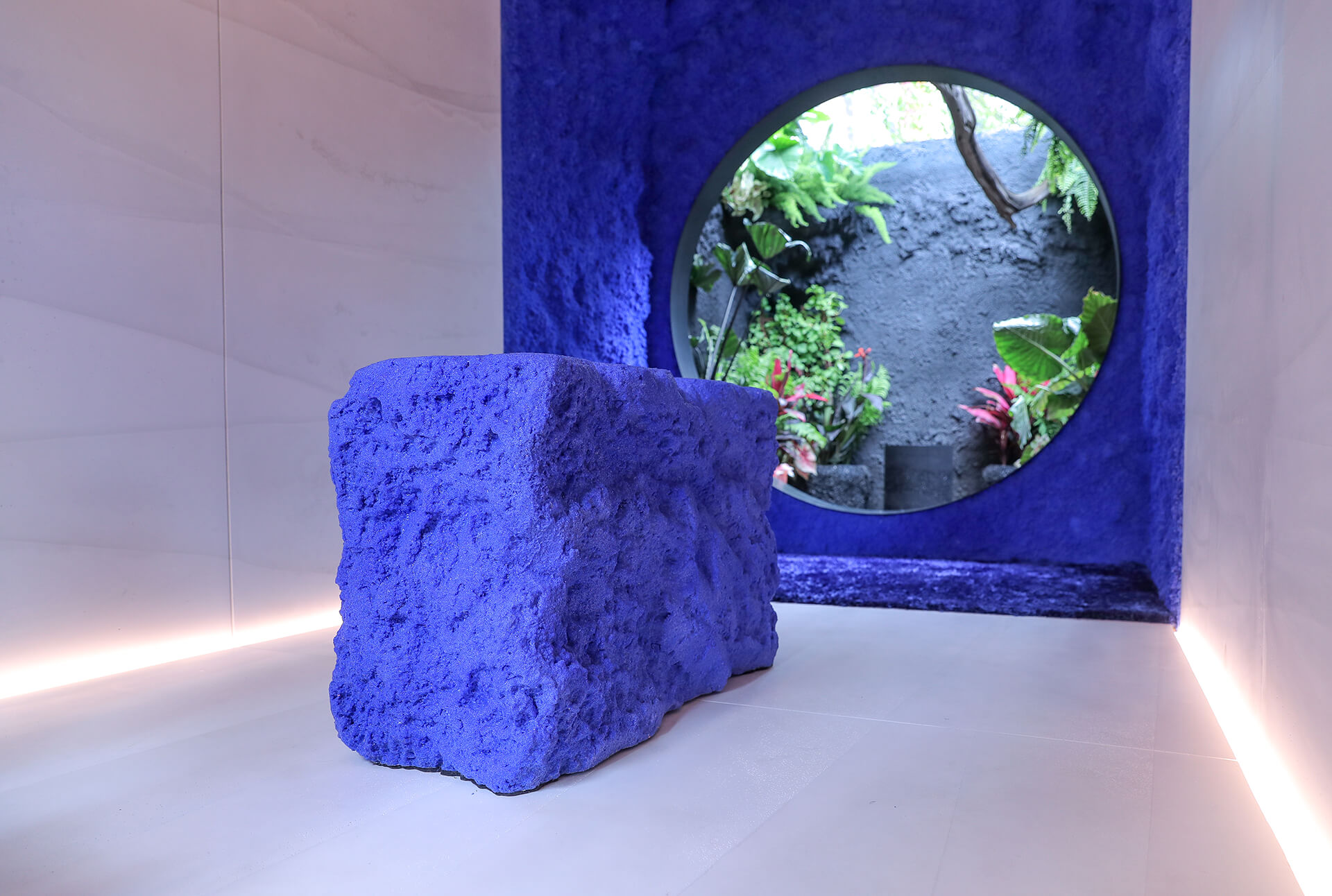 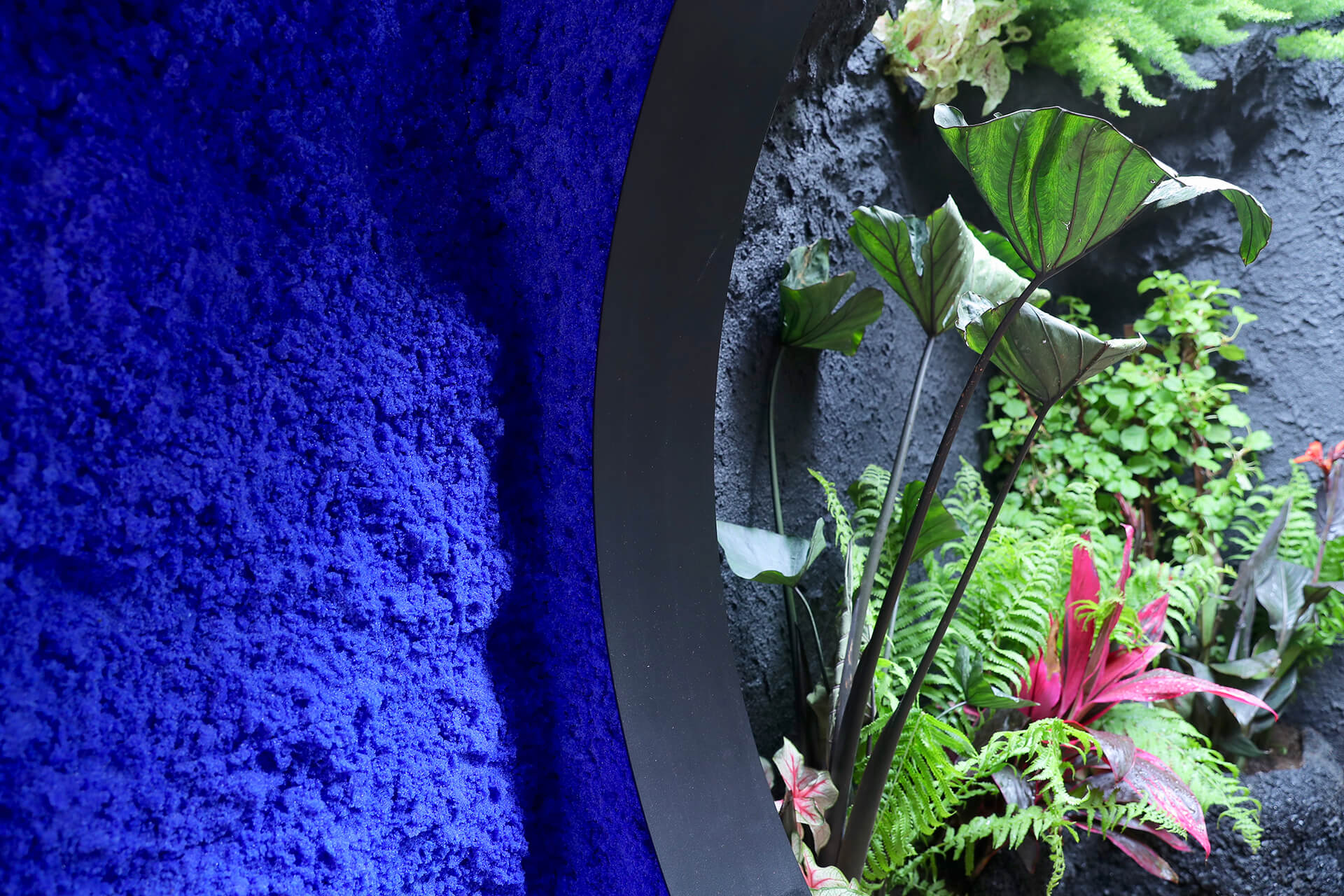 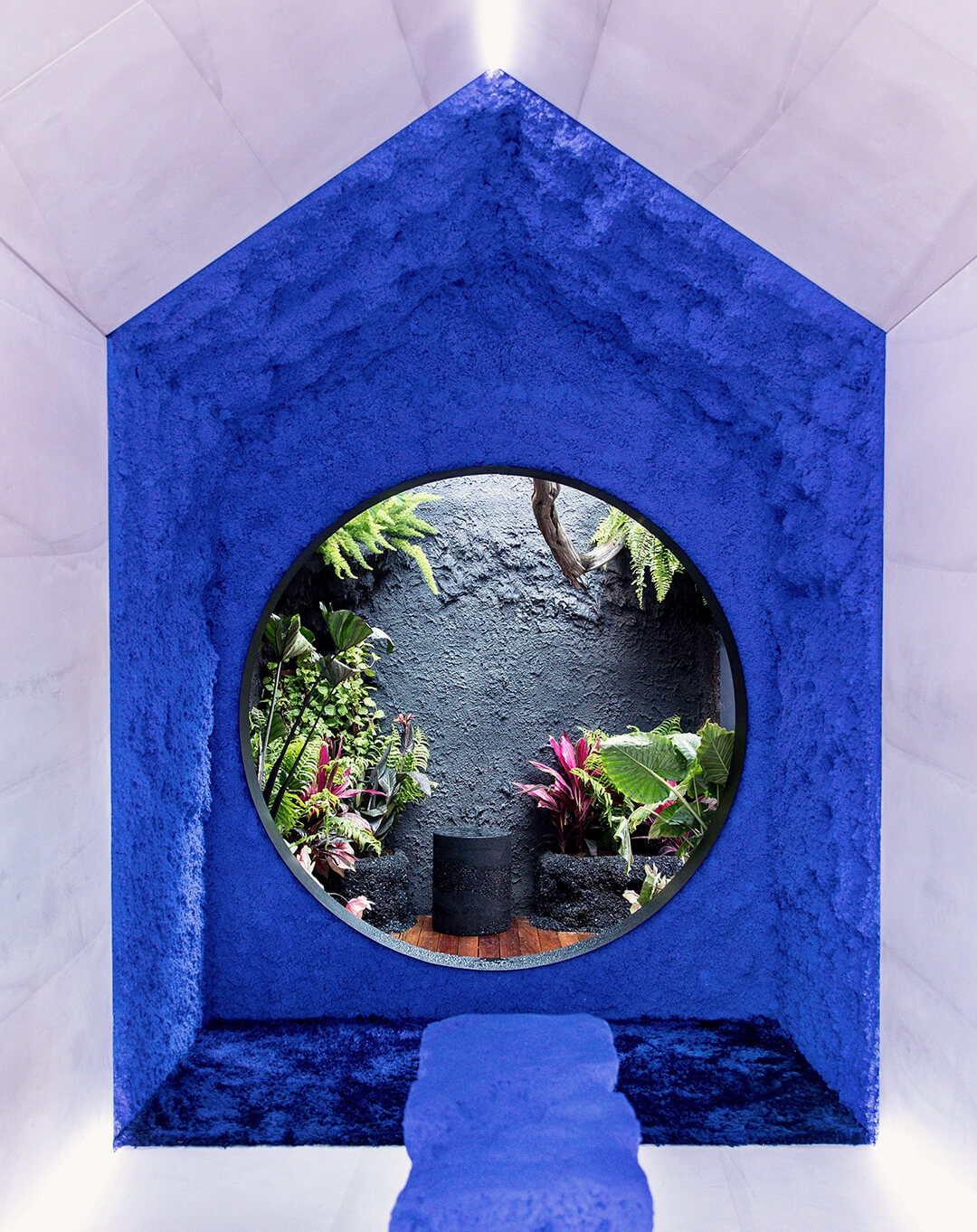 The 11-sq-m Tiny House is a gabled structure entirely rendered in a layer of recycled plastic composite; the upcycled waste material was cast in an ombre landscape and scrapped glass fragments. Outside, a flourishing garden and patio setting give the project a sense of place. Mastrangelo collaborated with Anne-Laure Pingreoun, the curator at Alter-Projects, and Steve Lastro, the CTO of 6Sides, to create an immersive experience using smart-home technology: elements of purified air and water are joined by carefully calibrated sounds and lighting displays that, together, are supposed to restore the body’s natural rhythms. A small segment of the interior contains elements of the garden and exterior finish, almost as way for the visitor to ease back into the urban jungle that is Times Square.

Because, of course, there’s the impressive location. The dwelling is strategically positioned in Times Square, where thousands of tourists and a few locals pass through on a daily basis. The project derives Mastrangelo’s concerns about climate change and the degradation of nature – it is intended as a tangible call to action, reestablishing our connection to nature. Placed there, the loaded small structure strikes a peculiar pose: no one would expect to see what appears to be the profile of an archetypical country home in such an emphatically urban context. Targeting a wide audience and not just a select few from the design industry, this contrast appears to be Mastrangelo’s intention: drawing in people’s interest via their curiosity – after all, creating a striking image such as this one is crucial for message delivery in the age of Instagram.

This edition of NYCxDESIGN runs until 22 May