What will the rise of gender-neutral beauty mean for the design of salons?

Believe it or not, many moons ago I spent a summer working behind the fragrance counter of a department store. ‘Such and such for men’, ‘So-and-so pour homme’: these were the fragrances I wanted to wear, but they were so clearly intended for the opposite sex. That didn’t stop me, but I did wonder: Why were so-called ‘female’ fragrances generally sweet and floral, and their masculine counterparts woody and warm?

The past few years have witnessed new moves in the beauty market. ‘Recent data suggests the new generation of beauty consumers prefer a non-binary approach,’ writes Nia Warfield for CNBC. She references NPD’s iGen Beauty Consumer report, which found that nearly 40 per cent of adults aged 18-22 have shown interest in gender-neutral beauty products. Even though some options did already exist – let’s not forget that CK One, the first unisex fragrance to gain widespread popularity in the US, was launched back in 1994 – it’s taken a long time for some heritage brands to jump on board. Louis Vuitton, for example, launched its first unisex fragrance only last year.

Newer brands have the upper hand. ‘[They’re] entering the gate with gender fluidity already built into their DNA,’ writes Helen Carefoot for The Washington Post, ‘[…] using advertising that reflects diversity in race and gender, and packaging products in ways that avoid old stereotypes.’ 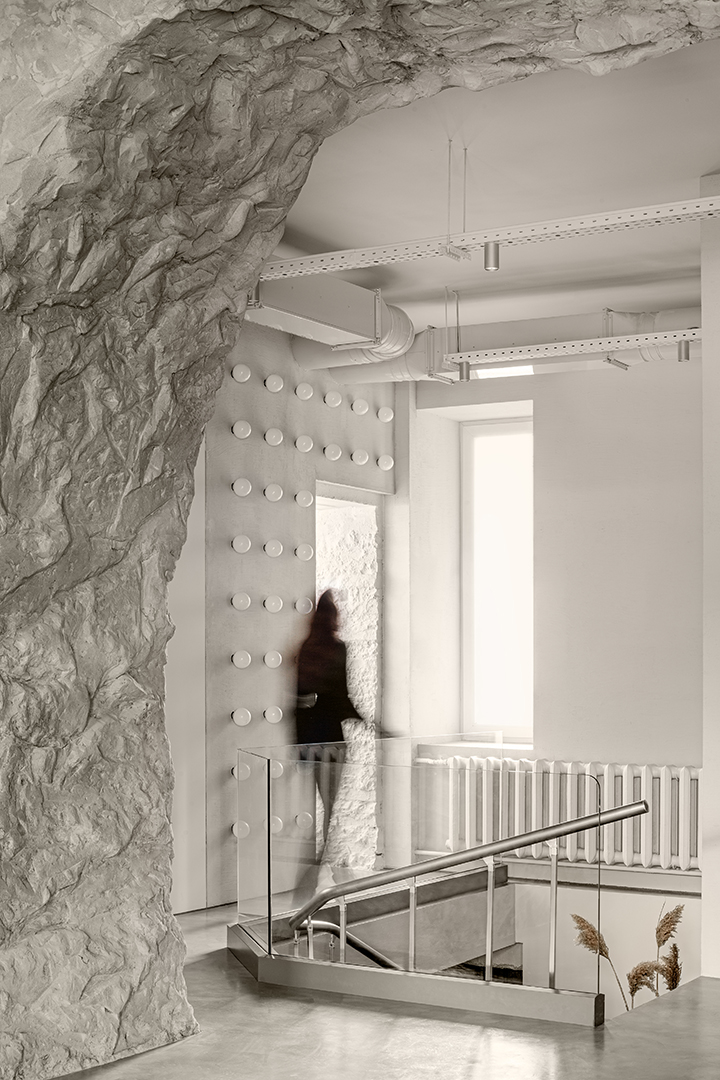 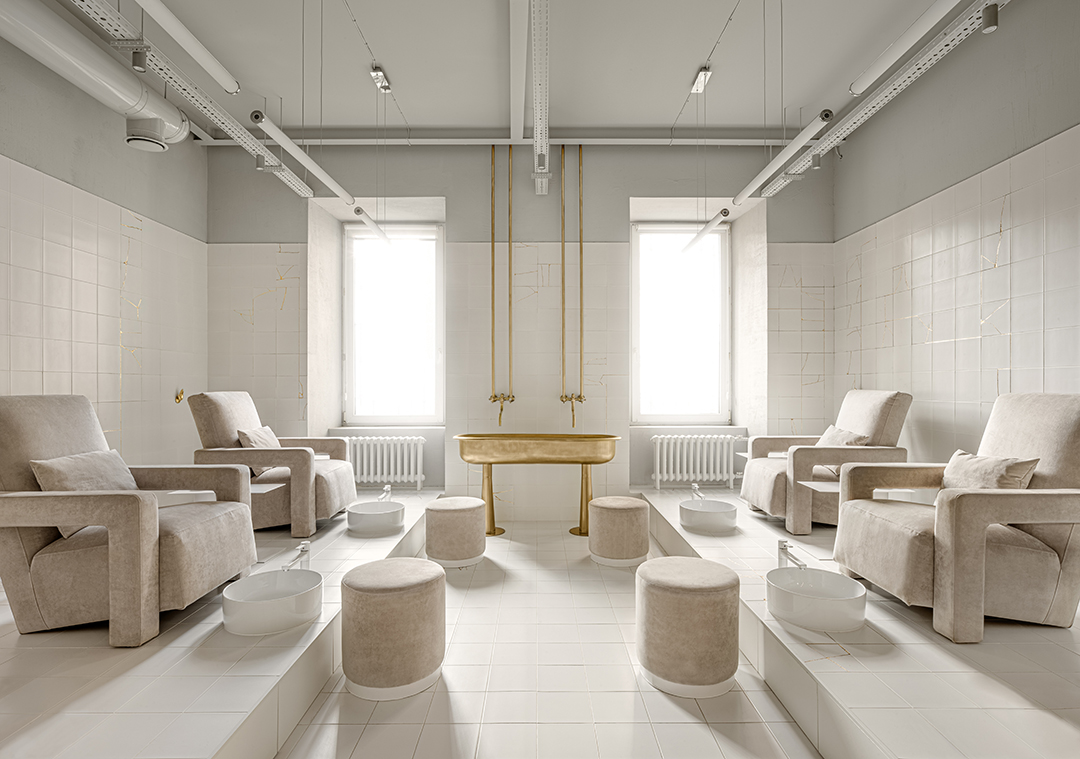 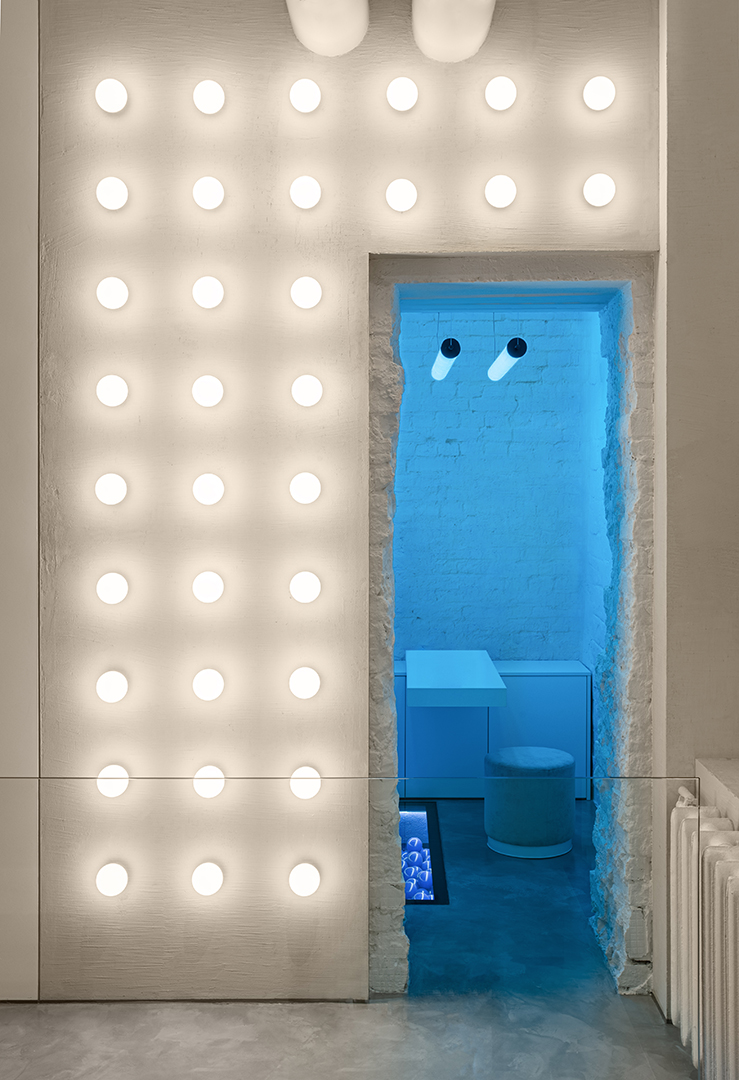 What could the movement mean for the design of beauty-related spaces? Balbek Bureau offers up one example with Say No Mo, a salon in Kiev that wants to challenge the ‘old stereotypes’ to which Carefoot refers. ‘The main task, faced by our team from the very start of the design process, was to break away from the traditional perception of a conventional beauty salon and its gender distinction,’ says a spokesperson for the studio.

The neutral tones favoured by younger gender-inclusive beauty brands – grey, white and silver among them – find form at Say No Mo in an interior dominated by a cast-in-situ concrete arch. The designers say the arch’s rough aesthetic – which they refer to as ‘broken’ – is ‘a metaphor for broken stereotypes in the beauty industry’.

Focusing on inclusion and connection, the reception-slash-waiting area doubles as a lounge, with furniture arranged in groups alongside a fireplace. The reception desk itself also has a second function, serving as a cocktail bar when the space hosts events.