Who says work and the patio can't mix?

Architects Shogo Onodera and Tsukasa Okada noticed a positive effect behind today’s remote working trend. ‘Many people do not have fixed seats anymore and work from home, the café or anywhere they like in the ways the like… and that could promote the imagination and lead to creative ideas or productive business plans,’ they stated. 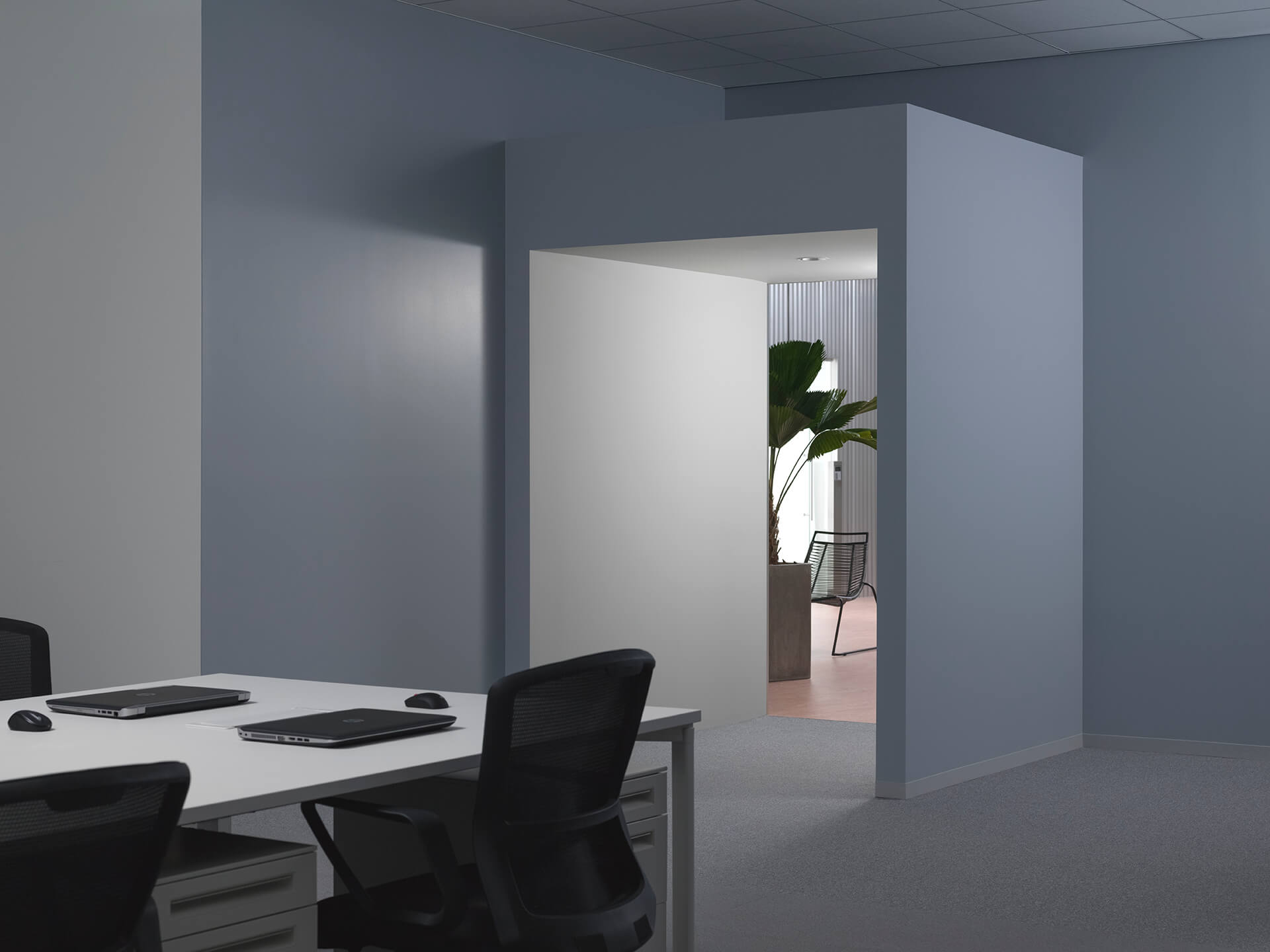 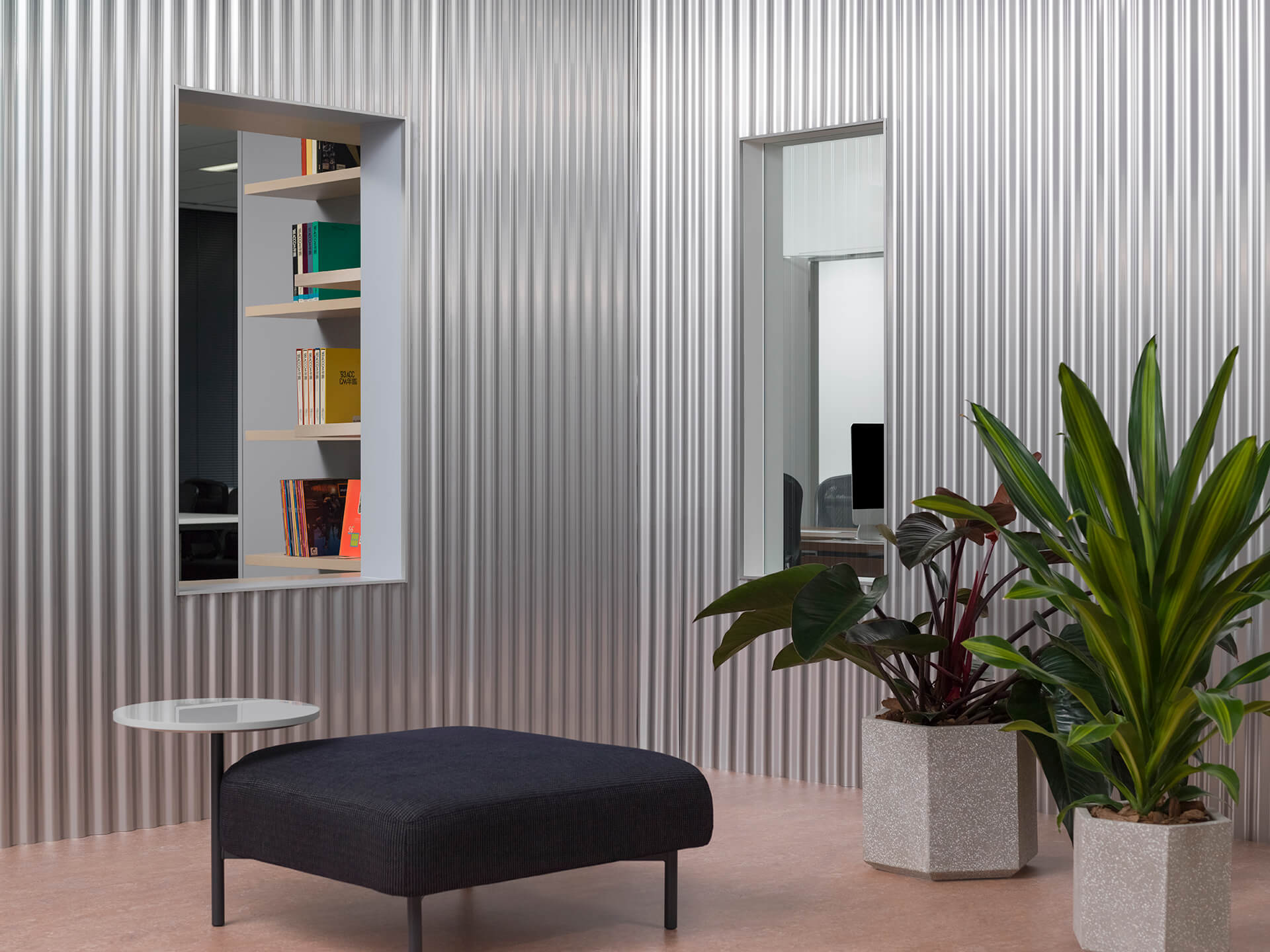 They kept that observation in mind when an advertising production company contacted them for a workspace renovation project. Their main goal was to provide an environment that, while efficient, would bring out the imaginative side of its users.

By rethinking the value of working in the same space, we believe that it will lead to the work style of a new age

Efficiency, though, was the client’s first request. At 760 sq-m, the space holds a large number of departments, but three in particular are closely linked together in their daily activities: sales, direction and production. Nevertheless, it was difficult for them to maintain close communication, as they worked from different locations. That’s where Office Shogo Onodera saw an opportunity to kill two birds with one stone: they would rearrange the layout to create a multi-functional intersection spot that could also function as creative fodder. And that’s how Office with a Patio was conceived. 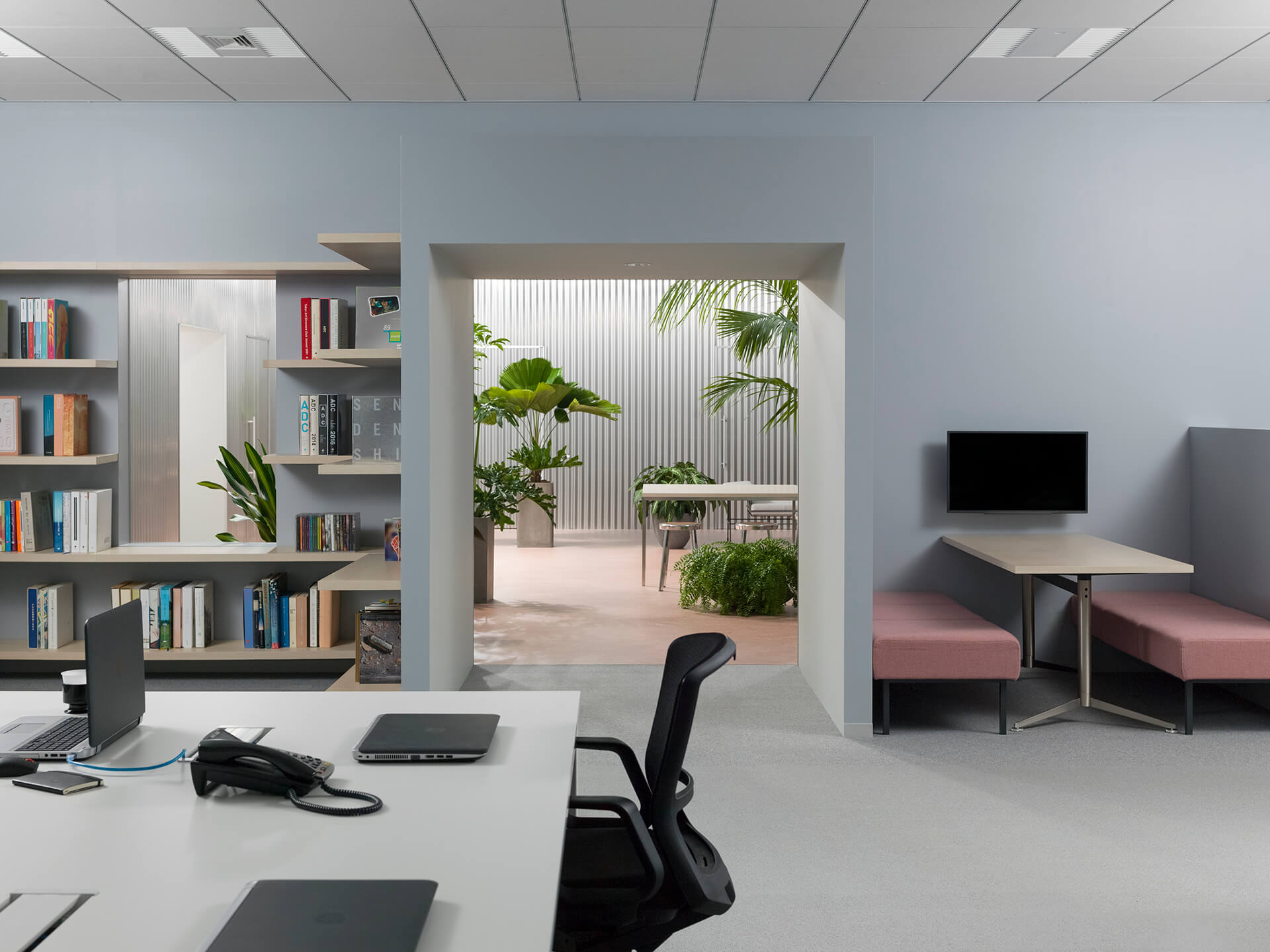 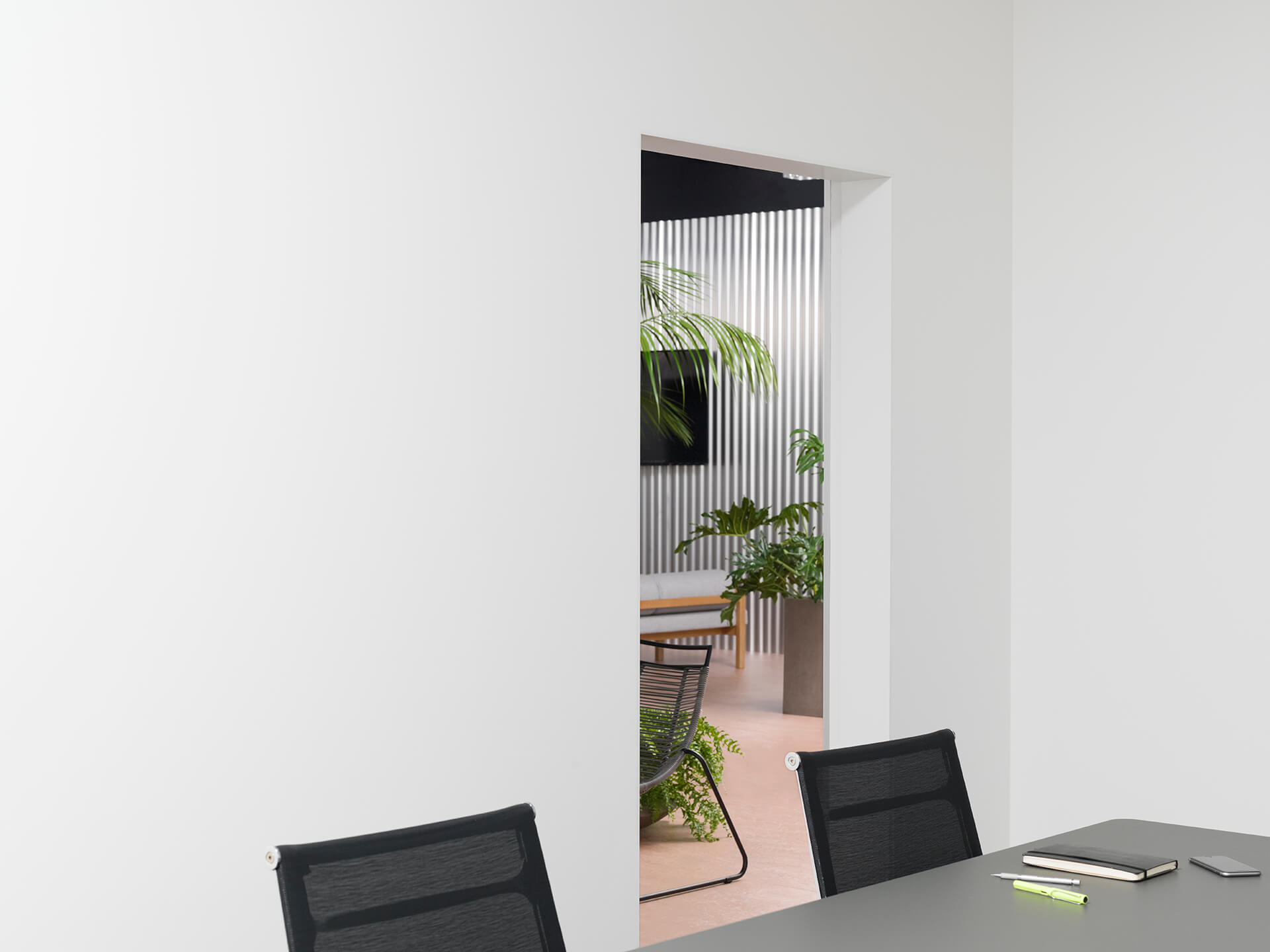 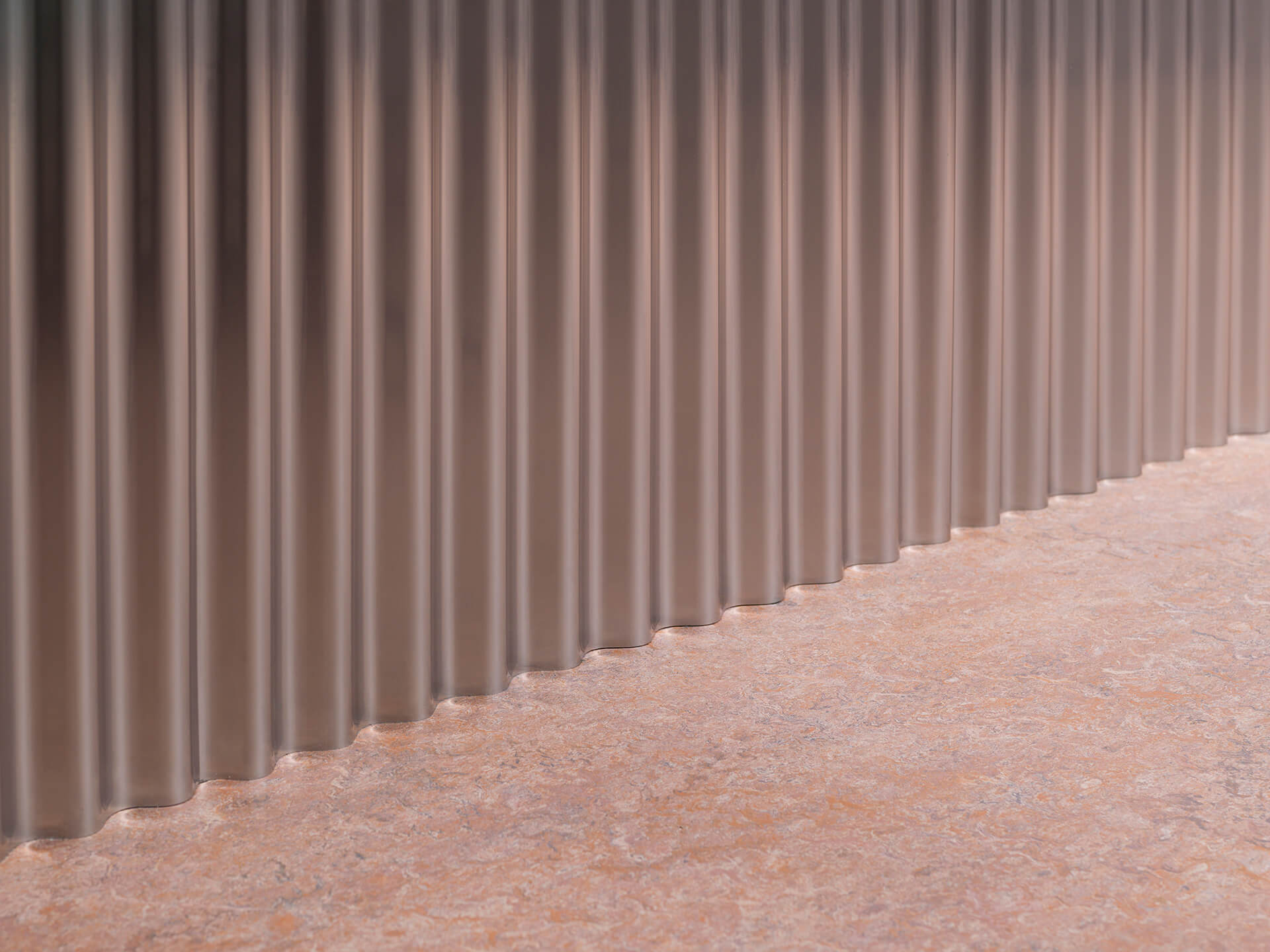 Despite this courtyard-like space is an interior proposal, viewing it through an architectural approach linked the inside and the outside. The walls around the so-called courtyard have stainless-steel mirror-finished corrugated boards that reflect and spread delight, providing a feeling of amplitude; via a series of tunnels, small windows and rooms around it, employees can see the presence of their colleagues on the other side, which could trigger productive exchanges.

‘Such a way of communication is not necessarily taken for granted in society today,’ the duo explained. ‘By rethinking the value of working in the same space, we believe that it will lead to the work style of a new age.’