Why Emmanuelle Moureaux uses colour as a spatial principle

A visit to Tokyo in the 1990s changed Emmanuelle Moureaux’s life forever. Falling in love with the city and its colourscapes, she decided to move there after completing her architecture studies in France. Her dream was to open her own design office in Tokyo, even though the need to learn the language and obtain Japanese qualifications meant starting from scratch. In 2003 she finally opened her studio, from which she has worked on a wide range of projects – including a bank, an entire train line in Taiwan and numerous art installations – ever since. United by their use of colour as a main spatial principle, an approach she calls shikiri, her creations use as many as 1,000 different hues, each of which is custom made. Moureaux teaches at Tohoku University of Art and Design.

When did your obsession with colour begin?

EMMANUELLE MOUREAUX: When I saw Tokyo for the first time. As a student back home in France, I’d never really been aware of colour, and as soon as I got off the train, I saw it with fresh eyes. There’s just so much colour here. It’s also the way it manifests itself as layers floating it space. That effect is created by the combination of neon signage, overhead cables and different building heights – and it’s unique to Tokyo. When I realized how little colour actually features in Japanese design and architecture, which is mostly monochrome, I decided I wanted to establish my own studio to explore it. 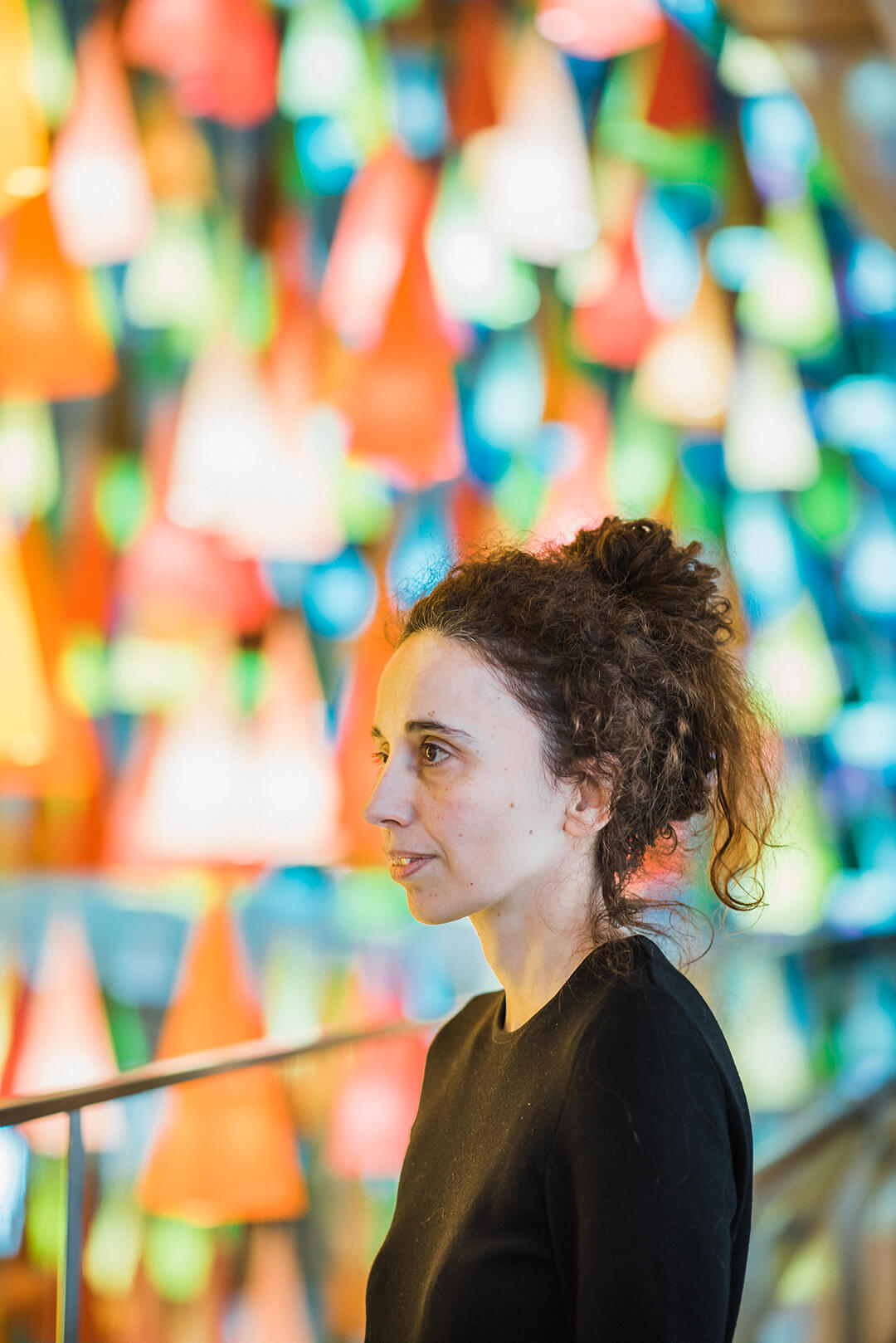 What’s the appeal of colour for you?

The emotions it generates. It makes the heart sing; it fills you with energy. Through my work I want people to feel what I felt on my first visit to Tokyo.

What was your first project?

A small interior for a cosmetics company. I got the commission through one of my students – I’d been teaching French while learning Japanese. I didn’t want to work in anyone else’s design studio. I just wanted to work for myself. That interior was a tiny space, but I used lots of colour. When it was completed, the client said she felt purified by colour. That’s when I knew I was on the right track and wanted to continue.

How did you develop your concept of shikiri?

I was inspired by Tokyo and by the way that colour defines depth in the cityscape. The term shikiri basically refers to the traditional Japanese screen. I adapted the characters so that it means ‘divide with colours’ – that’s what I base all my projects on. I use colour in a three-dimensional way, not as a finishing touch. 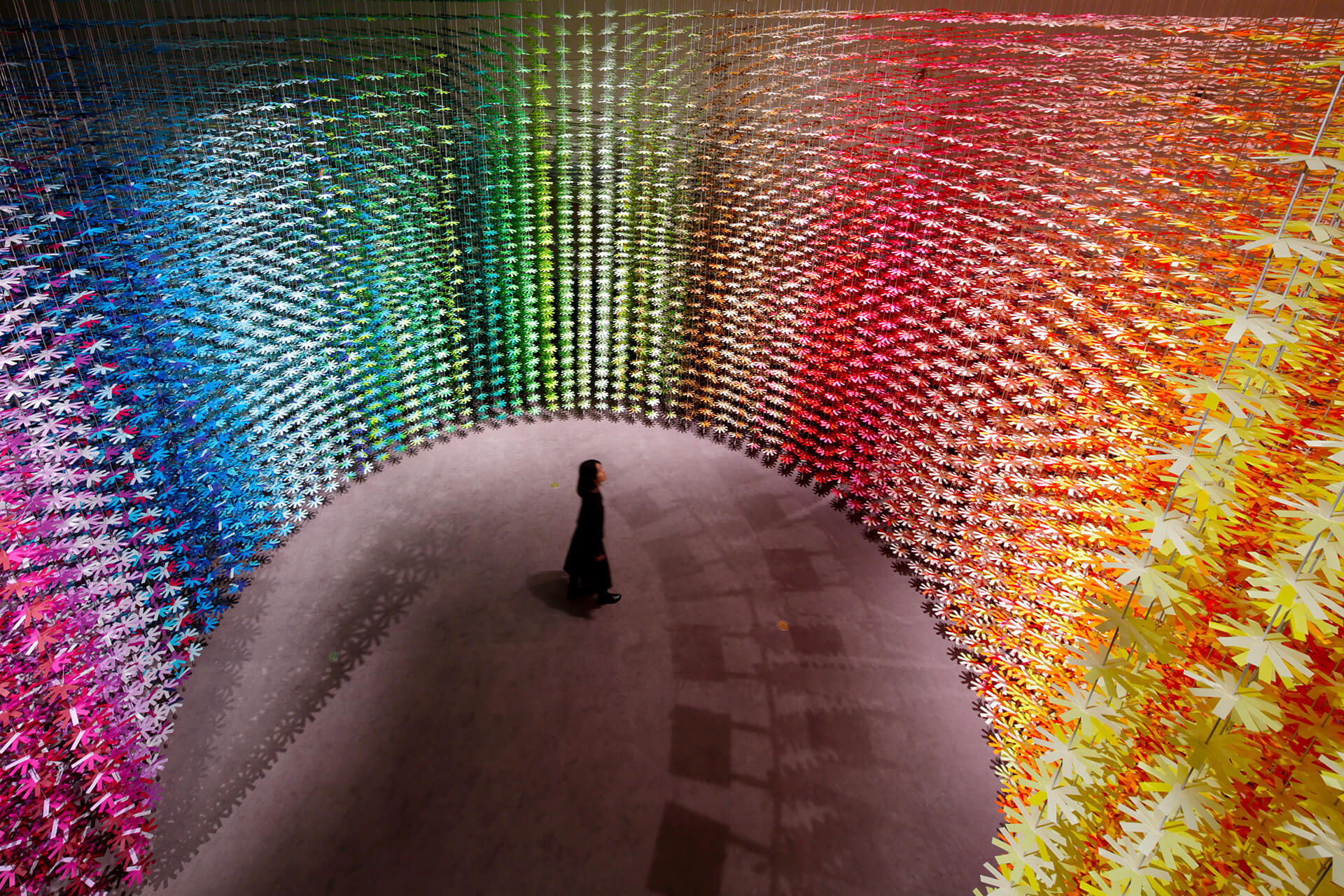 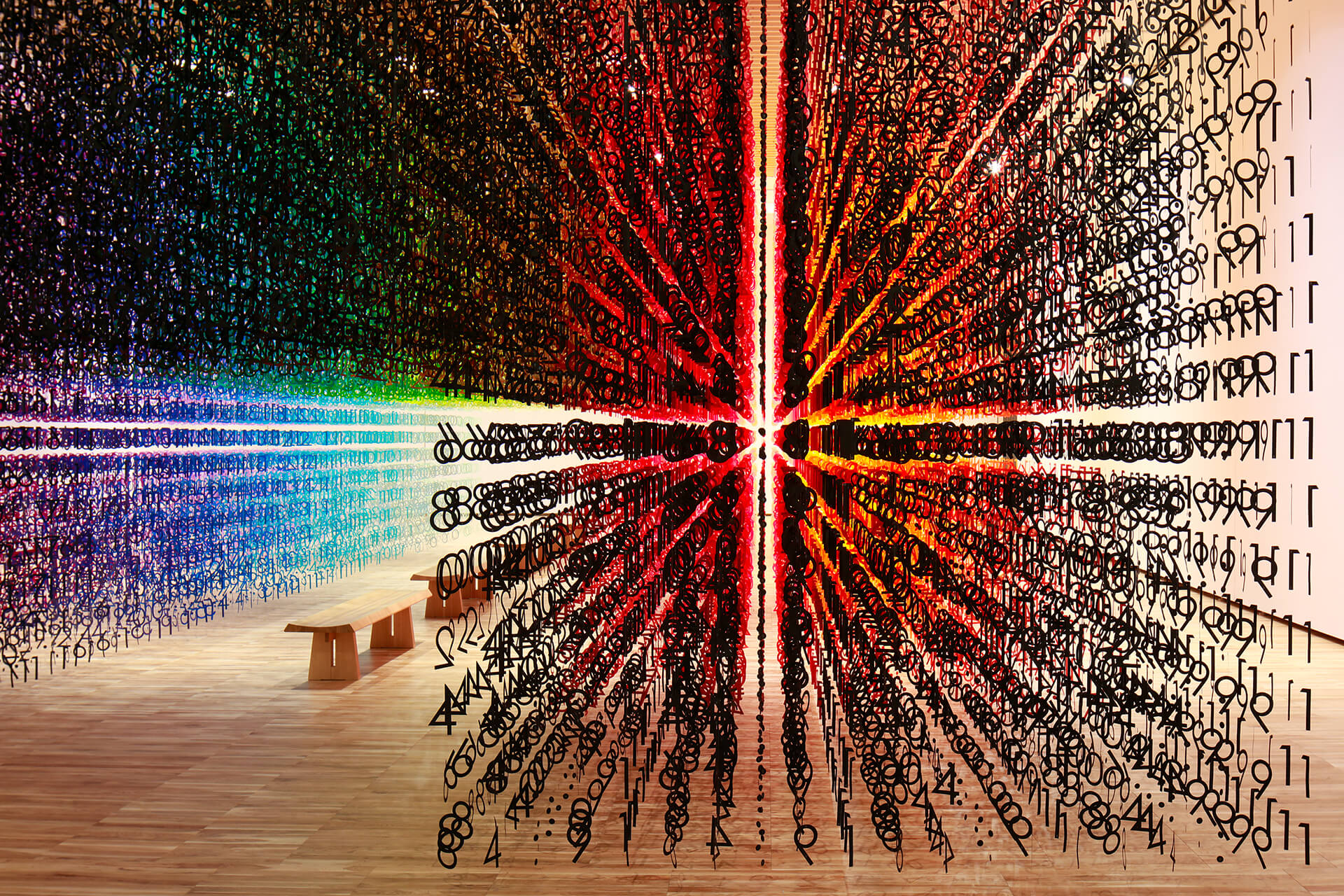 Top: Created for the 100th anniversary of NSK, the largest manufacturer of bearings in Japan, Color Mixing (2016) saw small flower motifs spin on their axes. The installation is the 17th in Moureaux’s 100 Colors series. | Bottom: (Color of Time ((2017-2018), another 100 Colors project, was Moureaux’s first – and potentially only – installation to incorporate black.

Art, architecture, design – you work in all three. Is there a difference in the way you approach them?

No, it’s all the same to me. I don’t see architecture, design and art as different disciplines. Instead, I see my work as travelling between different scales. The process is always identical.

Pantone has lots of colours, but not enough for me

Can you describe it?

I start with the concept. At the beginning, I decide how many colours I’m going to use – not precisely but roughly, say 20 or 100. Then I work on the name and the concept, in words – both of these are very important to me. When thinking about the concept, I design small spaces based on the idea, so I’m working with words and visuals at the same time. The second step is to develop the design by making models – which can be small or 1:1 – and lots of drawings. Then I develop the colours, which is the hard part.

Where do your colours come from?

I mostly mix them myself. Sometimes I use Pantone colours, but that’s an exception. I’m using them for the train line I’m doing in Taiwan, for example, because of the distance involved. Pantone has lots of colours, but not enough for me. Luckily, I find my colours everywhere. It might be a page in a magazine that’s a beautiful blue, so I’ll give that to the paint or dye factory – which one depends on the material we plan to use. I check colour samples at the factory until they’re right. It’s a difficult process. 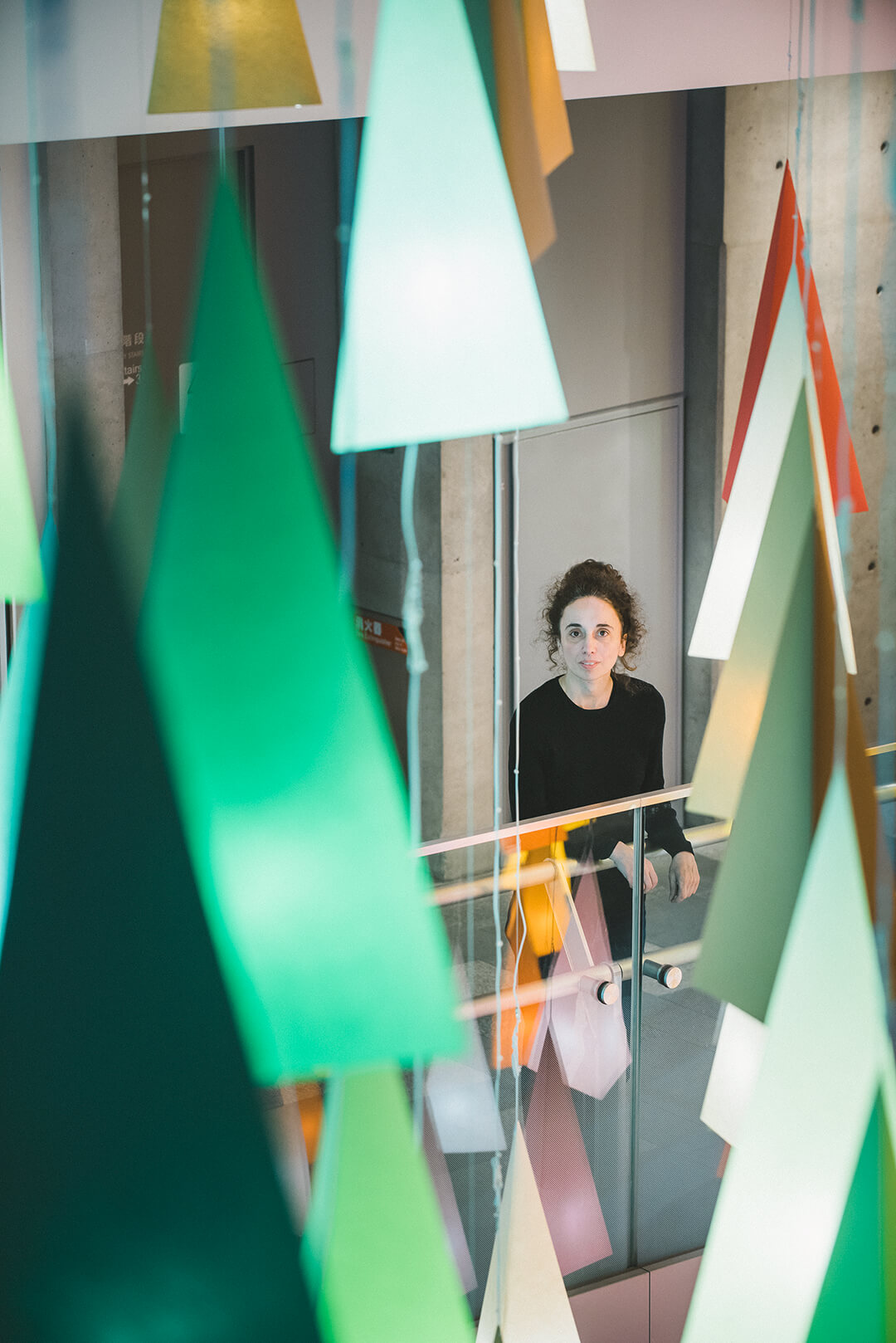 ‘My studio is filled with colour,’ says Emmanuelle Moureaux, ‘so generally I wear black or white.’

How do different materials affect the colours in your projects?

They don’t. Materials are absolutely not important to the outcome. Only colours matter. I don’t want people to recognize the materials I use, because I want them to focus solely on the colours. If I use wood, people can’t tell it’s wood. I always hide the texture.

I used 1,000 for 1000 Colors Recipe, [an installation I completed] for Imabari, a city famous in Japan for its dyeing industry. The brief was to showcase the techniques of eight dye factories, so I decided to do something that would be impossible otherwise – hence the 1,000 colours. It was a big challenge. To select that many colours, you need several thousand to choose from. Because dyeing is like cookery, the installation takes the forms of symbols that refer to the temperature, timing and percentage of ‘ingredients’.

Prior to this installation, my colour limit was 100, as demonstrated by my 100 Colors series, which I began in 2013 to celebrate my studio’s tenth anniversary. One of my goals was to prove you can see 100 colours in a space. While it’s a large figure, it’s also a familiar number, and the colours are easy to distinguish. I’ve made many different versions of 100 Colors in various countries.

Do you think you’re more colour-sensitive than other people?

Because of my work, I’m always looking for new colours, but I don’t think I see more colours than anyone else. I’m just more attuned to them. I believe it’s a universal ability and that almost anyone can distinguish millions of colours.

What I find from talking to architects, designers and students – because I also teach – is that people often say it’s too difficult to use colour and that they’re not brave enough. You need courage, so I teach my students not to be afraid of colour.