Today, the late Irving Harper is known mainly for the classic modernist furniture pieces he designed, often uncredited, while working for George Nelson, like the Marshmallow sofa and the Ball clock. But some of his most intriguing works have never been seen in public – the paper sculptures he has created over the years as a hobby, 300 of which share Harper’s home in Rye, New York. Frame asked him about his passion for paper before his passing in 2015.

How did you come to be interested in paper as a material?

IRVING HARPER: Well, I used paper in my job all the time. I used to make presentations for clients on paper – actually, paperboard – and part of that was making models of everything I had designed. And I got better and better at it, because I did it so often.

Why did you start making sculptures?

I was under extreme stress. I had deadlines to make, and I had to do a lot of research. Initially I used other materials, like bamboo. Then, when I retired or when I was about to retire – I forget exactly when – I decided to use paper as a medium to make sculptures, all by itself. I mean not as a sales tool. So I started doing that, and I’ve been doing it ever since. I kept on going, and finally I had no more room for anything that I’d done, so I lost the incentive to decorate the house with sculpture. At that point I decided to quit the whole thing and sit down and enjoy looking at them, which is what I’ve been doing ever since. I may start again. You never know. 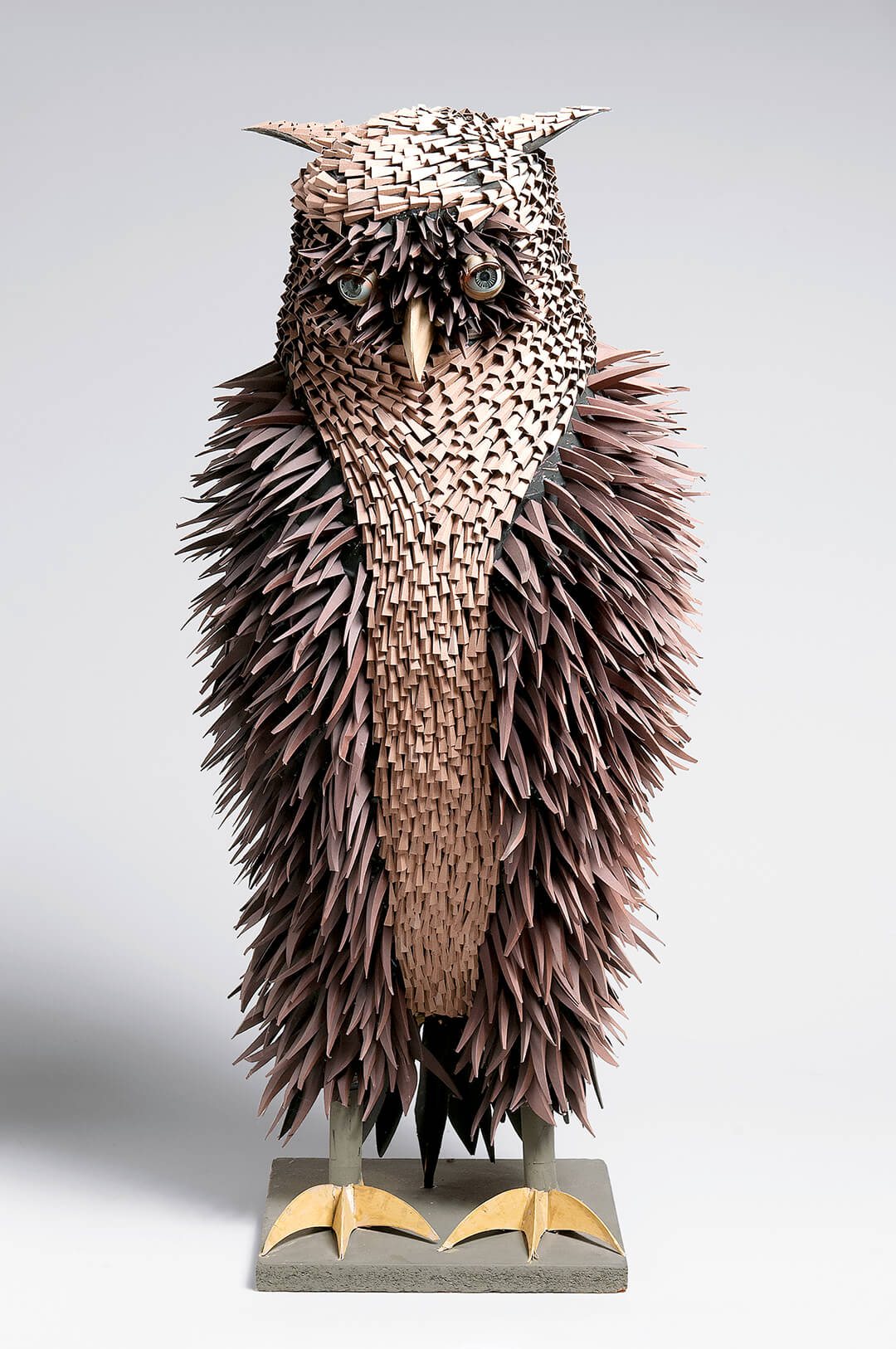 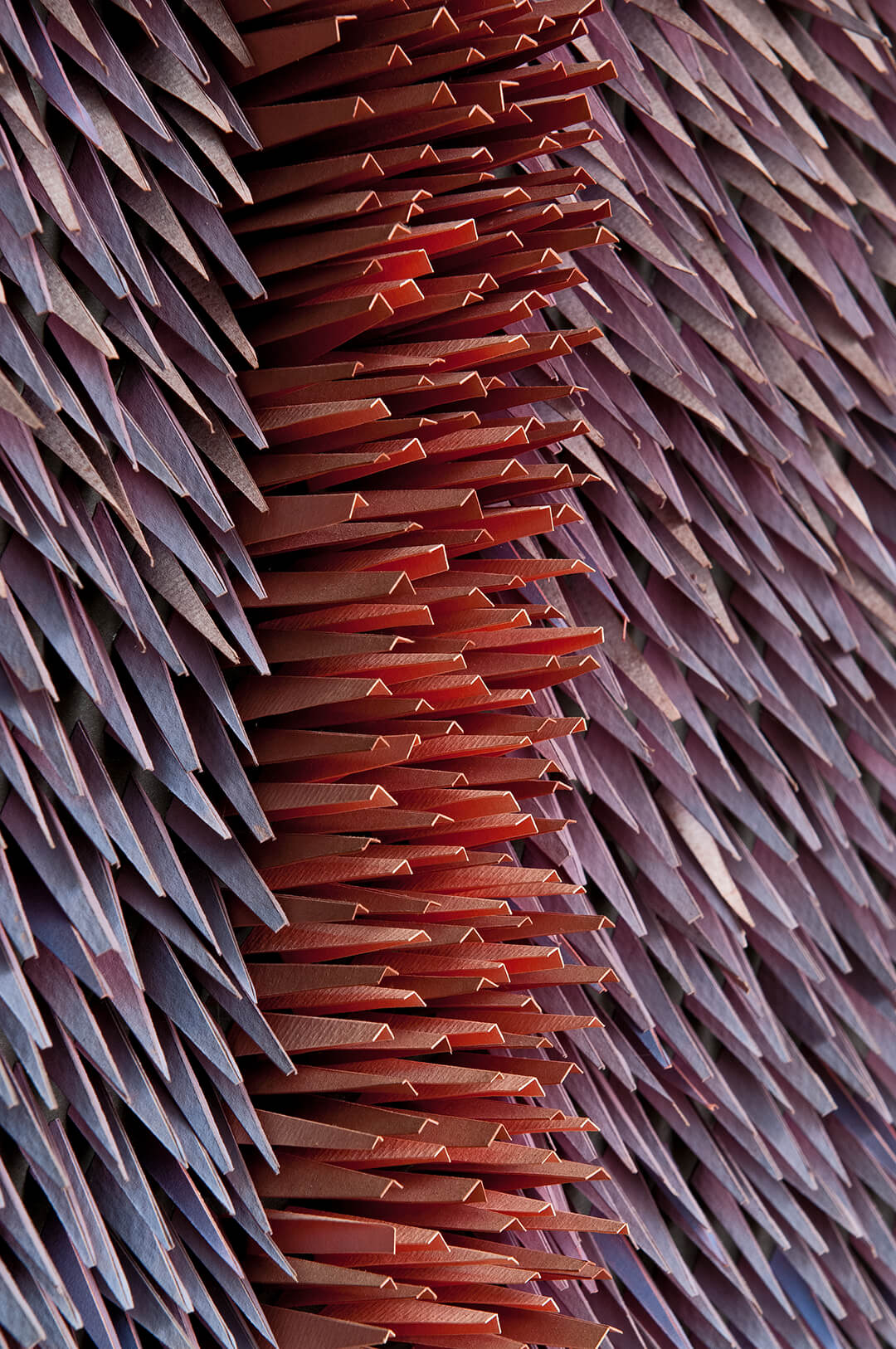 Top: This craft-paper owl was Harper’s last work before running out of display space in his home. | Bottom: Repeated figures are a sophisticated take on paper-doll garlands.

What kind of paper do you use for your works?

Strathmore. You get that in various thicknesses and colours.

Which techniques do you prefer?

Well, I use razor blades, and basically that’s all it is. It’s just a matter of cutting the paper and scoring it and bending it. I found out that you can score paper and bend it, and it assumes its own structural validity. I mean it becomes much stronger and assumes all kinds of shapes. I use paper because it’s so convenient and so easy, and it can be done anywhere – even at the kitchen table. It doesn’t require any studio space, and it doesn’t require any particular apparatus or instruments. And it’s much more relaxing anyhow to do it that way.

What inspires your paper art?

I used to get ideas from going to the Museum of Art and the Metropolitan. For example, there’s a cat, a Persian cat, in the Metropolitan made of hammered metal. I’ve always loved that sculpture. So I thought I’d make one here, but it turned out to be a rather different animal.

Picasso is my basic inspiration. That’s because I see so many things of his that I could do in three dimensions. That cat, which is about to eat the bird – that’s a Picasso painting. And the horse is a Guernica horse. I get a big kick out of looking at Picasso in reproduction, in books and things. He’s really the artist that turns me on, gives me ideas. He’s such a marvellous draughtsman. I’ve got a book of his right here, of his drawings, which are superb. 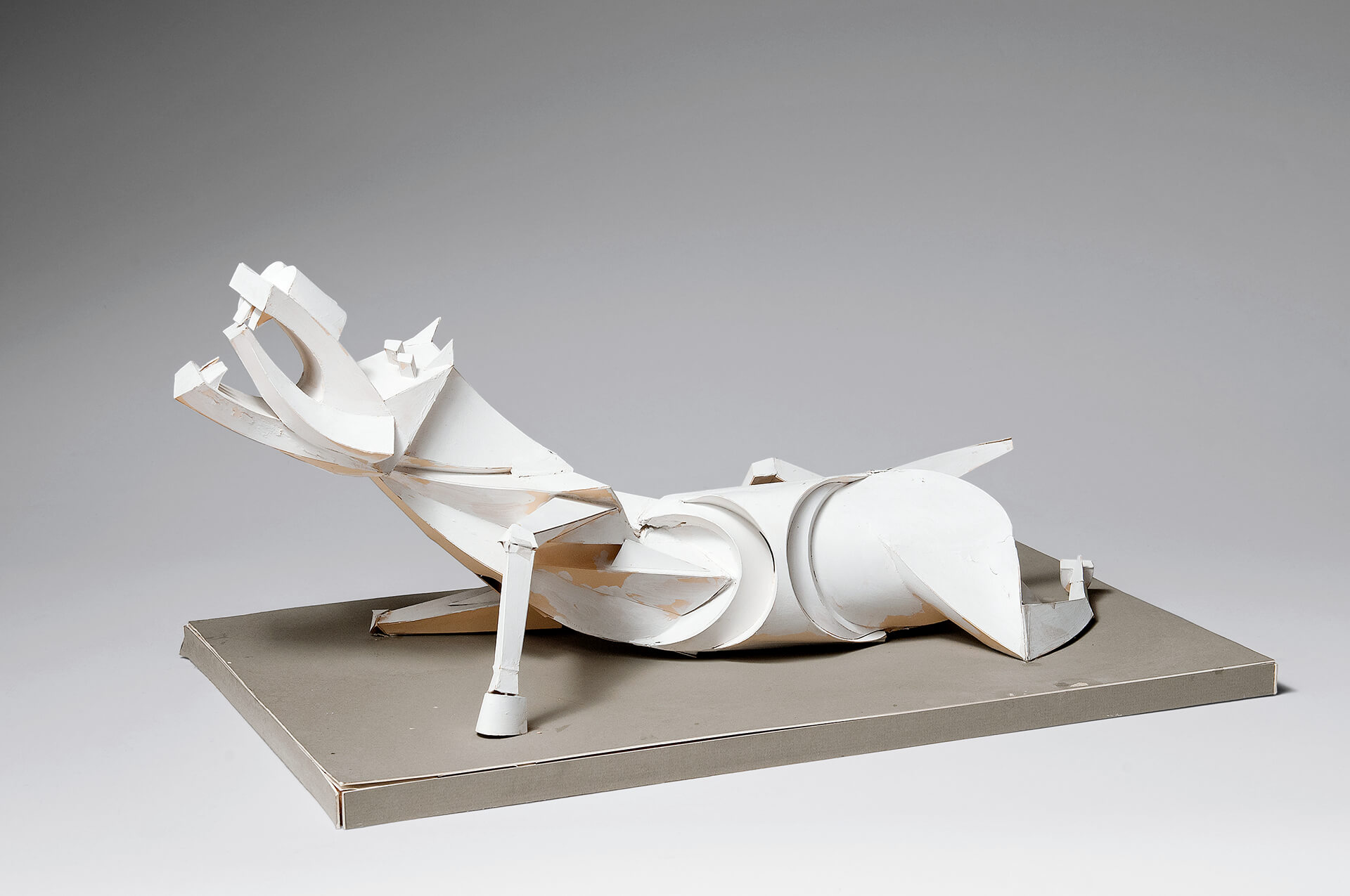 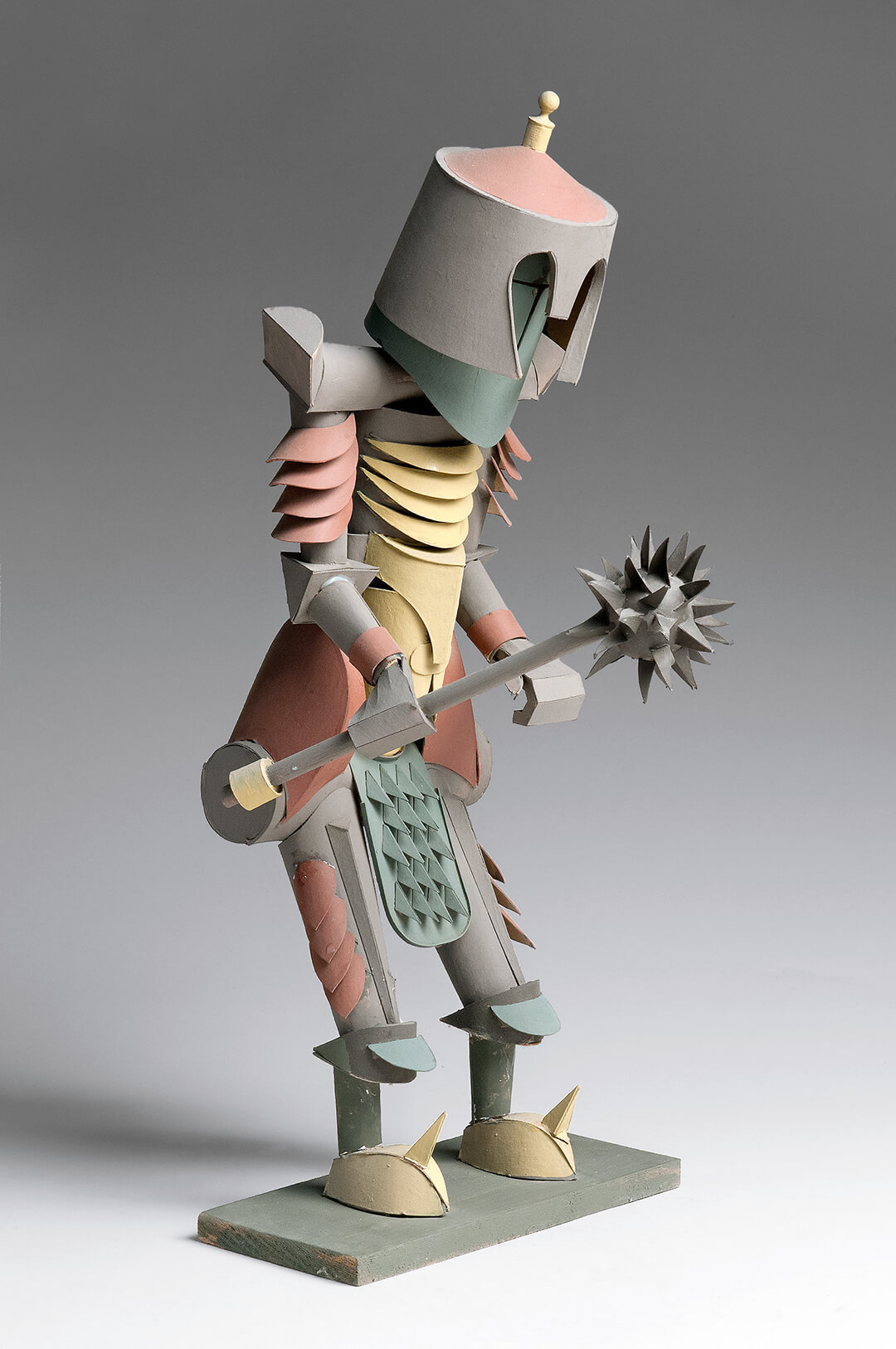 Untitled and undated, this knight – like the artists 300 other sculptures – was made for its creator’s satisfaction alone.

What intrigues you most about paper as a material?

Well, first of all it’s cheap. Secondly, it’s plentiful, and it comes in many, many colours and many forms – and it lends itself to all kinds of techniques.

Your figurative and abstract sculptures seem equally strong, as if they are equally important to you.

They each fill a need. It depends on the time I do them. The ideas I get are sometimes figurative and sometimes abstract.

After all these years, do you still think there are new things to be done with paper as a material?

It’s like an artist with paint. The paint can always be applied in a new way. There’s never any end to the ideas.

You’ve rarely shown your sculptures, but those who’ve seen them – like Michael Maharam, who’s edited the new book about you – are entranced. Does the reaction surprise you?

I had no idea that I was making anything of any importance or any value. I just did something to fill my time, to keep busy. And I tried to do things that require a lot of painstaking work, a lot of fussing, like knitting. These things, the three-dimensional sculptures, are one part. Then there are all the pieces that require cutting up paper and piecing it together in various ways, painstakingly. So that’s the other side of the things that I do. I really get a great deal of pleasure out of just doing painstaking, fussy work.