Why this Venezuelan spa doesn’t look like your typical spa

If not a momentary suspension of reality, what is a spa trip? As a built space, the spa functions first and foremost as an escape – or, as the owners of a venue in Caracas eloquently refer to their own – ‘a pleasant hermetic bubble’.

Situated in a busy area of the Venezuelan capital, the day spa in reference is designed by Atelier Caracas. Hoping to deliver a true respite from the city, the client and creatives wanted to create a marked departure from typological aesthetics. They reasoned that rejuvenation didn’t need to be delivered in the quintessential natural-and-natural-palette package: the spa, rather, is inspired by the surreal visuals in Stanley Kubrick’s 2001: A Space Odyssey. 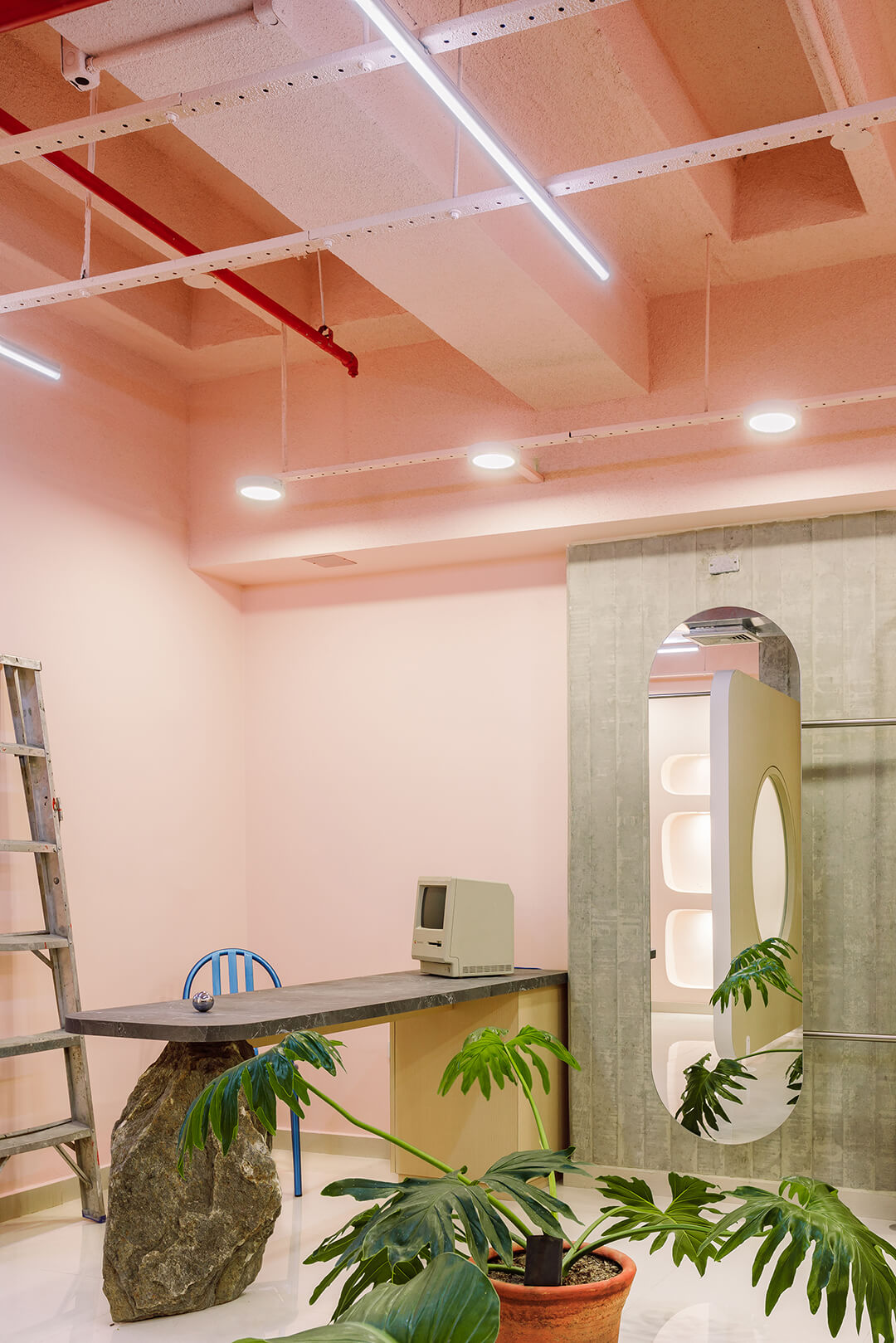 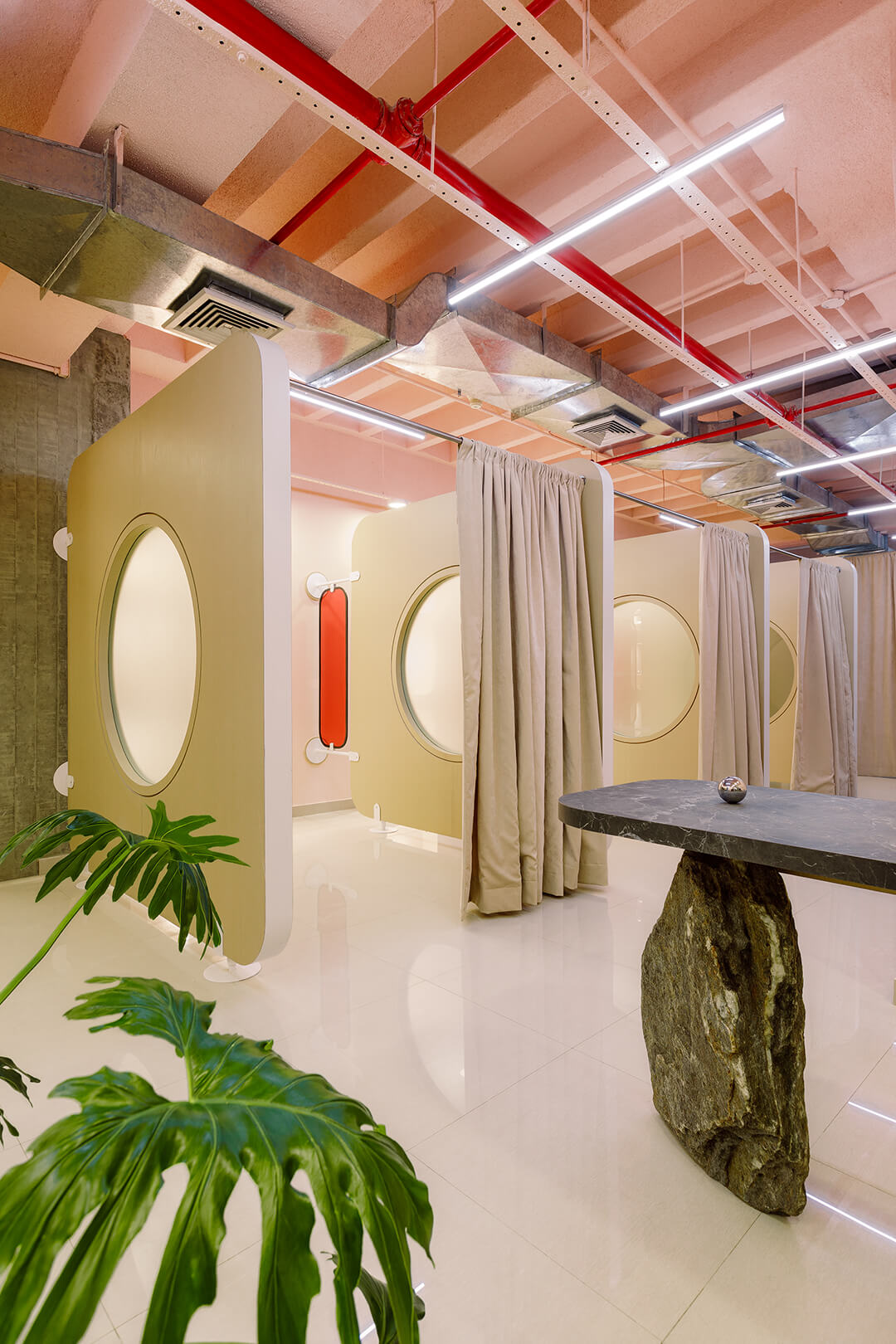 Atelier Caracas was brought on to create a space that would bring spa-goers ‘out of this world’, one where the surrounding polluted environment ‘simply would not exist nor apply’. Deciding to take an architectural approach mirroring the sci-fi film’s staging and scenarios, the studio studied the surreal sets and scenography developed by Kubrick and Harry Lange in 1968. The visual tropes in Kubrick’s work have oft been referenced in store design. Their inclusion in a spa space can be seen as an example of the tightening aesthetic bond between retail and hospitality.

The interiors, covered in a colourful palette and curvaceous furnishings, are imagined as a ‘diffuse threshold between Earth and outer space’. Pastel pink paint covers the walls while the ribbed-slab ceiling structure is left exposed, treated by the studio with stucco to generate the sensation of being in a cave. The reception desk, built with MDF panelling, is clad in Formica that simulates marble. It rests on a large stone – a ‘meteorite’ if you will – that was found on a roadside in the outskirts of Caracas. 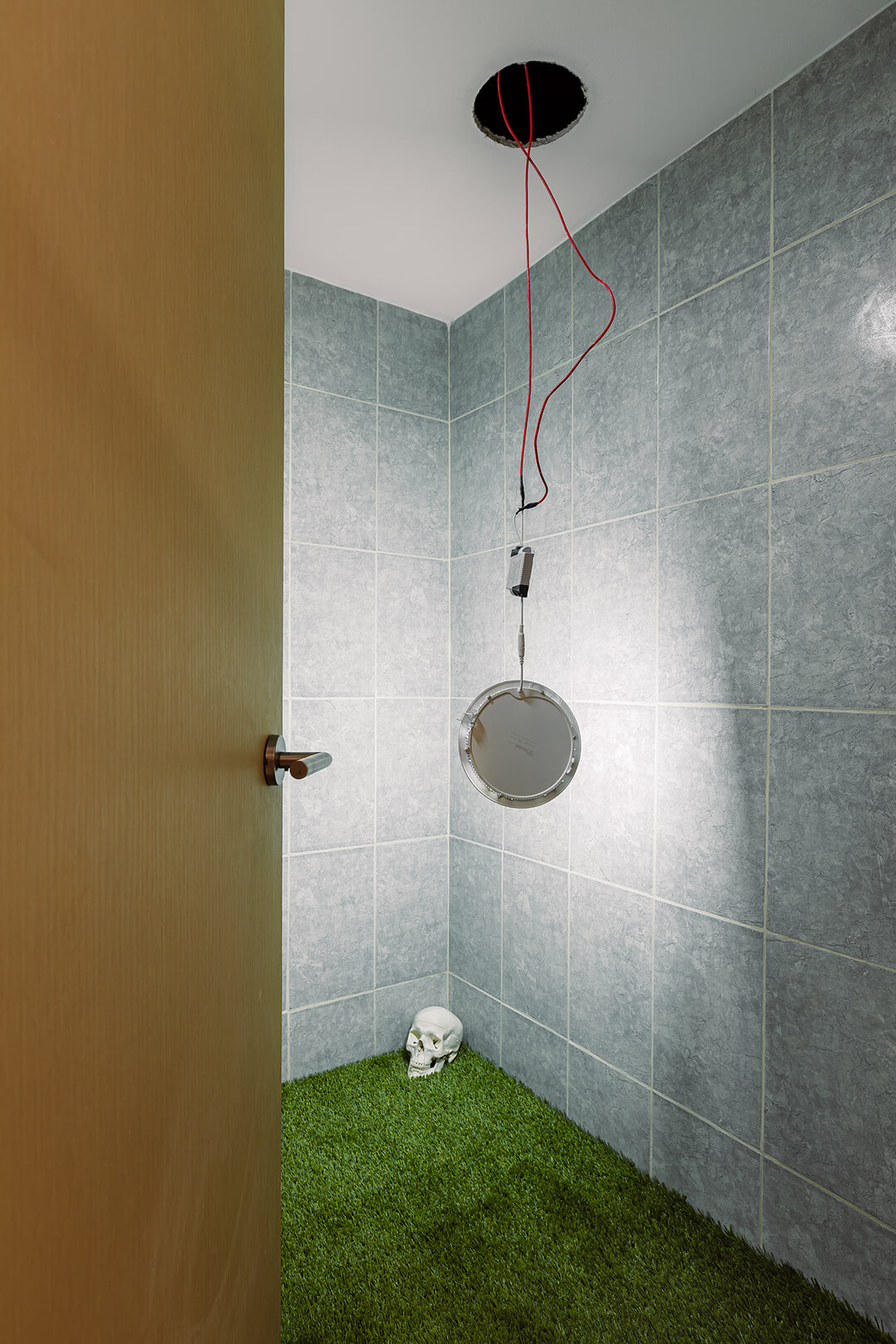 The most overt references to 2001: A Space Odyssey are large cubicles which, for fans of the film, will bring to mind its antagonist, an A.I. entity called HAL. In between the cubicles are rose-tinted glass separations, which, as the selected tint might suggest, function to ‘alter the perception of the inhabitant’.

But the space isn’t all sci-fi: plants in clay pots are a small reminder of life at ‘home’, a purposeful element bringing an Earthly warmth to the unconventional spa environment.