What started as a simple (or, at least, slightly less complicated) plan to establish the north–south metro line became an entire master plan for reworking the Dutch capital’s nineteenth century Central Station. The proposal turns the historic building into a major transportation hub – a commission granted to Benthem Crouwel Architects in 1996. Twenty years later, the renovation is still ongoing (although, it’s getting there) and amongst the restorations and extensions, Wiel Arets Architects’ IJ Hall sits at the northern-most point of the station. 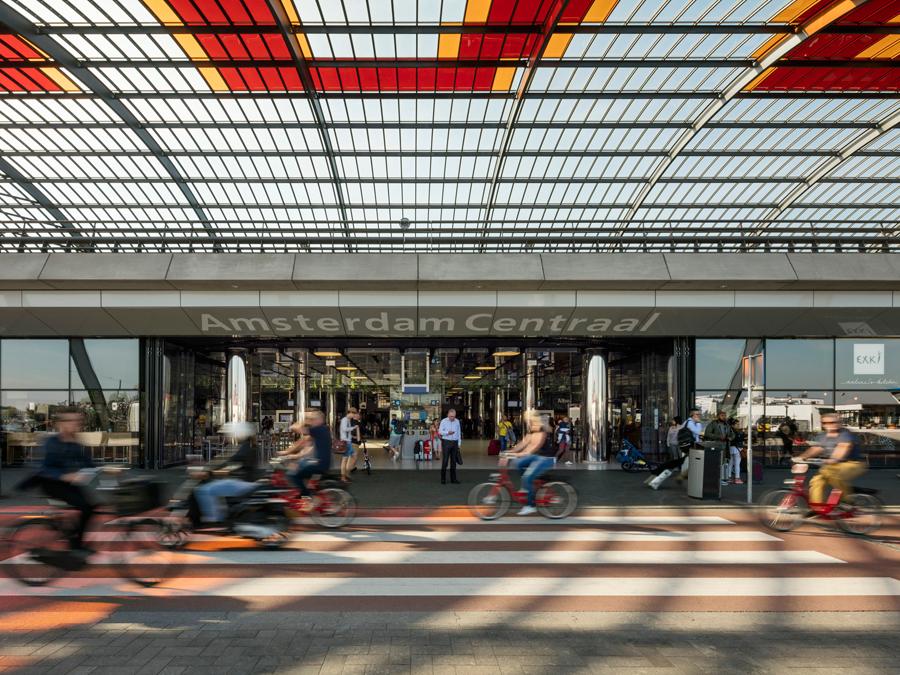 The passageway sits under a canopy as an extension to the original building, enforcing a connection between the station and the constantly expanding neighbourhood along the north side of the IJ. Between the ferry terminal, the bus network and the onslaught of rushing cyclists, this covered area is not a place to stand still. Wiel Arets Architects aims to keep the energy flowing through the interior by saturating the area with mirrored elements that ‘cast the fluctuations of the IJ’s surface reflections in the hall so they refract into the adjacent passageways.’ It’s a nod to Amsterdam’s relationship with water. 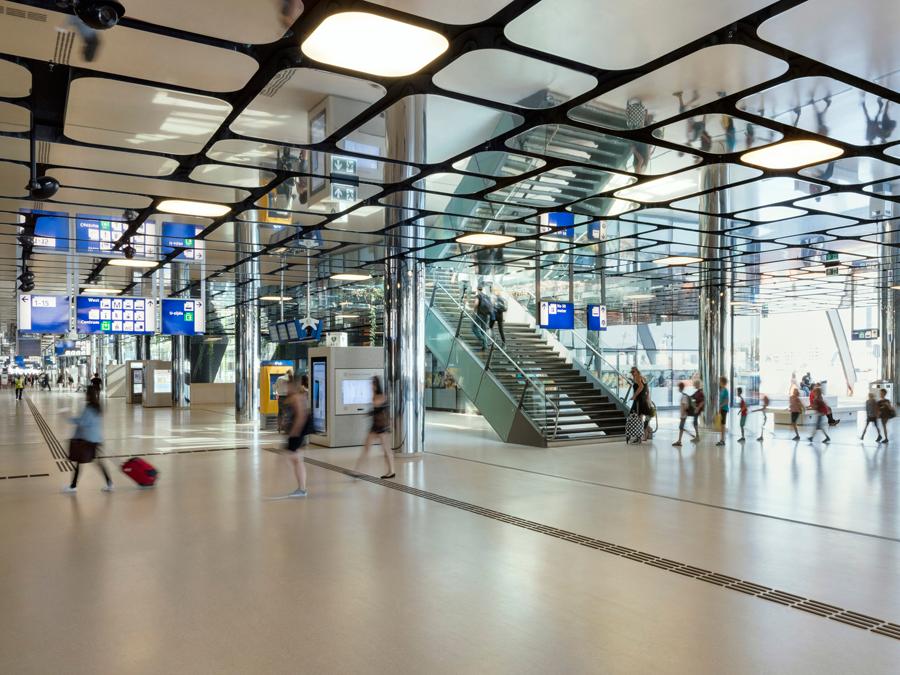 ‘The multifaceted interior passage is meant to encourage constant pedestrian movement,’ the architect explains, ‘while simultaneously remaining durable under the foot traffic of tens of thousands of travellers each day.’ This, of course, is a testament to the golden-tan-coloured Terrazzo floor – a hard-wearing composite that is poured and polished like a concrete screed. 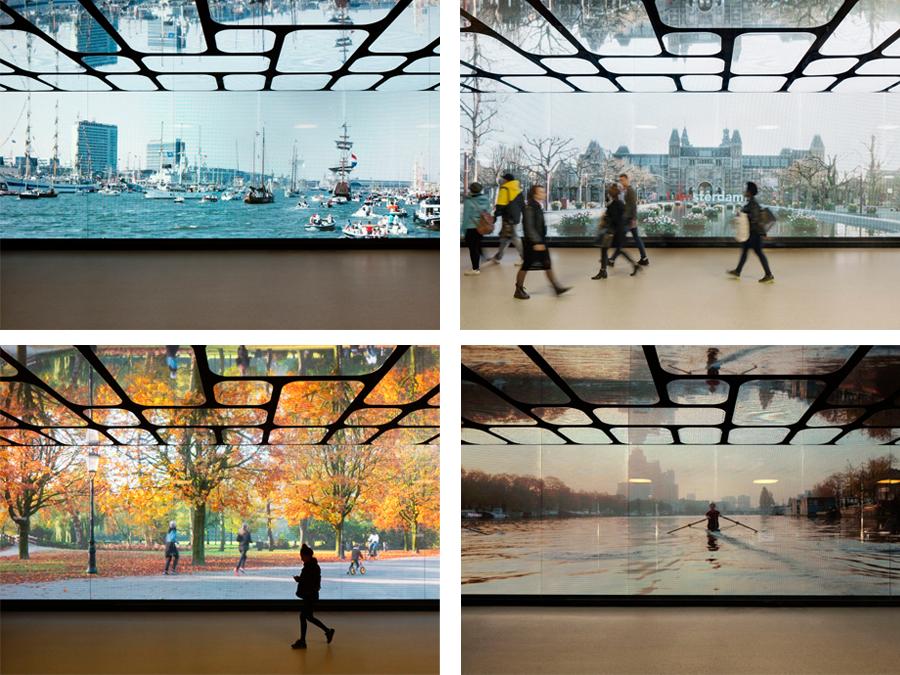 As a modern hub for transportation, the main train station of the Dutch capital must also be an epicentre for commercial activity. To most, this revolves around shopping and eating. The architect lines up glass frontages with integrated back-lit signage and giant LED screens – dispersed throughout the hall – featuring picturesque images of the city and, alternatively, enormous advertisements like the billboards of Times Square. The overall simplicity of forms and minimal material palette ‘bring unity to an otherwise frantically busy location within the station.’ 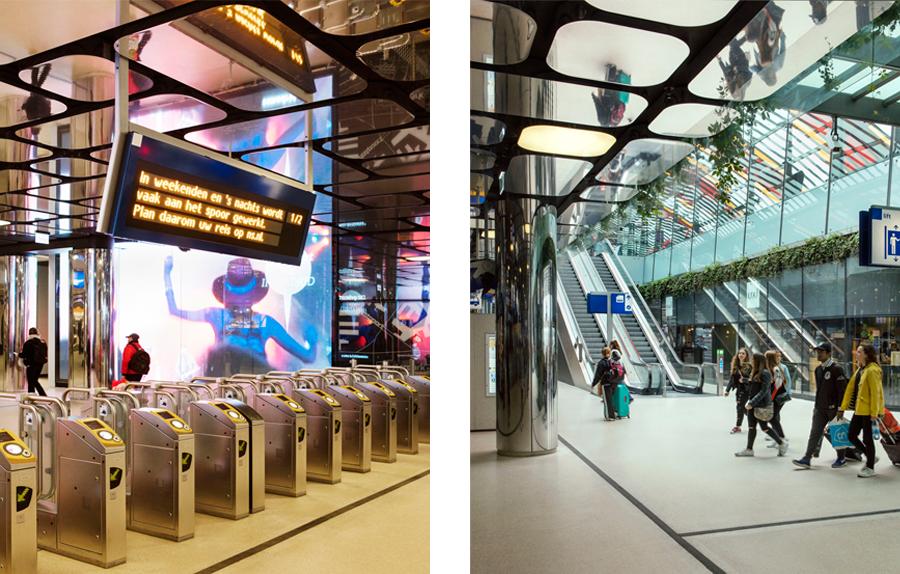 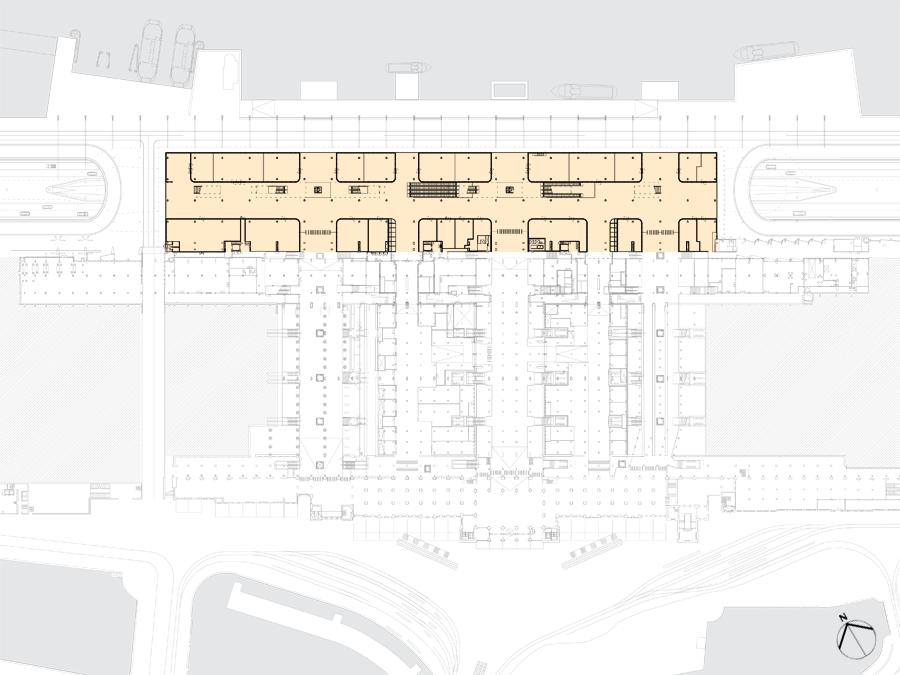 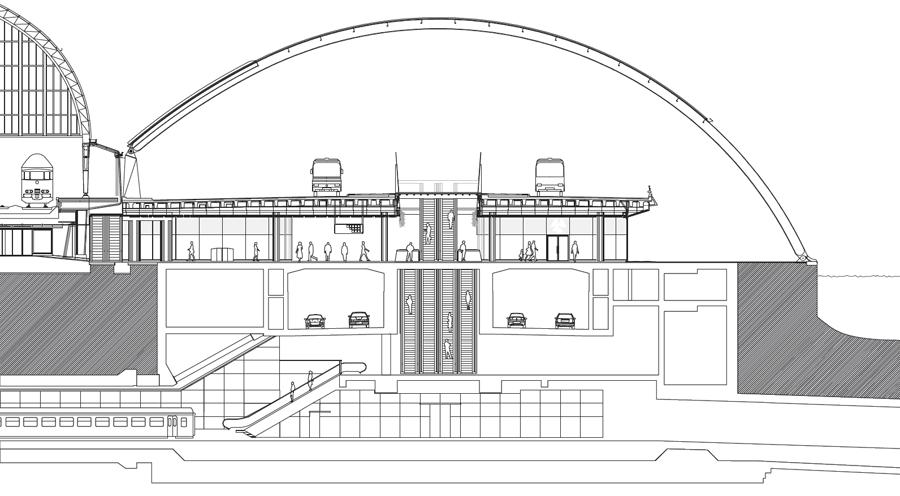