With green humility, this new restaurant left 70 per cent of the former space untouched

When IKEA opened its most sustainable store yet recently, in the United Kingdom, it took down the structure that stood before it to implant a new blue box in its place. When the Harvard Center for Green Buildings decided to make a net zero statement, it retrofitted a typical New England 1930s house, to send a message that the future can – and perhaps should – look like the past.

One of those approaches is obviously more truthful and actually more helpful than the other – especially when construction work is responsible for more than half of the energy expenditure of a building’s lifetime.

So, when interior designer Francesc Rifé stood before the same space he had worked on a few years before, but this time with a new brief for a new project, he took an unusual decision: he left the past stand. ‘After all, design done through the eyes of history is the most honest form of design,’ he explained. 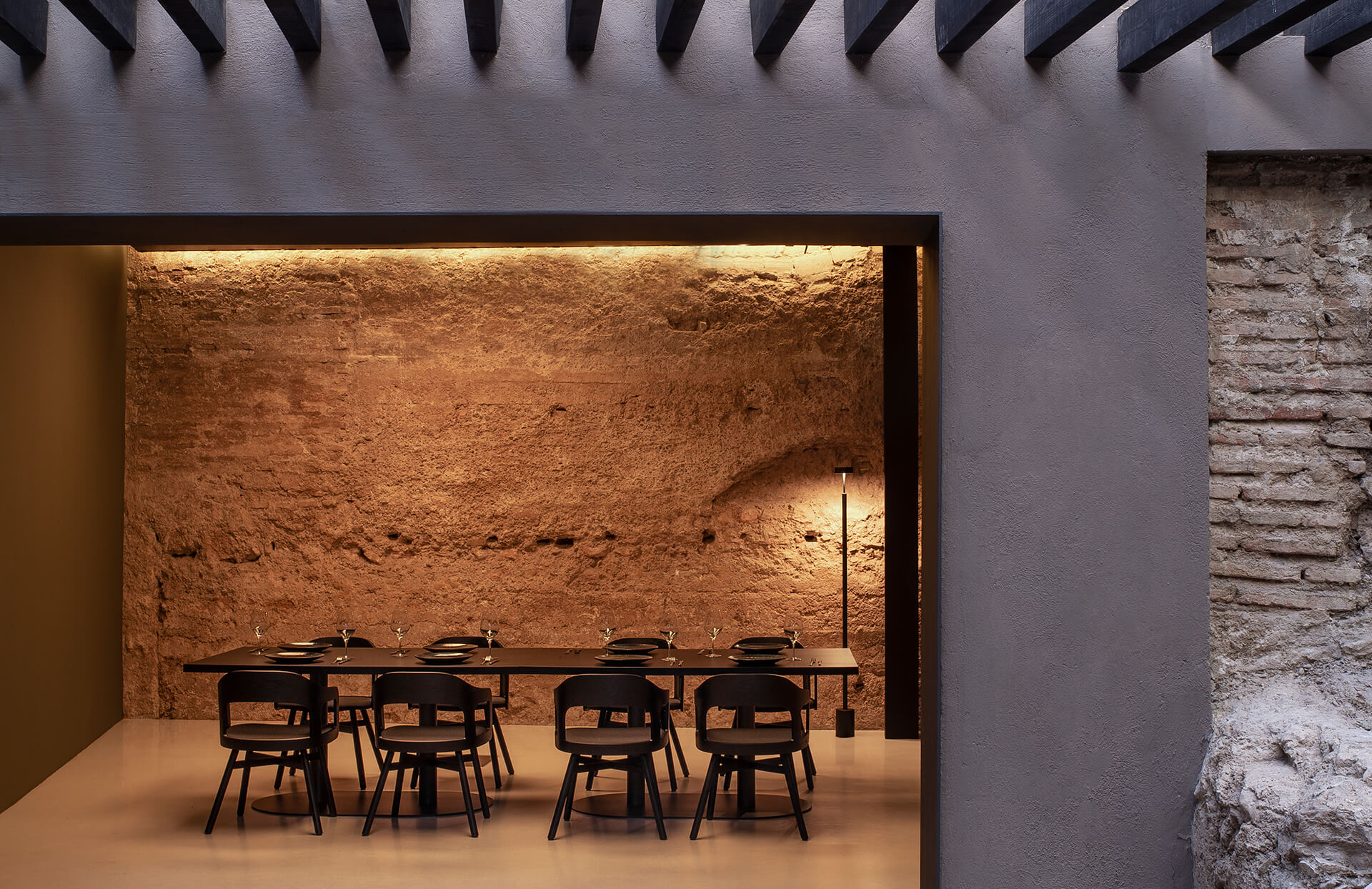 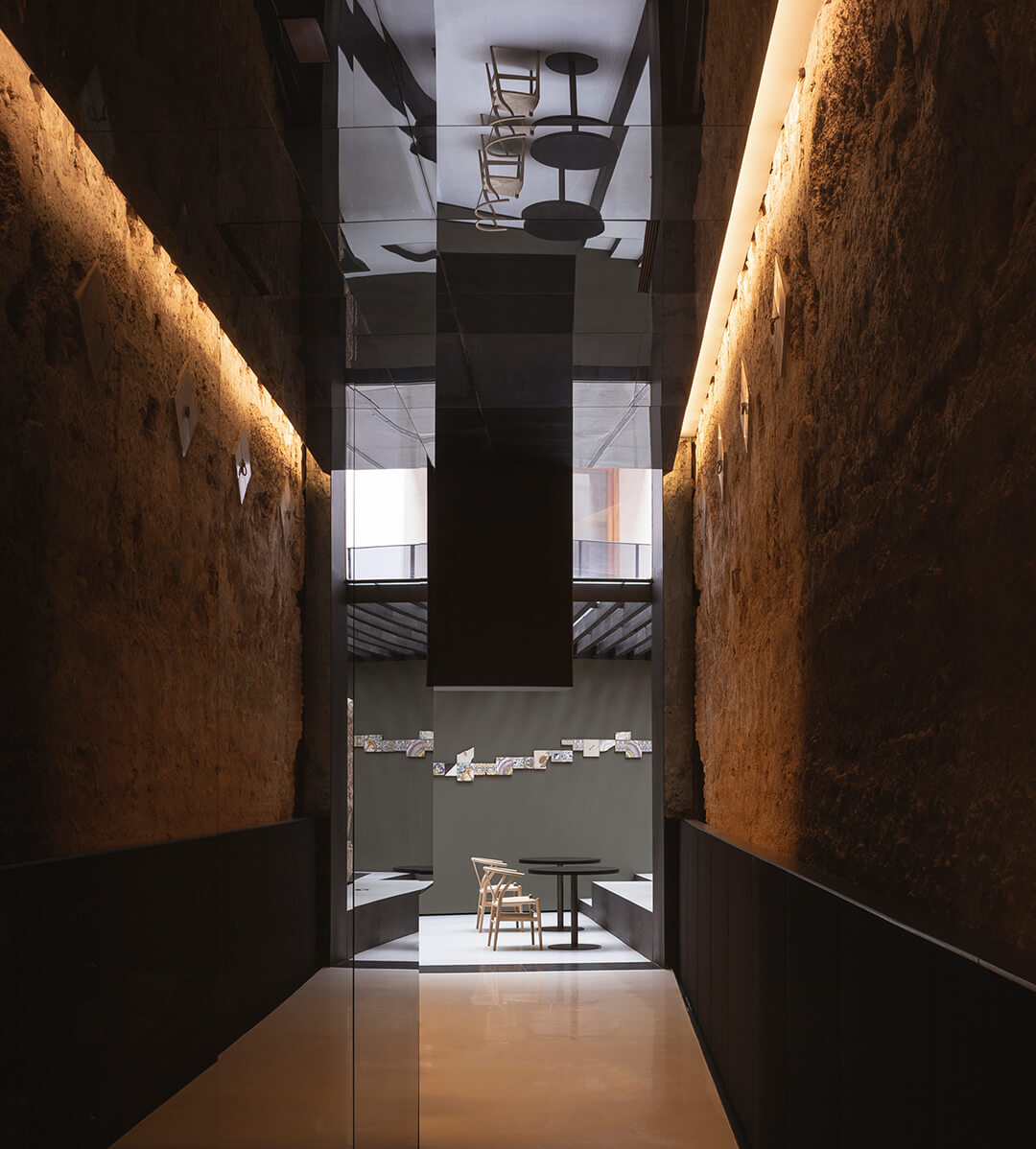 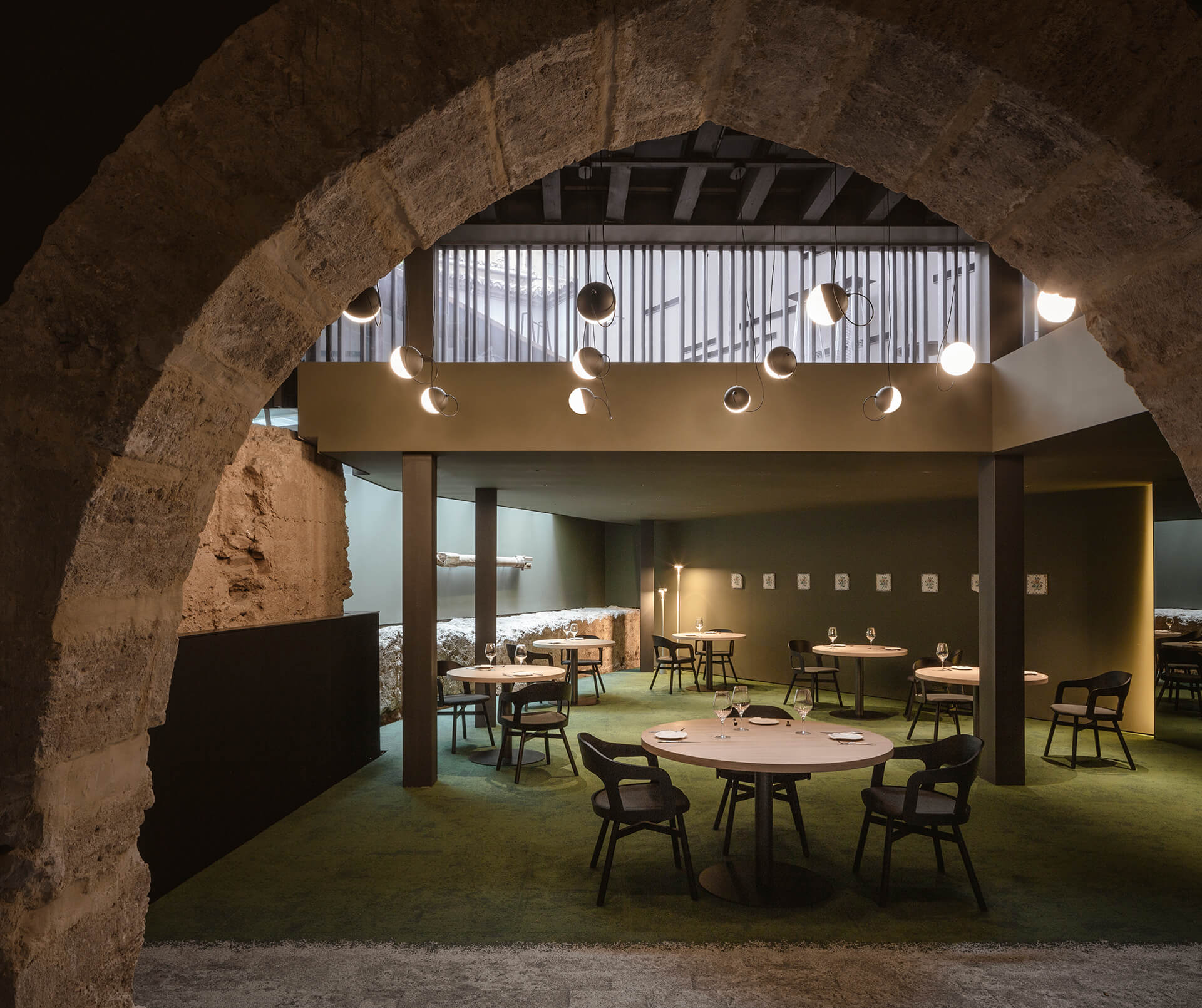 Sucede is a new gastronomic project by chef Miguel Ángel Mayor. His vision is to highlight the Roman and Arabic elements of the city’s current cuisine, and the space helps tell that story beautifully. Located in Valencia’s Carmen district, it is actually a witness to the many hands that have moulded the city: inside, there are still ruins of the old Muslim-era wall that protected its borders in the 12th century, including a watchtower.

More has never meant better to me 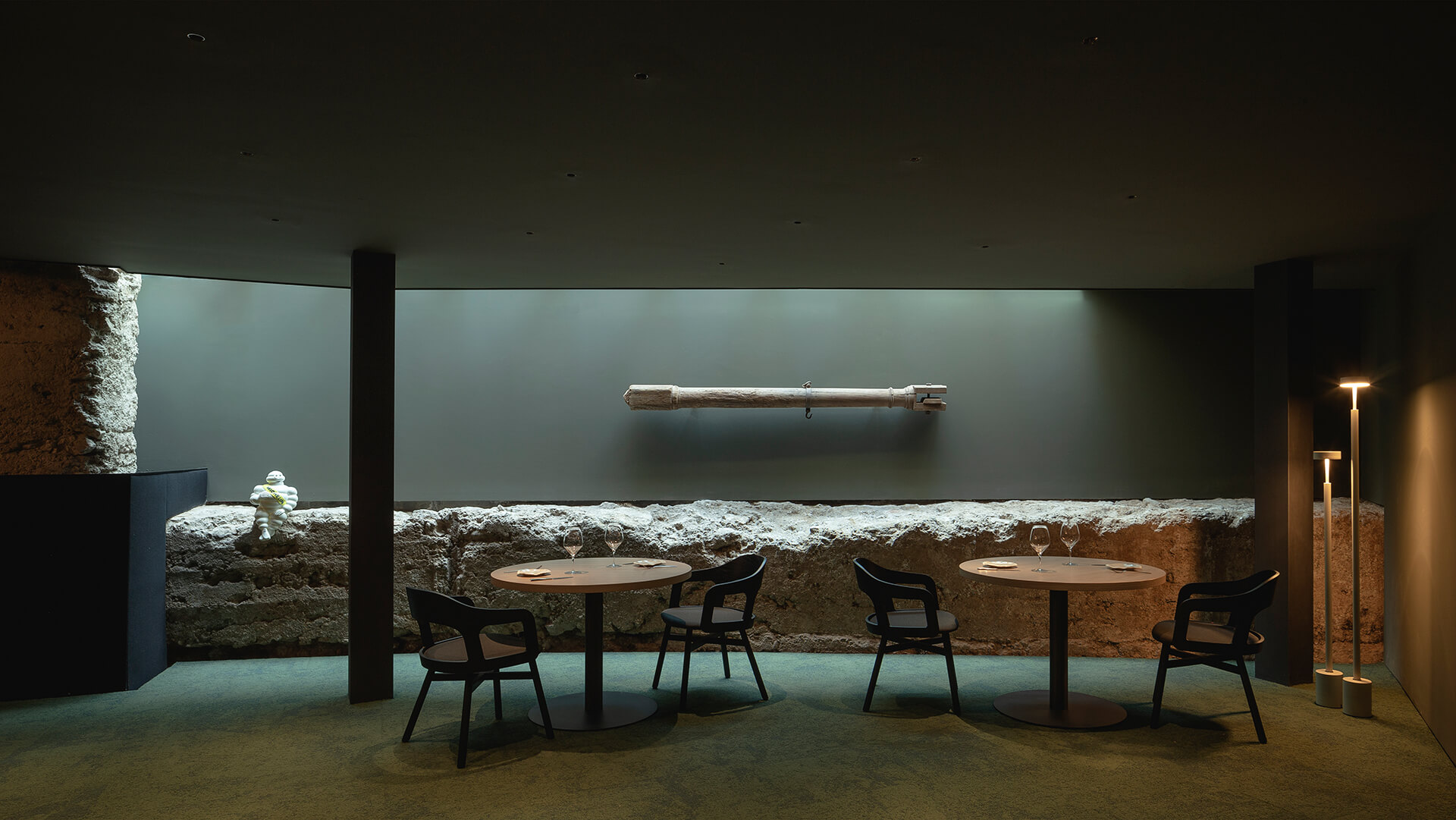 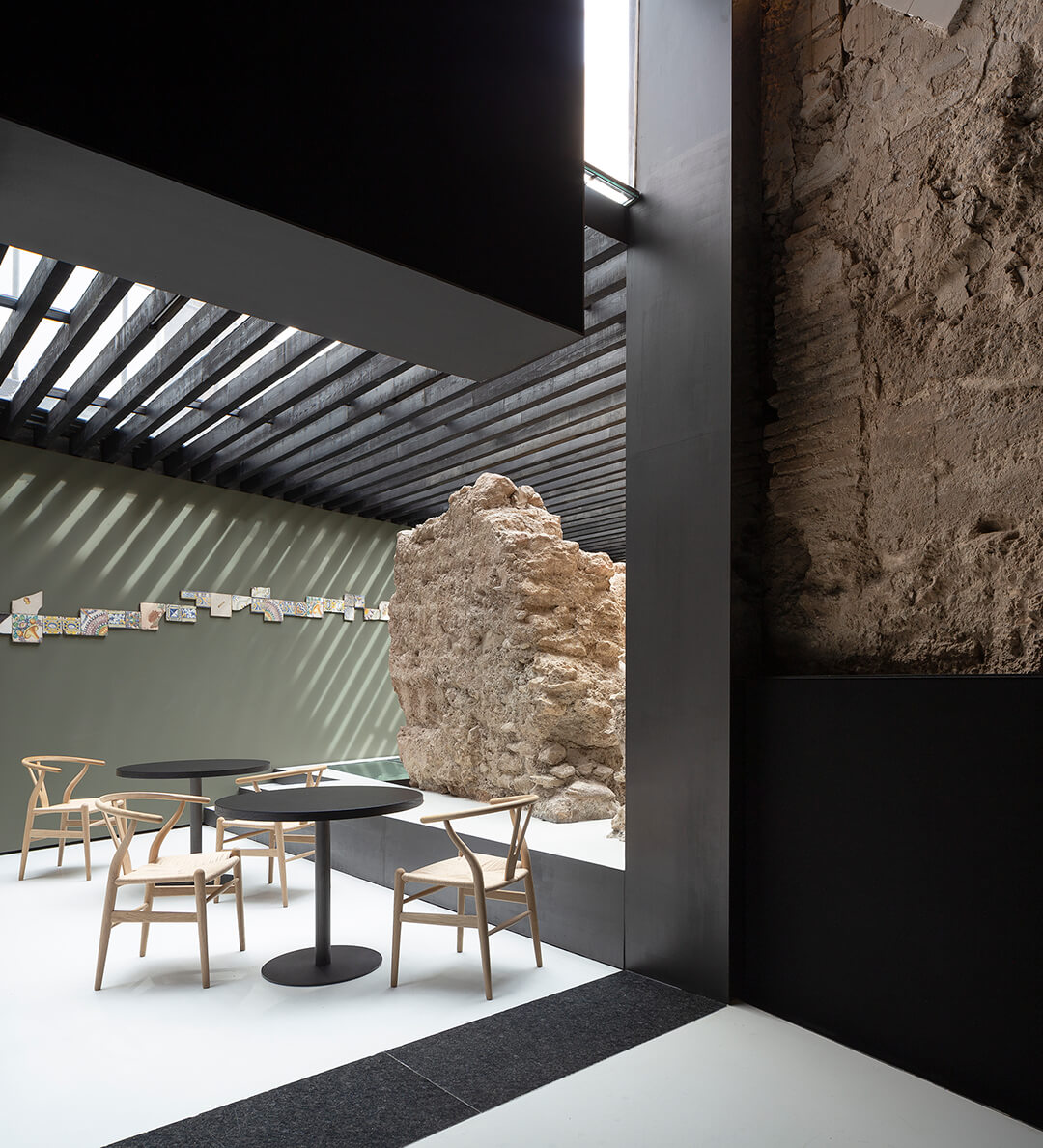 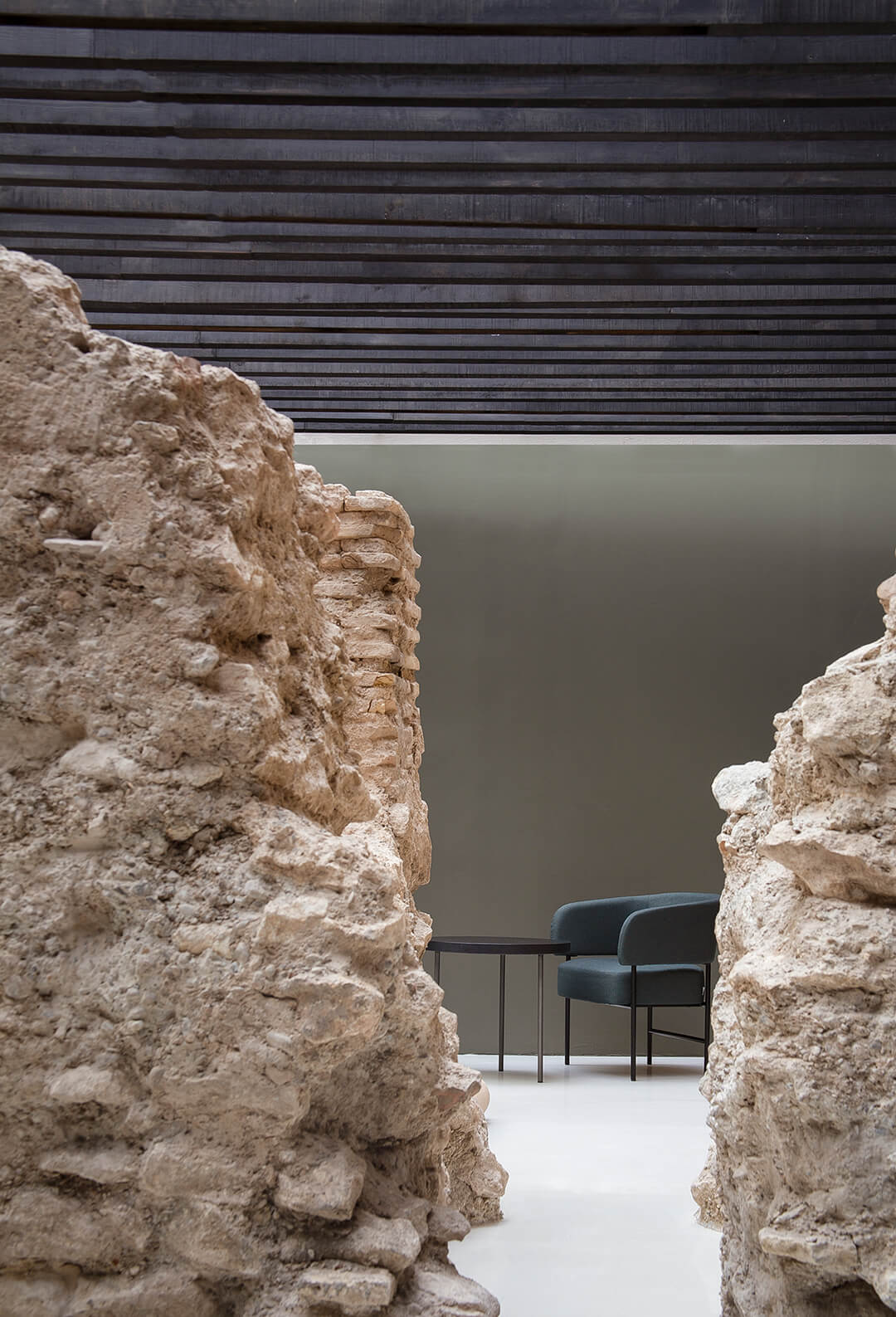 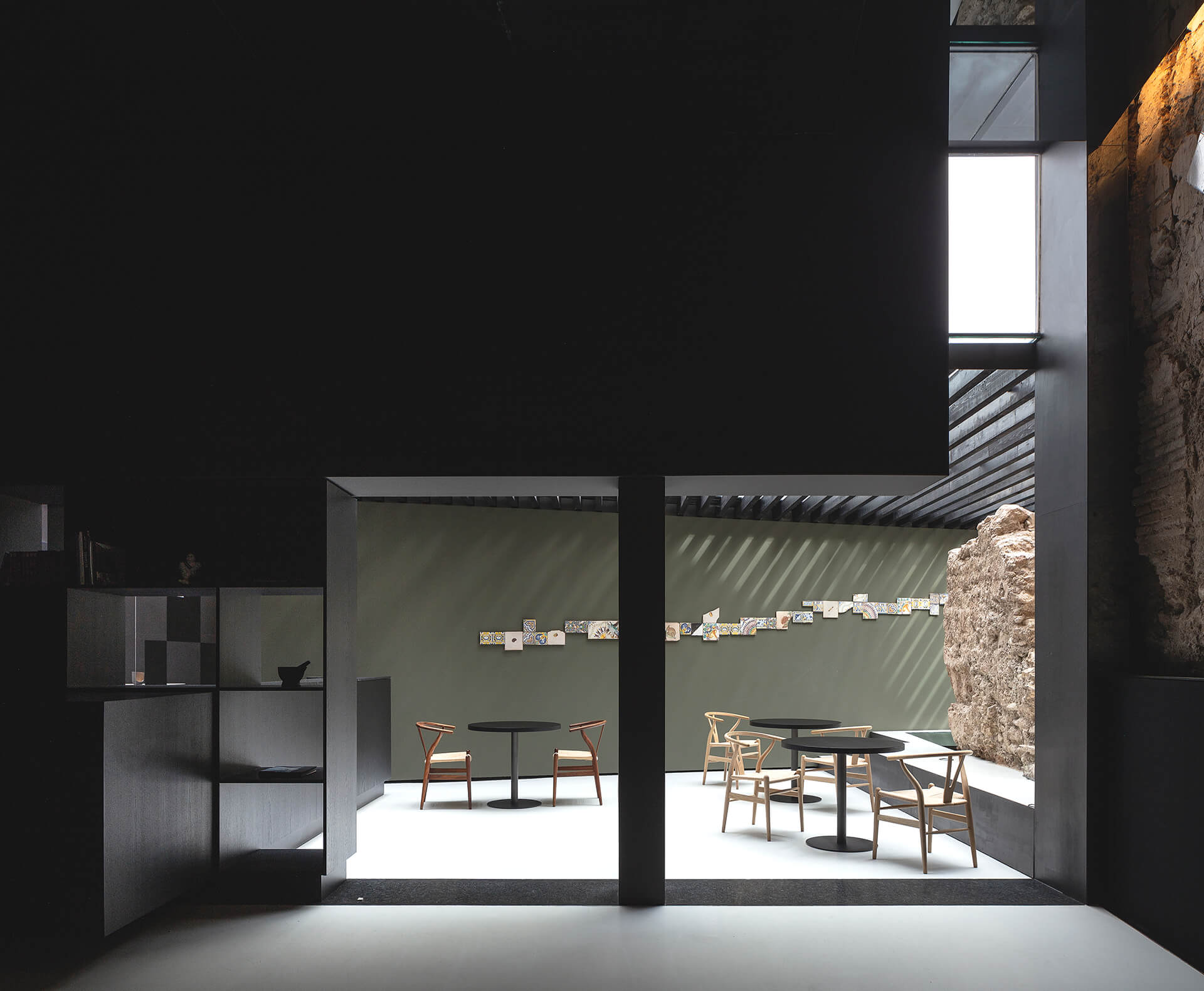 But Rifé’s hands are also there, as his studio refurbished the space to house the restaurant that was previously there. With the humility to avoid revisionism, the designer decided to let 70 per cent of the previous work stand, and instead only focus on rearranging a few key layout elements – the new bar also doubles as a counter for the maître d’ – and use lighting and glass to highlight the importance of the Arab elements.

‘The goal, in the end, was to create a space that was quieter and more introspective, where even sobriety could be seen as charming,’ he added. ‘More has never meant better to me.’