Viktoras and Danguolė Butkus’ 5000-piece-plus collection of Lithuanian art dating from the 1950s to today was assembled in less than 10 years – today, the pieces are housed by MO Museum, a new cultural powerhouse in Vilnius designed by Studio Libeskind. The institution adds victory to victory: a portion of the works in the collection is art that was considered ideologically unacceptable by Soviet authorities, consequently omitted from national museum collections of the time.

Showing retroactive respect is just one fraction of the museum, though – the collection is continually expanding with modern Lithuanian work. Also representative of the generation of artists who comprised the creative community during the restoration of Lithuania’s independence in the early nineties, MO is not just a museum, but a collective historical account. Despite being private, MO is, in every sense, a gift to the city of Vilnius and Lithuania in whole.

Studio Libeskind has spearheaded culturally sensitive projects like the Jewish Museum in Berlin, opened in 2001, and The World Trade Center master plan, which began in 2003 and is still in development – rendering the past and expressing it in the current. As the city of Vilnius rapidly maturates, it’s hard to imagine a studio that could have been better suited to creating an evergreen space for MO: a museum with and without walls, according to its director, Milda Ivanauskienė. 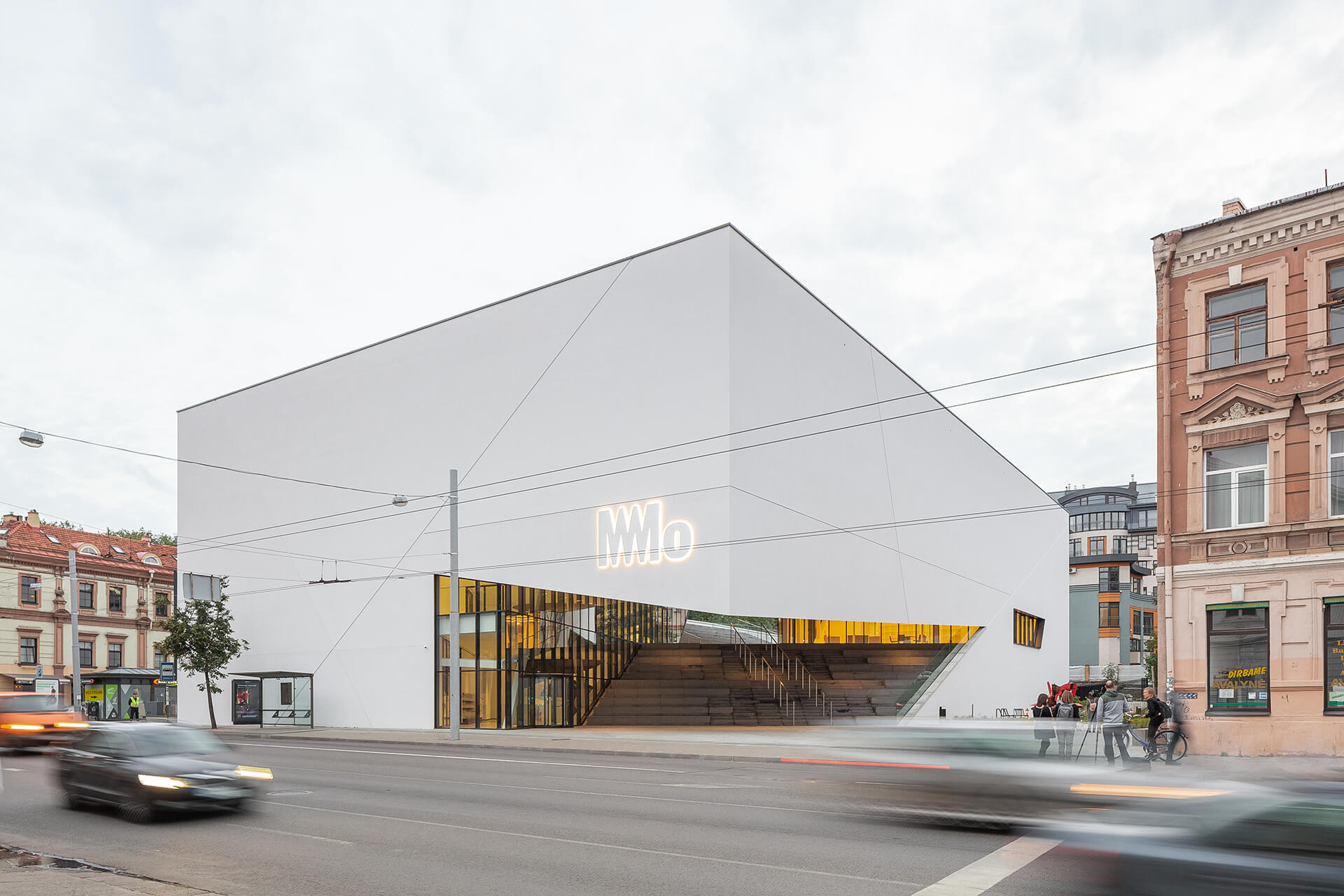 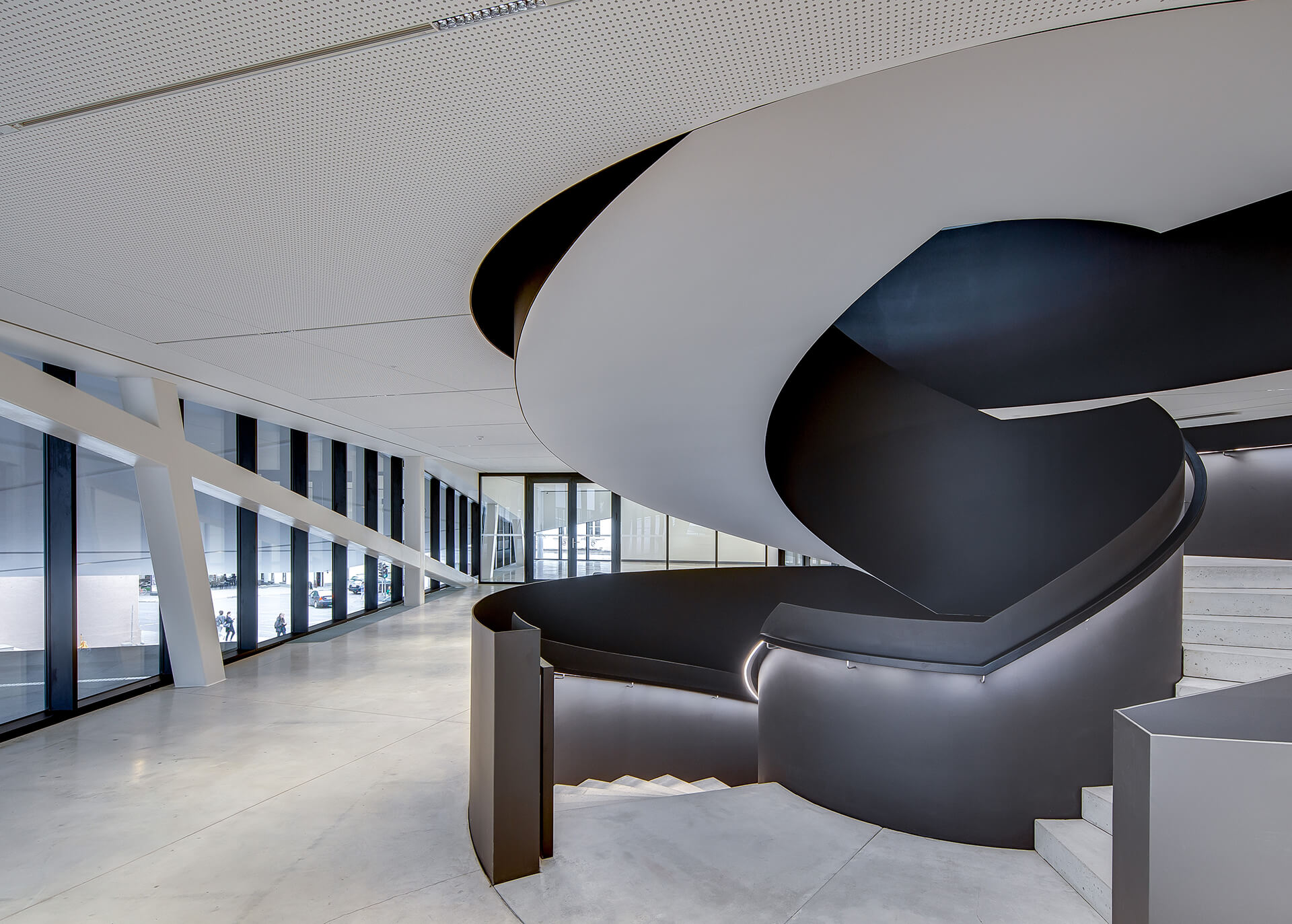 Before the new Amos Rex museum was built in Helsinki, they had rejected the Guggenheim proposal for an outpost in the city. Was a similar force at hand in Vilnius with MO – that is to say, is there a certain need now to prioritize pride for national work and cultural identity rather than import it?

MILDA IVANAUSKIENĖ: Amos Rex demonstrates a clear alternative to build culture and create value from within rather than to import culture: although the forces at hand to drop the Guggenheim project and to develop MO museum did not have a direct link one with another, the end-result reflects similar values that were vocalised in Finland. The core mission of our exhibition and public programs is to offer innovative, inclusive, topical and attractive presentation and mediation of modern and contemporary Lithuanian art in a wider international context.

One of the goals of the museum is to make Lithuanian artists more recognised and appreciated in Lithuania. It’s important for us to introduce never-before-seen works of art created behind the Iron Curtain to an international audience and create links with different art scenes. The second show Animal-Human-Robot, will represent some of the collection’s highlights alongside with internationally renowned artists – Hito Steyerl, Katja Novitskova, Daiga Grantina, Mikelis Fišers and others.

How does the design of the museum represent the city? Welding the history of Vilnius together seems very important in recent projects by Lithuanian designers.

The MO Museum building was conceived as a cultural gateway to link the past and future: it stands at the intersection of the medieval Vilnius Old Town and the city’s newer westward expansion. Studio Libeskind’s design is inspired by Vilnius’ historical city gates and references local architecture both in form and materials: it’s linked to Vilnius through the use of the golden ratio. The rectilinear exterior façades are finished in crisp white stucco referencing materials found in the classical architectural landmarks of the city. It establishes a harmonious relationship between tradition and innovation.

Symbolically, the interior courtyard cuts through the entire building and features a dramatic staircase connecting a plaza at street level with an open terrace on the roof allowing the structure to flow between exterior and interior, the public and the private. There is also a possibility to explore the open museum spaces 24/7, a new perspective in the centre of Vilnius. 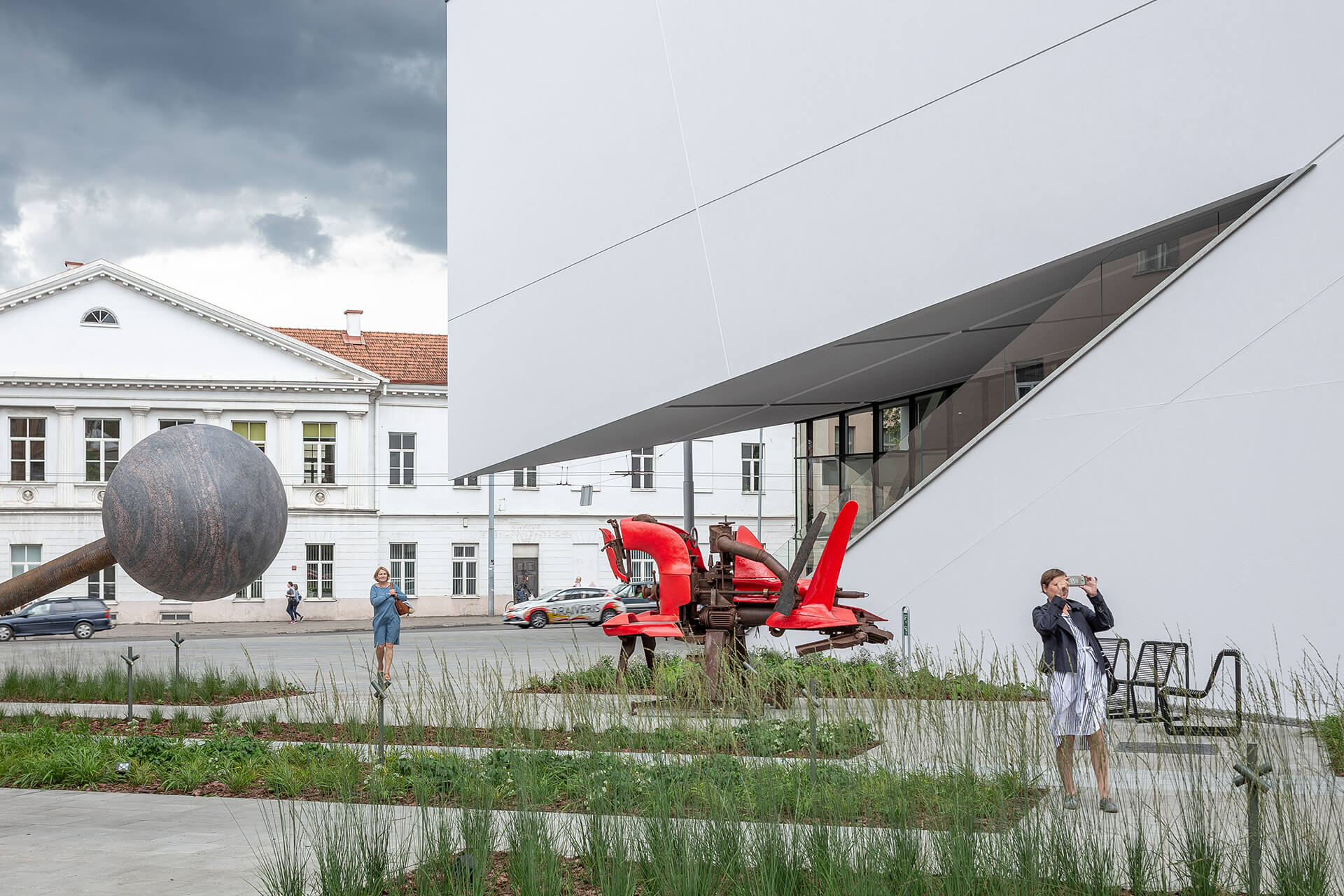 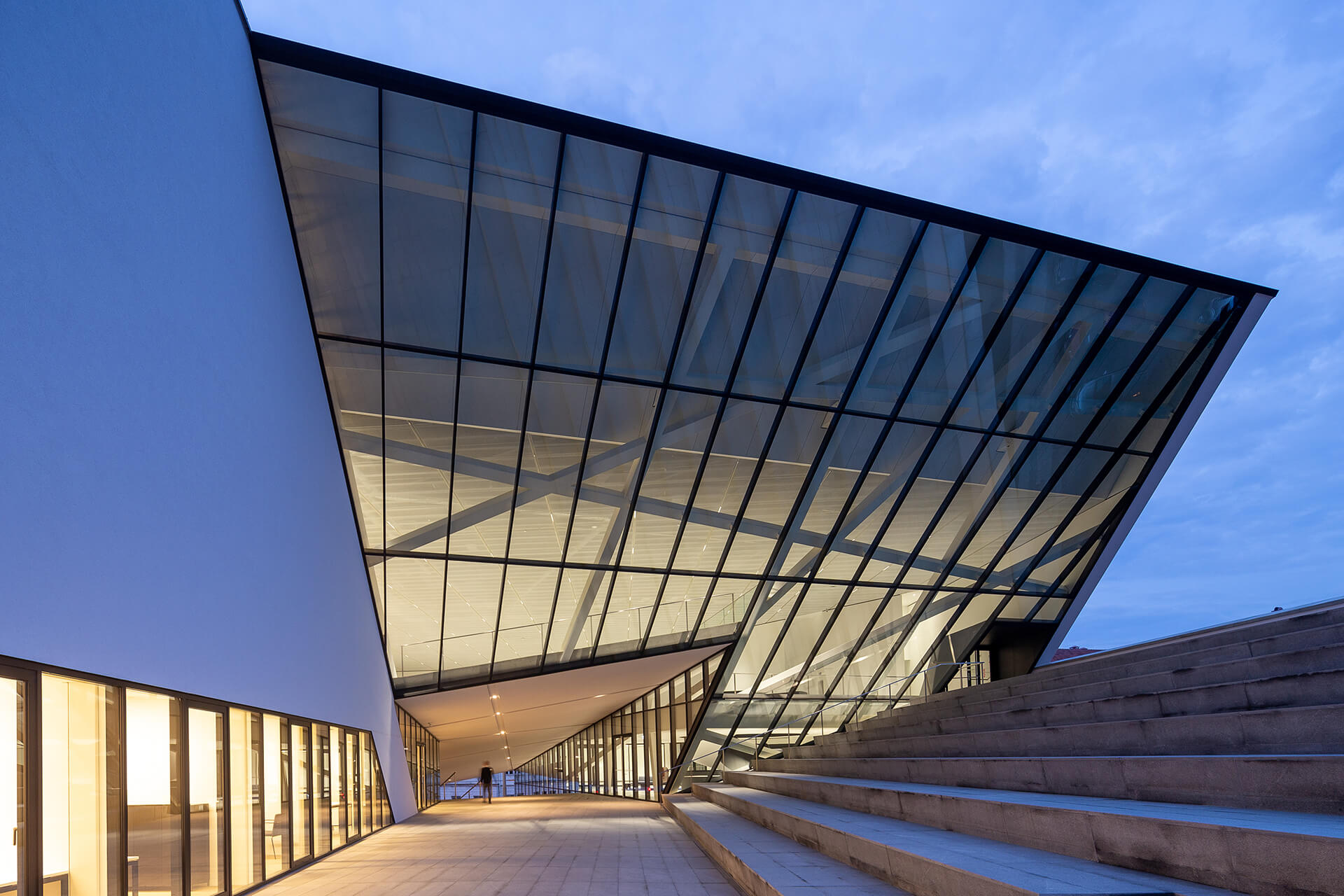 As a private museum, what freedoms did MO have to establish a truly representative institution that may have otherwise not been possible? How did working with Studio Libeskind manifest the best possible outcome for what MO wished to express with the space?

We were more flexible and could make fast decisions – the project was successfully implemented only with the third attempt, yet we were free to choose the architect, and the building was ready within one and a half years. The process was not complicated by bureaucracy and rules of public procurement, and the construction was incredibly smooth and efficient.

MO Museum is first and foremost intended as a place for the visitors to spend their free time in a meaningful way, as a place for inspiration. We wanted a cultural venue that would encourage human interaction and creativity. Studio Libeskind followed this vision and the building incorporates these values into the physical experience. MO is already a ‘museum without walls’ in that it has established important activities to extend beyond the space: book publishing on art education, and the implementation of different projects, like a travelling museum and talking statues within Vilnius that reflect the attitude of openness and accessibility. 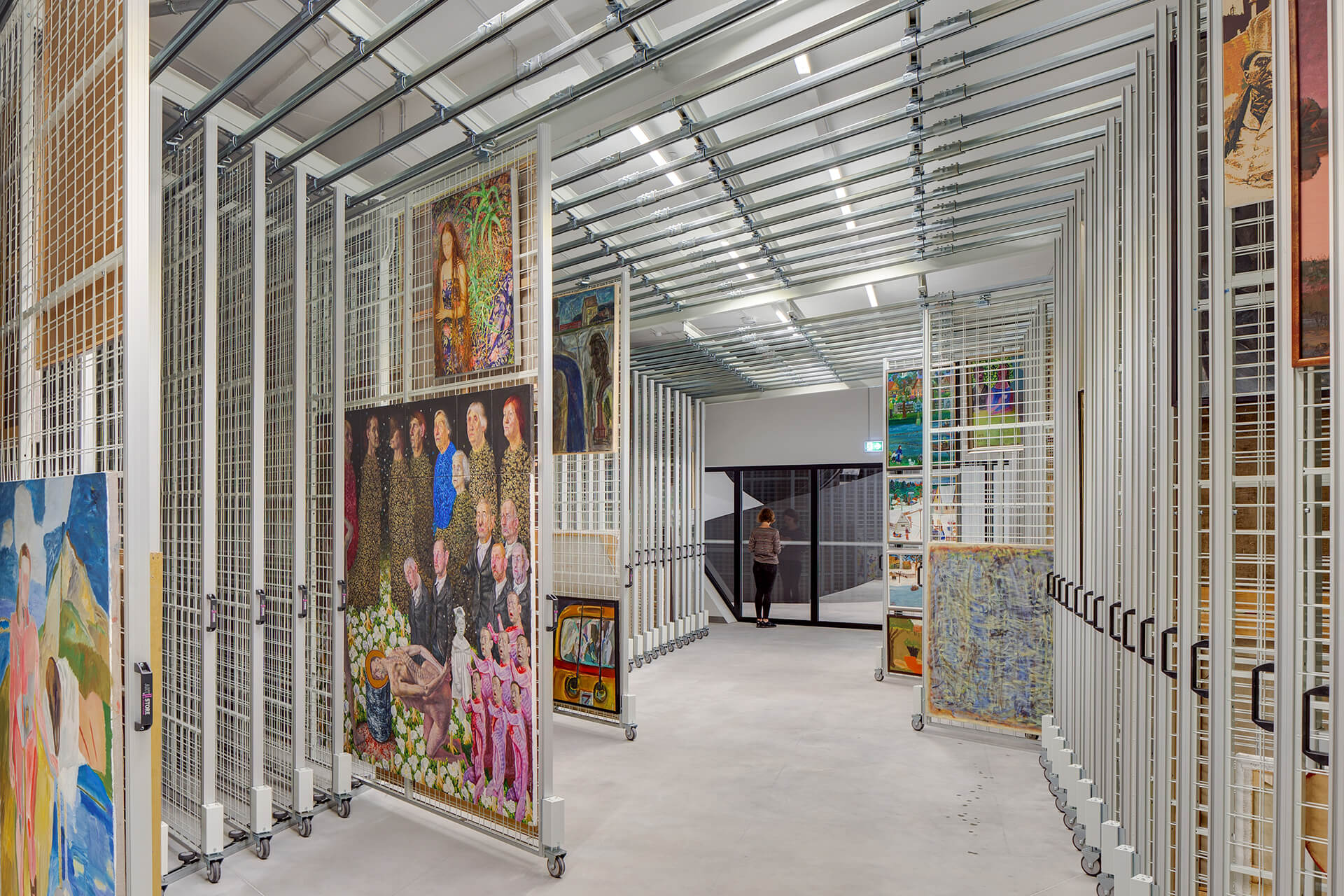 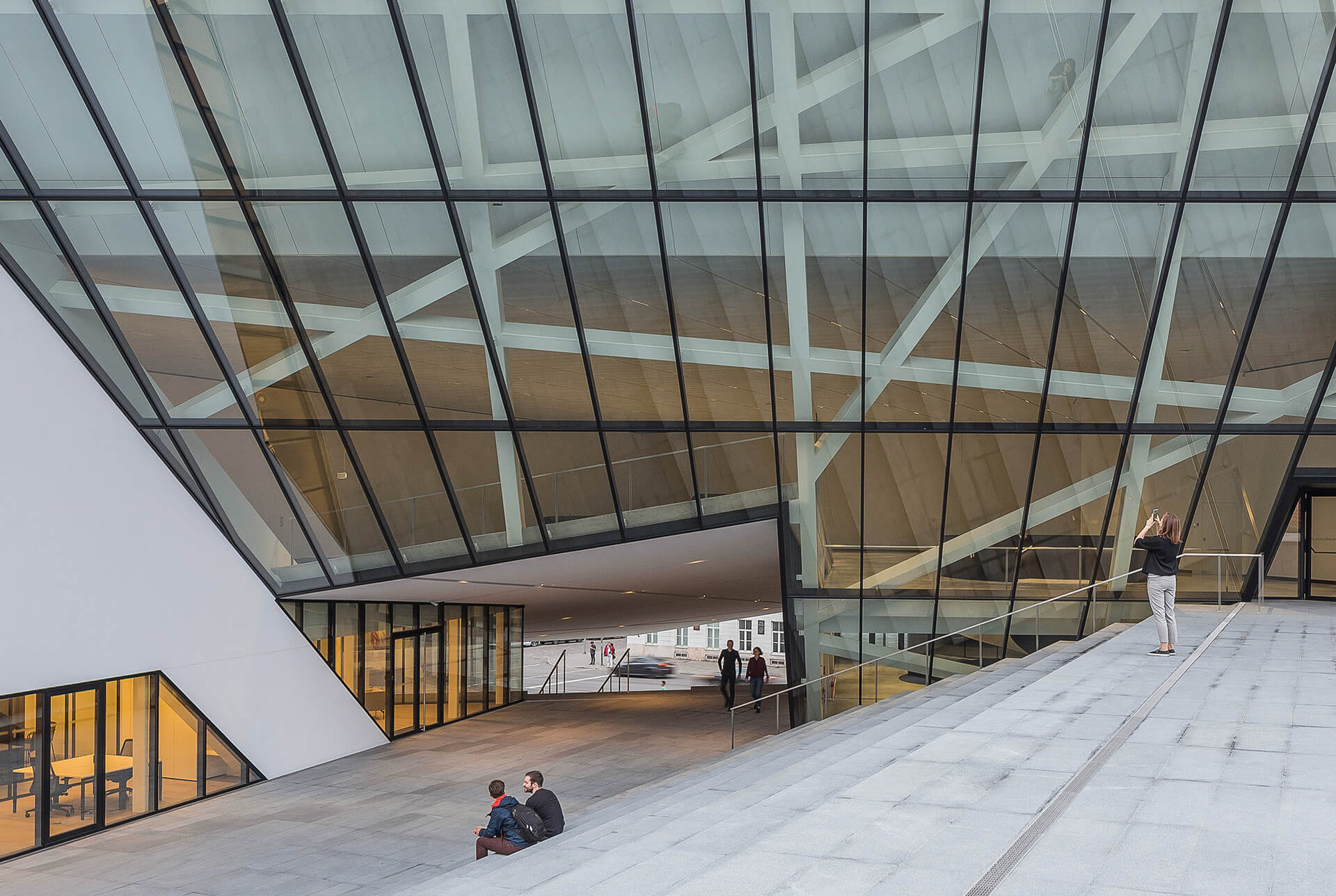 What are the most essential spatial features in the museum? How does the space optimise the visitor’s perception of the art and their experience in total?

The transparency of the façade and the ease of transition between the building’s exterior and interior spaces embody the idea of an open and welcoming museum. In addition to almost 1,500 sq-m of exhibition space, there’s a reading room with a rich collection of publications and a storage area with a glazed wall allowing a peek at the collection. A great deal of attention has been paid to the convenience and comfort of the visitors.

One of the most important features of Studio Libeskind’s designs for cultural institutions is the incorporation of public space. In the case of MO Museum, the central opening that pierces the building is a three-level space made available for public use. The plaza, located at street level directly in front of the museum’s main entrance, acts as an amphitheatre for performances and a forum for people to gather connected to a multi-purpose upper terrace. By designing these spaces that can be adapted for a range of purposes, the architects have created an attractive entrance area to the museum that encourages visitors to actively use the entire core of the building.

The MO Museum building occupies less than half of the land the institution owns: an adjacent sculpture garden offers visitors a chance to experience art in natural surroundings. In this green space, guests may sit quietly, read a book, or take a walk among the plants growing here and the sculptural works on display from the collection. It embodies one of the museum’s key functions: to provide a welcoming environment for people to meet and interact.

This interview has been edited and condensed for clarity.